KABUL: Mawlawi Hibatullah, the Afghan Taliban’s supreme commander, said on Wednesday that the group was fully abiding by the conditions of the peace deal signed with the US in February this year and called on Washington not to allow anyone to derail the “extraordinary accomplishment.”

“The Islamic Emirate [Taliban] is committed to the agreement signed with America and urges the other side to honor its commitments and not allow this critical opportunity to go to waste,” Hibatullah said in a statement posted on the Taliban’s website ahead of Eid Al-Fitr, which is expected to be celebrated in Afghanistan in three days.

He added that implementing the accord could prove to be a “powerful instrument” for bringing an end to the war between America and Afghanistan.

“I urge American officials to not afford anyone the opportunity to obstruct, delay and ultimately derail this internationally recognized bilateral agreement,” the 59-year-old leader said.

A religious scholar, like many Taliban leaders, Hibatullah took over the top mantle after his predecessor was killed in a drone strike in Pakistan in 2016, crushing all hopes for the start of peace talks with the group.

His comments follow a warning by Taliban field commanders and spokesmen, who issued several statements about the infringement of the deal since April this year, insisting that Washington was not abiding by it and was attacking civilian targets.

According to Afghan lawmakers and media reports, more than 70 civilians have been killed in airstrikes since the deal was inked in February.

Two other critical aspects of the agreement — a prisoner exchange program between the Taliban and Afghan government and the start of an intra-Afghan dialogue, the timetable for which was set in March — have not been implemented either.

“Detainees are languishing in harsh and difficult conditions in the prisons of the Kabul administration. Humanitarian organizations and various charitable groups and individuals should feel a sense of responsibility in this regard and must take all necessary steps for the safe and quick release of prisoners,” Hibatullah said, pointing at the lack of progress in the exchange program.

As of May, the Taliban had freed more than 300 government inmates while Kabul has released more than 600, contrary to the agreement to free 5,000 Taliban inmates by March.

The government said that it had halted the process after a rise in Taliban attacks, with the deadliest one on a maternity hospital in the Nangarhar province last week. The attack killed 24 people, some of them newborn babies.

Kabul says the Taliban conducted the strike, but the US and Taliban say it was the work of Daesh.

Based on the accord, which came after several months of secret talks between the US and the Taliban and excluded President Ashraf Ghani’s government, the Taliban had halted attacks against US-led troops.

However, they have stepped up assaults against Afghan forces, leading to an uptick in violence.

According to foreign and local media reports, more than 500 troops have died since February.

While Kabul has not released official data on the number of casualties, the government says the Taliban have conducted more than 3,000 strikes.

Abdul Satar Saadat, a politician who served as Ghani’s advisor, said Hibatullah’s comments were part of the “general thinking among the Taliban leadership now that the deal may fall apart.”

“The Taliban leadership is concerned by the possible collapse of the accord and worried that the opportunity created by the agreement could be disrupted,” Saadat told Arab News.

“The process of the prisoners’ exchange has not taken place fully, and there is no sign of any movement on the intra-Afghan talks. If these talks fail, we will see a further intensification of violence, and the Taliban may announce their annual spring offensive. So far, because of the deal, the Taliban have refrained from doing so,” he said, before warning of “more bloodshed and war if the accord collapses.”

To assuage concerns that the Taliban were looking to regain power and re-establish the entirely male-dominated regime that ruled Afghanistan for five years until it was ousted in the US-led invasion in 2001, Hibatullah said this was not the plan. He instead urged the Taliban to “avoid treating Afghans with bigotry, prejudice, and discord and refrain from acts that can harm national unity and sovereignty.”

“The Islamic Emirate does not have a monopolist policy; every male and female member of society shall be given their due rights… for the welfare and development of society,” he said.

Amid claims by the Taliban that hundreds of Afghan forces had, in recent months, surrendered to the insurgent group, Hibatullah reiterated the announcement of an amnesty for government forces.

The amnesty allows soldiers to resume life as ordinary citizens, immune from any revenge attacks by the Taliban.

“We urge everyone to take full advantage of this amnesty by ending their opposition and not becoming an impediment for the establishment of an Islamic government, which is the aspiration of millions,” he said.

READ  Competing for space on the increasingly crowded ocean

Reacting to Hibatullah’s statement, Sediq Seddiqi, Ghani’s chief spokesman, said in a tweet on Wednesday: “This message has no meaning unless [the Taliban] agree to reconcile with people.” 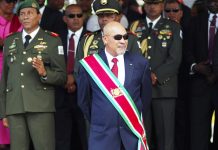 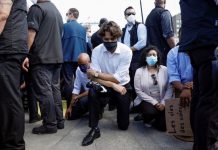 Canada's Justin Trudeau takes a knee at protest, is urged to 'stand up to Trump' 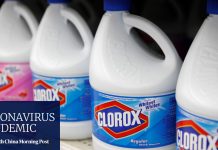 Gargling with bleach? Over one in three Americans misusing disinfectants to prevent coronavirus, survey finds 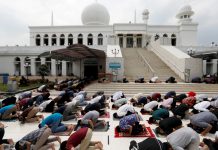 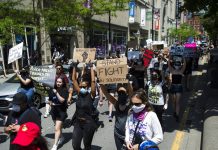 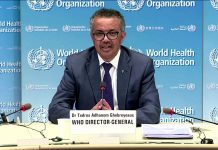 Wear masks in public says WHO, in update of Covid-19 advice

US protests latest: Trump invokes George Floyd ‘looking down’ from heaven during victory lap on economy 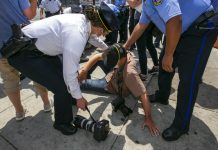 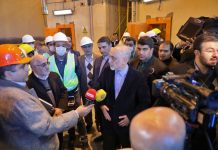 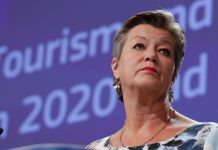 Coronavirus: EU to start allowing in outside travellers from July