The man caught on camera repeatedly punching a young “Lennon Wall” volunteer who refused to resort to violence appeared in a Hong Kong court today.

The 46-year-old man, identified as taxi driver Wong Kin-hoi, has been charged with assault, but was not required to enter a plea at the Kwun Tong Magistrates’ Court this morning. However, Ming Pao reports that the prosecution revealed that Wong admitted under police caution that he assaulted two men he didn’t know.

The assault in question took place on July 11, when Wong showed up to the Lennon Wall outside the Kowloon Bay MTR station — one of many such displays to appear in the city in recent weeks — and began tearing down messages that had been posted there in support of the city’s mostly young anti-government protesters.

After Wong allegedly pushed over 65-year-old Lee Chun-kwong, who was among those looking after the display, he was confronted by a handful of other volunteers, including 36-year-old Mak Sai-kit.

In a video of the altercation, Mak can be seen standing in front of Wong to prevent him from leaving, with Wong responding by punching Mak several times in the face, shouting, “Come on! Do you want this?” Mak, for his part, calmly takes blow after blow with his hands clasped behind his back.

At one point, Wong can be heard saying, “File charges against me, then, I’m drunk.”

During his court hearing today, Wong’s lawyer said the defendant had a monthly income of around HK$10,000 (about US$1,280) and lived alone, but supported his elderly parents.

The magistrate adjourned the case until August 30, and released Wong on bail for HK$5,000 (US$640). Wong is also required to report to the police station three times a week, and is not allowed to contact prosecution witnesses.

Hong Kong homebuyers show up for third weekend sale in a row, shrugging aside Trump’s threat amid rising US-China tension 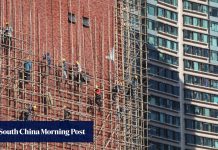 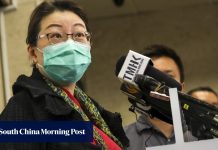 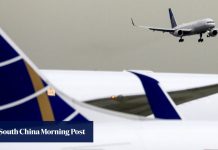 Hong Kong protests: why the mantra of ‘no cutting of ties’ means no one will chide the violent demonstrators 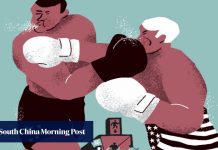 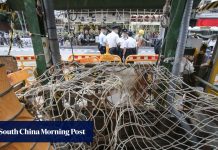