A century-old tuberculosis vaccine could be playing a role in reducing the death rate from Covid-19 in countries where it is widely used, according to a preliminary US study.

They found that some Latin American regions – including Pernambuco, Rio de Janeiro and Sao Paulo in Brazil and Mexico City in Mexico – had considerably lower death rates than states in the US such as New York, Illinois, Louisiana and Florida.

“This is remarkable, considering that [these parts of] Latin America have much higher population densities than the North American states analysed, including New York,” co-author Carolina Barillas-Mury wrote in a peer-reviewed paper in the Proceedings of the National Academy of Sciences of the United States of America on Tuesday.

In Europe, Germany also had surprising results – the death rate from Covid-19 was 2.9 times higher among people from the former West Germany than those in the former East Germany. And the mortality rate was four times higher in Italy than in Finland.

According to the study, the places where death rates were lower varied in terms of age distribution, incomes, and health care access, but they all had one thing in common: a TB vaccination programme.

In Germany, for example, the BCG immunisation plans were different before the country was unified in 1990.

The former East Germany began inoculating children against TB a decade earlier than in the West, meaning more older Germans in the eastern parts of the country were likely to have been given the vaccine. Older people are believed to be at increased risk from Covid-19.

Based on the data, the researchers estimated that a 10 per cent increase in TB vaccine coverage could lead to a 10 per cent reduction in deaths from Covid-19.

The researchers also challenged the World Health Organisation’s position on the TB vaccine that “there is no evidence” it is effective – it is not the first study into the potential for BCG to protect against Covid-19 .

The WHO said in April: “Such ecological studies are prone to significant bias from many confounders, including differences in national demographics and disease burden, testing rates for Covid-19 virus infections, and the stage of the pandemic in each country.”

Luis Escobar, a co-author of the latest study, said the research had taken the WHO’s concerns into account. “All countries are different: Guatemala has a younger population than, say, Italy, so we had to make adjustments to the data to accommodate those differences,” he said.

The researchers said the positive effect of the vaccine was found to be significant, but they had no definitive answer as to why.

BCG, named after French microbiologists Albert Calmette and Camille Guerin who developed it, contains a live strain of Mycobaterium bovis , which is related to the bacteria that causes TB.

The disease, which caused one in seven deaths in America and Europe at the turn of the 20th century, became preventable after the vaccine was introduced in 1921.

Previous studies have found that the vaccine could also give children broad protection against other diseases such as respiratory infections not related to tuberculosis. This phenomenon has been reported in countries including Guinea-Bissau and Spain.

She also noted in a statement on Wednesday that if the vaccine was found to be protective against Covid-19, “production would have to increase to meet the sudden spike in vaccine demand in order to prevent a delay in distribution to countries that very much need it to fight tuberculosis”.

But the researchers cautioned that their results were preliminary and should not be used to guide government policy at this stage. 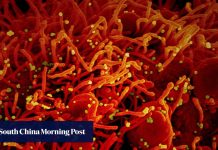 No sign of big mutations in coronavirus strains, study finds

China ready for US talks at ‘any time, any issue and any level’ 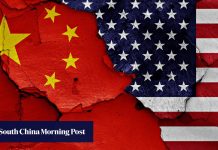 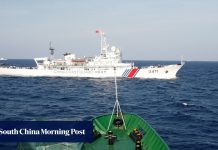 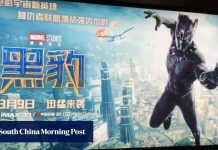 As China’s dream of ‘aircraft-carrier-sized’ investment banks takes shape, it must not repeat US mistakes 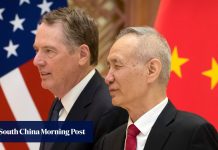 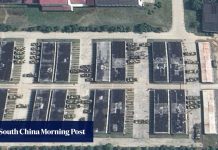 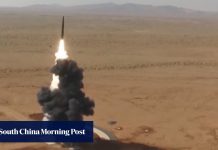