PETALING JAYA, February 18 — Residents in the US state of Texas are going all out to rescue cold-stunned sea turtles from frigid waters and storms and placing them at convention centres.

More than 2,500 turtles have been rescued and placed at Sea Turtle Inc, a conservation organisation in South Padre Island, Texas.

According to NPR, when temperatures drop below 50 degrees Fahrenheit (10 degrees Celsius), sea turtles remain awake but lose the ability to move.

The condition is called a ‘cold stun’ that often leads to the death of sea turtles’ by injury, stranding or drowning.

According to the HuffPost, the National Oceanic and Atmospheric Administration said that cold-stunned turtles become lethargic and are eventually unable to swim causing them to float at the surface of water.

Texas’s South Padre Island Convention executive director Ed Caum said that most people are bringing either one or two turtles to the centre.

“Sometimes, we also had trailers full of turtles coming in that had 80 and even 100 turtles,” he said.

South Padre Island convention centre helped to house the sea turtles on Monday after the Sea Turtle Inc was unable to handle the increasing number of sea turtles being placed at the centre.

READ  Australian triathlete Chris McCormack’s single-minded training obsession has given way to a healthier relationship with exercise – and his Breitling Endurance Pro keeps time, too

The organisation has also been able to accommodate the turtles with assistance from the community, including from the local government.

Sea Turtle Inc executive director Wendy Knight told HuffPost that it was the largest cold-stun event in more than a decade, and efforts are underway to protect and rescue the turtles.

“The love and support of people who just want to help things that can’t help themselves is overwhelming,” she said. 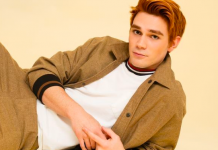 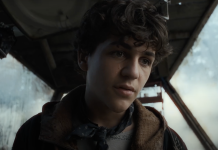