What a season it has been so far for Southampton and Danny Ings.

The Saints have marched into the Premier League’s top four, helped by the five goals of in-form striker Ings, who has been rated by you as the player of the season so far.

Taking the averages of scores from BBC Sport’s Player Rater, four members of Ralph Hasenhuttl’s side feature in the overall top 10, with Southampton players appearing in each positional category too.

Players from league leaders Leicester have also impressed, including 19-year-old defender Wesley Fofana, who has an overall average of 7.21.

Players need to have made at least four top-flight appearances this season to be included on the lists.

A word of caution for Manchester United supporters, you may want to turn away, as we took a look back through the player ratings from Premier League matches.

Ings tops the overall list and may well have been included in the England squad for the forthcoming international fixtures, were it not for a knee injury.

However, there is no space in the top 10 for the in-form Harry Kane and Tottenham team-mate Son Heung-min, who is joint top scorer in the division with eight goals, alongside Liverpool’s prolific front man Mohamed Salah and Everton’s Dominic Calvert-Lewin.

Leicester full-back Christian Fuchs is probably the most surprising name on that top 10 list. The 34-year-old considered leaving the Foxes when his contract expired last summer, but keeping the Austrian on for another year looks to be an inspired move by boss Brendan Rodgers.

Chelsea’s new signing Edouard Mendy is the Premier League goalkeeper who has impressed you most this season, with a 7.25 average, steadying the side after replacing the calamitous Kepa Arrizabalaga (average of 3.11 from his three games).

Leeds’ Illan Meslier and Newcastle Karl Darlow have also done well enough to warrant a place in the top 10.

Of goalkeepers to make four or more appearances, Everton’s Jordan Pickford has the lowest average rating of 4.6.

Manchester United number one David de Gea does not fare much better with an average rating of 4.78.

As mentioned, Fuchs has had an excellent start to the season and there is no surprise that Leicester team-mate Timothy Castagne and the man he replaced, Ben Chilwell of Chelsea, are also in.

Despite Brighton’s lowly position of 16th, Tariq Lamptey has been a bright spark for the Seagulls.

Consistency is key, perfectly highlighted by the fact that Liverpool’s dynamic duo Trent Alexander-Arnold and Andrew Robertson, who were both named in the PFA Team of the Year last season, do not make the top 10 so far this campaign after a poor showing in the 7-2 thrashing by Aston Villa.

Alexander-Arnold was given a rating of 2.33 in that game and Robertson 3.13, dragging their average ratings down.

Southampton pairing Jannick Vestergaard and Jan Bednarek both make the top 10 for centre-backs after making strong starts to the new campaign.

Aston Villa’s Tyrone Mings and Ezri Konsa is another defensive pairing that appear, as does the experienced Brazilian Thiago Silva, who signed on a free for Chelsea.

It has been a strong start for title-winning captain Jordan Henderson too, his performances for Liverpool so far enough to claim ninth place.

Some Manchester United players have had a shocker so far and the trend continues in midfield.

The Premier League’s most expensive player Paul Pogba has featured in all seven league games for the club this season but is the central midfielder with the lowest average rating… by far.

The France World Cup winner averages 3.64, with a highest rating of 5.37 achieved in the 4-1 win over Newcastle.

Tottenham midfielder Harry Winks is next, but with a slightly healthier average rating of 4.37.

Wingers have been included in this category too which is why Spurs’ Son, Villa’s Mahmoud Trezeguet and Chelsea’s Hakim Ziyech appear.

Sadio Mane, Patrick Bamford and Calvert-Lewin make the top 10, but there are some surprises too.

Leeds’ club record signing Rodrigo is the ninth highest-rating forward, despite scoring just one goal so far this season.

Villa striker Ollie Watkins has achieved the single highest rating of any player this season with 9.3 for his hat-trick in the 7-2 demolition of champions Liverpool.

Leicester are the current Premier League leaders and from the club’s title-winning team of 2015-16, Kasper Schmeichel, Fuchs, Marc Albrighton and Jamie Vardy have all made appearances in the top-10 categories.

Can they go all the way again?

READ  Elba and wife, recovering from coronavirus, to help others 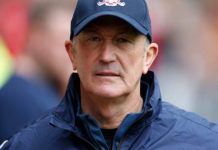 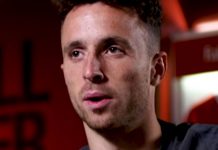 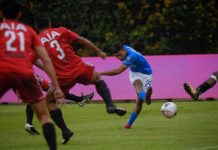 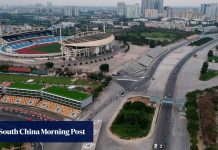 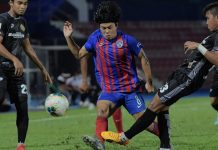 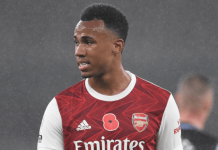 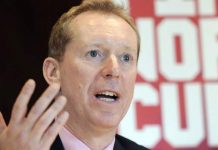 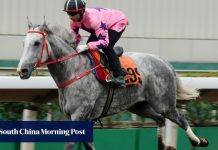 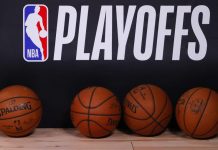