The best Pokemon Scarlet and Violet starter to pick


This article discusses the final evolutions of the starter Pokémon in Scarlet and Violet. Spoilers ahead.

When you start up Pokémon Scarlet and Violet, you face one of the most important decisions you can make in a video game. Which starter Pokémon do you pick to accompany you on your adventure? 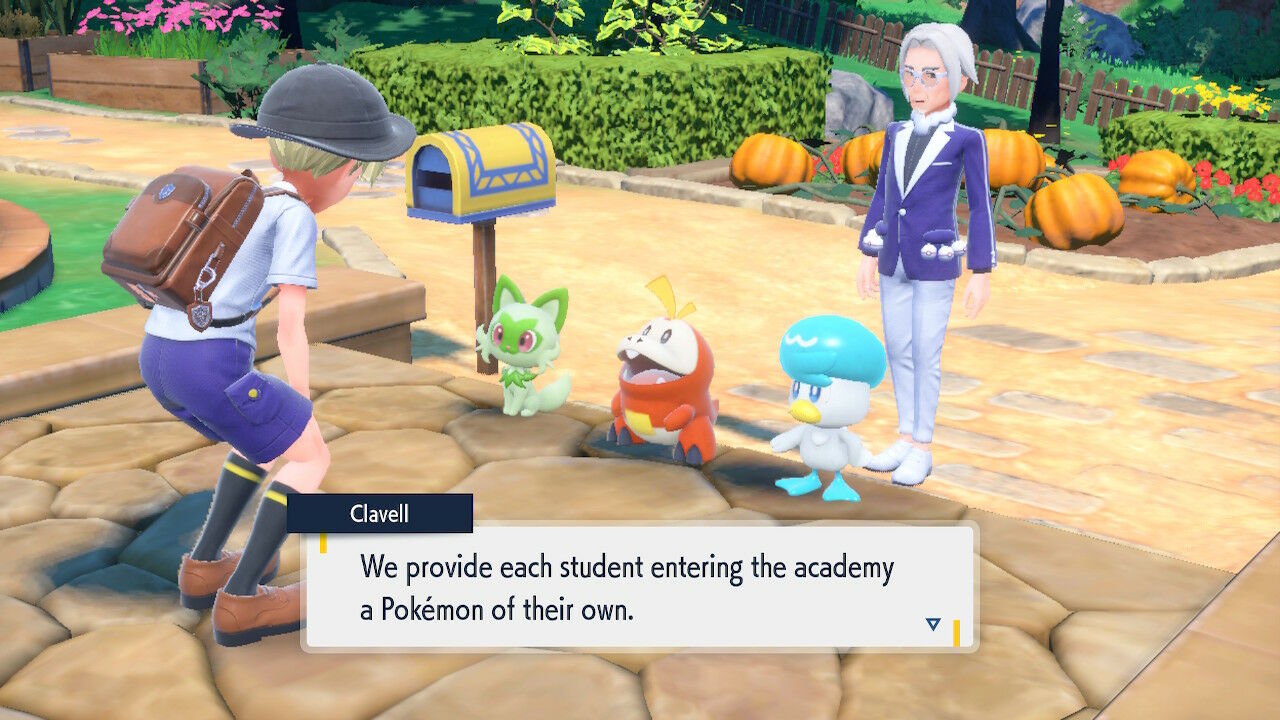 Your options this time around are the whimsical Sprigatito, the fiery Fuecoco, and the mild-mannered Quaxly. Of course, choosing among the three Pokémon isn’t a simple matter. After all, they will eventually evolve and you’ll end up with someone very different for most of the game. Feel free to pick whichever one you like best. But, if you’d like an edge, read on to find out what each starter has to offer. 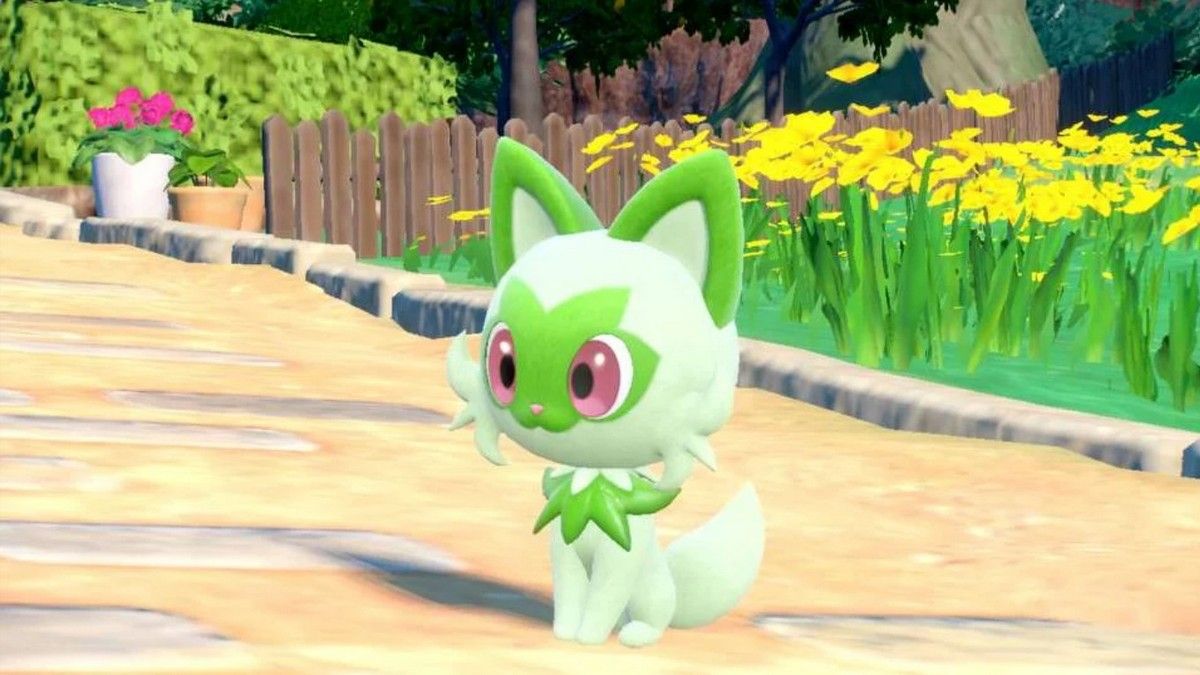 The Grass-type Sprigatito evolves into the feisty Floragato, and then into the crafty Meowscarada. Its final evolution is a Grass/Dark dual-type, gaining immunity to Psychic-type attacks, and access to Dark-type moves like Knock Off and Foul Play. However, it also gains a weakness to Fighting and Fairy types, and a crippling 4x weakness to Bug types.

Meowscarada is speedy and has an incredibly versatile move pool. It can learn moves like Thunder Punch and Brick Break to deal with pesky Flying and Ice types respectively. If you rather switch Meowscarada out, it also gets U-Turn, which allows it to land a free hit before returning to its Pokéball. 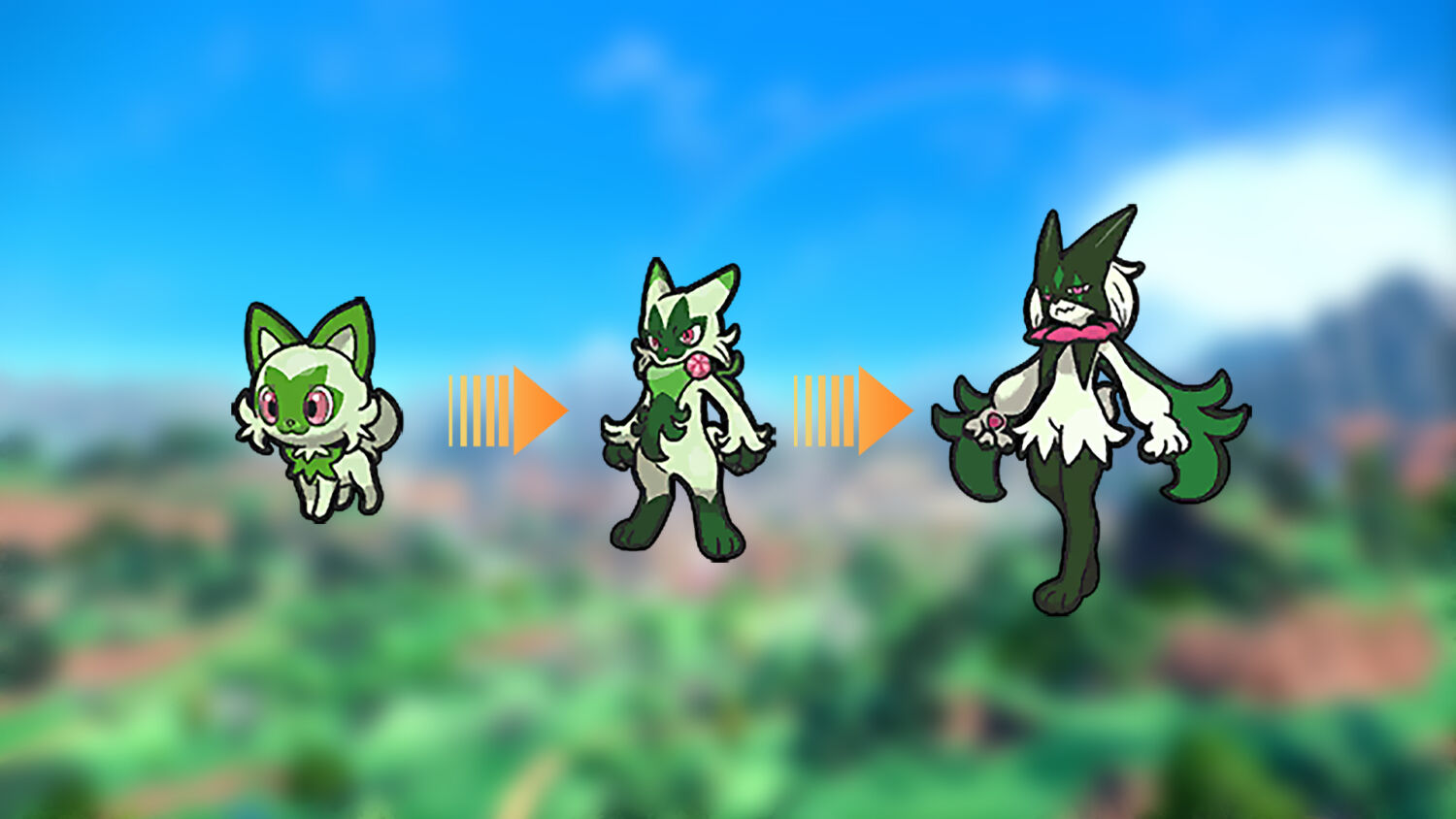 In addition, Meowscarada’s signature move is Flower Trick, a Grass-type Physical move with a base power of 70. The move never misses and always lands a critical hit.

What’s more, Meowscarada has the Hidden Ability Protean. This Ability changes the Pokémon’s type to the type of the move it’s about to use. This gives Meowscarada a competitive edge and helps it adapt to different type match-ups. (An important thing to note is that Protean has been nerfed this generation, so it works only once each time the Pokémon enters battle.)

You can obtain an Ability Patch from 6-star Tera Raids, which allows you to change a Pokémon’s regular Ability to its Hidden Ability.

If you choose to skip Sprigatito, other Grass types that you can catch early on include Smoliv, Bounsweet, and Hoppip. 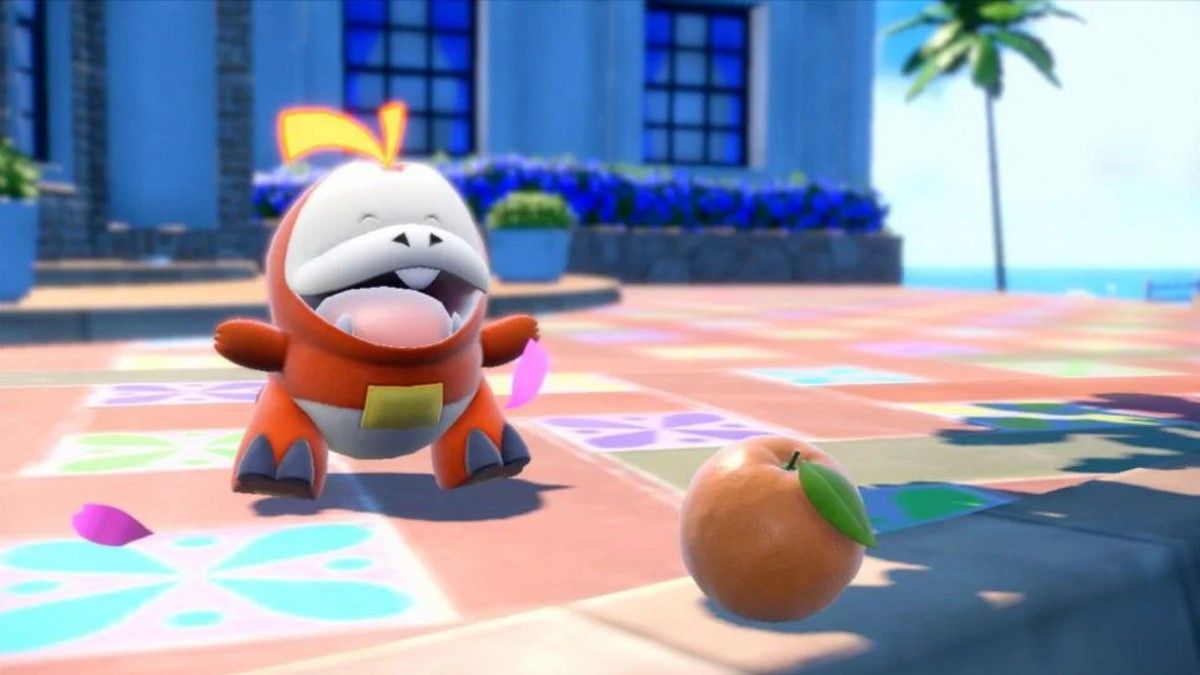 Fire-type Pokémon are useful in the Gym Challenge, both in the early-game and late-game. As such, Fuecoco will no doubt be valuable. It evolves into the derpy-looking Crocalor, before becoming the fearsome Skeledirge.

Its final evolution gains significant bulk and a great defensive typing in Ghost, with immunity to Normal and Fighting types. However, it does fall prey to some common utilitarian moves in the competitive scene like Knock Off and Sucker Punch.

As a Fire/Ghost dual-type, Skeledirge has access to powerful moves like Flamethrower, Fire Blast, Heat Wave, and Shadow Ball. It also learns some useful moves that take advantage of its potential for taking hits and wearing down opponents gradually , such as Will-O-Wisp, Slack Off, and Sing. 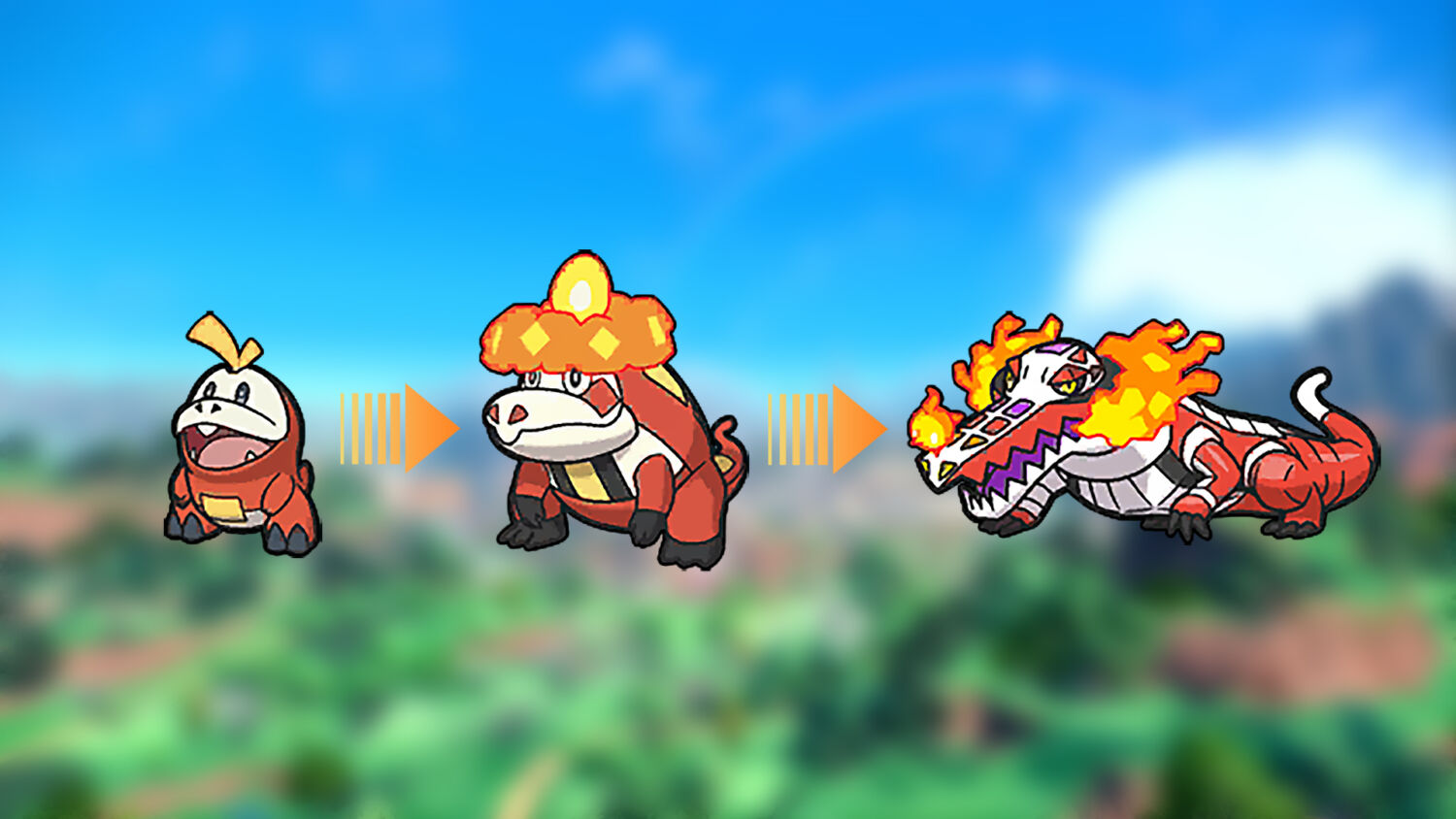 Skeledirge’s signature move is Torch Song, a Fire-type Special move that has 80 base power and 100 percent accuracy. Additionally, the move boosts the user’s Special Attack stat each time it is used. 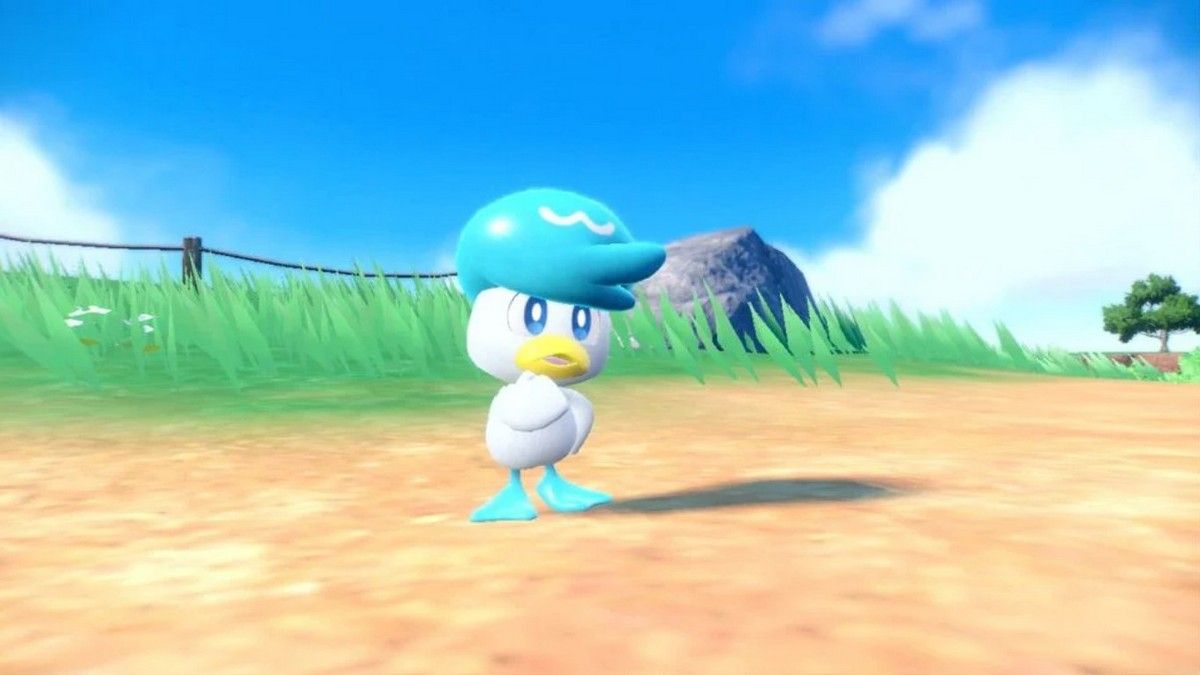 But when it evolves again to become Quaquaval, it’s dripping with splendour and sass. Quaquaval holds the Water/Fighting dual-type, a fairly unique pairing only previously held by Poliwrath and legendary Pokémon Keldeo and Urshifu (Rapid Strike Style).

Access to Fighting moves, like the formidable Close Combat, allow Quaquaval to break through Normal, Ice, Dark, Rock and Steel types with ease. Of course, it also gets strong Water-type moves like Aqua Jet, Liquidation, and Wave Crash. Better yet, it can learn the new Ice-type move Ice Spinner, which removes the effects of Terrain (a common sight in competitive Pokémon battles). 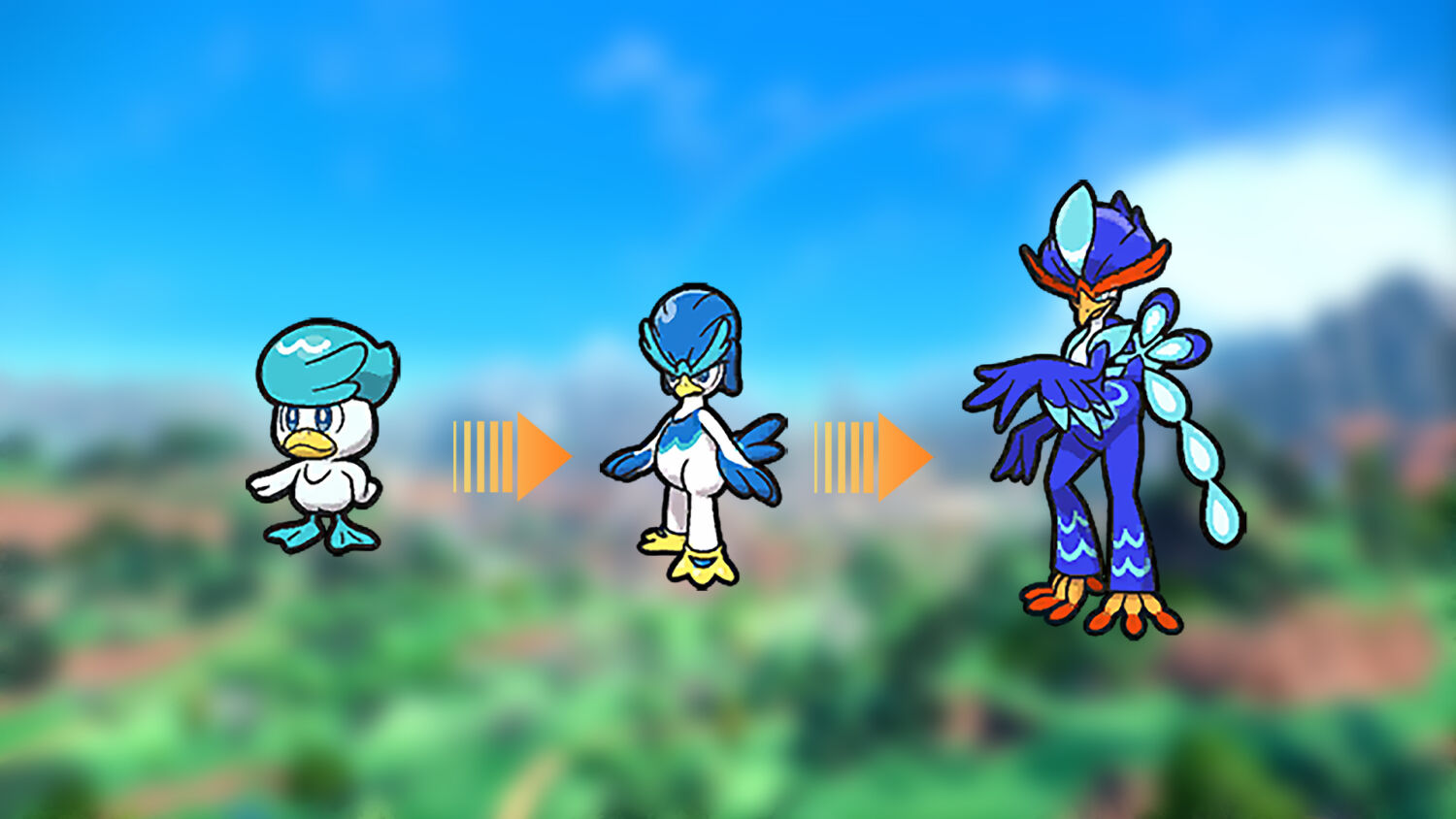 While Quaquaval’s Speed stat isn’t as high as one might like, it makes up for it with its signature move — Aqua Step. This Water-type Physical move has 80 base power and 100 percent accuracy. More notably, it boosts the user’s Speed stat with each use.

Quaquaval can boost its stats further with its Hidden Ability Moxie. The Ability boosts the user’s Attack stat after knocking out any Pokémon. This makes Quaquaval more of a threat the more Pokémon it manages to take out. With the boosts from Aqua Step and Moxie, Quaquaval will be both very fast and hit very hard.

If you choose to skip Quaxly, other Water types that you can catch early on include Psyduck and Buizel. You’ll also be able to find Azurill early on. While it’s a Normal/Fairy type, its evolution, Marill, is a Water/Fairy type.