For nearly three years, the fate of the 2015 Iran nuclear deal has hung precariously in the balance. The Trump administration withdrew from the Joint Comprehensive Plan of Action (JCPOA) – to use its official name – in 2018, arguing that a policy of economic coercion, dubbed “maximum pressure”, would deliver an improved agreement. But all it achieved was the hollowing out of the existing one. Europe, which has played a key role in preventing the JCPOA’s total collapse, now must seize the opportunity to help revive and even strengthen it.

The JCPOA’s original bargain was straightforward: limiting and monitoring what the international community viewed as the most concerning aspect of Iranian policy – the proliferation risks of its nuclear programme – and in return delivering relief from international sanctions built up over years.

Trump’s sweeping sanctions policy undid those financial benefits, and as a result, Iran began discarding the nuclear restrictions the JCPOA had placed on it. Raising the rate of uranium enrichment to 20% and starting activities related to uranium metal production earlier this month were the latest in a series of staggered breaches that have increased in gravity as the damage from US sanctions cut ever deeper. Iran is now in a third successive year of economic recession.

With the Biden administration taking office, the UK, France and Germany (the so-called E3), which are all JCPOA participants, as well as the European Union, which serves as the deal’s coordinator, are well positioned to spearhead the JCPOA’s revival as a first step towards engaging with Iran on broader issues. This requires a coordinated and multidimensional effort.

READ  Number of sanitizing robots at Grand Mosque to increase

In Washington, the nuclear deal remains deeply divisive. Despite the “maximum pressure” campaign’s clear failure in delivering on its stated objectives, critics will insist that Biden’s declared intent to reengage with Tehran is folly. That is an argument echoed by US allies in the Middle East, notably Israel, whose prime minister, Benjamin Netanyahu, is loudly urging the incoming administration to stick to its predecessor’s line and give the Islamic Republic no quarter on the nuclear front.

European governments are not unsympathetic to some of the Trump team’s arguments, which regional players echo, on the need to address other aspects of Iranian policy, particularly its ballistic missile programme and regional power projection. They also see room for improvement on the nuclear deal itself.

But the record of the past three years is clear: sanctions did not solve those issues, and in many ways made them worse by raising tensions across the board, while undoing the real progress that had been made toward keeping Iran’s proliferation activities in check.

If Biden moves toward reviving the JCPOA, Europe should make it clear it supports a move to return the nuclear agreement to full strength as the best means of not just defusing a brewing nuclear crisis, but laying the foundation for follow-on discussions on additional concerns based on dialogue and negotiations rather than coercion.

The challenge will be to put this into practice. As JCPOA participants, the E3 and EU should work with Iran and the International Atomic Energy Agency (IAEA) in producing a clear roadmap for Iran to reverse its JCPOA breaches and resume full compliance. This must include a timetable for dismantling surplus centrifuge cascades and blending down or shipping out excess enriched uranium stockpiles. That should be technically achievable within two or three months.

READ  Madinah governor: Migrant workers are our guests, their well-being and safety is our responsibility

In parallel, Europe should take immediate preparatory steps for reversing the economic harm caused by US sanctions, which deprive Tehran of the relief the JCPOA was always intended to deliver. This could be done through working with the private sector to support trade with Iran. US sanctions may have been unilateral, but their chilling effect was global. Giving companies the clarity and support they need to engage with the Iranian market – freely and without fear of punitive action – in the event that sanctions are relaxed or lifted would be a critical step toward ensuring the economic benefits for all sides.

Last year, Iran submitted an IMF loan request to help deal with the Covid-19 pandemic, an added burden on an already beleaguered economy. Europe should urge the Biden administration to support that request, and also ensure that humanitarian trade is unimpeded while Washington prepares to reverse its wider sanctions policy. The US could also greenlight European pre-purchases of Iranian oil, which could allow Europe to provide Iran with a line of credit to be used for humanitarian trade or other essential purchases – an idea floated by the French president, Emmanuel Macron, in 2019, but obstructed by the Trump administration.

Iran should reciprocate these confidence-building steps by seriously engaging with the US, the UK and other governments on the release of foreign nationals detained on questionable political grounds.

Another important element in a European diplomatic effort lies in moving Iran and its Gulf Arab neighbours from estrangement to engagement. Urging Iran to lean on its Houthi allies could help de-escalate the costly conflict in Yemen, and pave the way towards a Gulf-based dialogue supported by European actors but owned by regional ones. Such an initiative may offer the best way to easing strained relations between neighbours, particularly Iran and Saudi Arabia.

The 2015 nuclear agreement was not a cure-all for Iran’s adversarial relationship with the US and, to a lesser extent, Europe. But in delivering a strong non-proliferation arrangement it addressed a core global concern. It can do so again, if Europe proves ready to help revive and build upon it.

• Ali Vaez is a former UN official, and Iran project director and senior adviser to the president at the International Crisis Group

Candidate Biden Called Saudi Arabia a ‘Pariah.’ He Now Has to Deal With It. 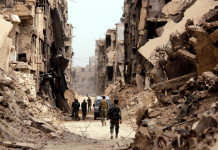 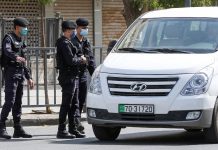 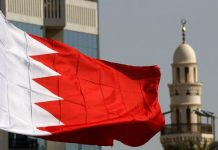 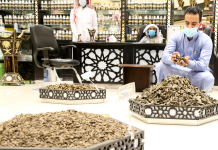 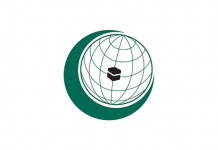 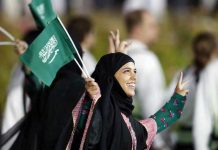 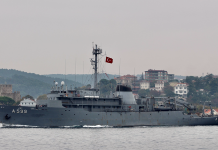 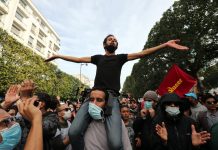 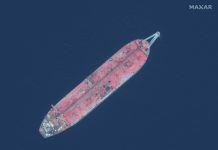 ‘An institution of torture’: Why the conviction of a low-ranking Syria regime official in Germany matters