Older readers may remember the Woolwich Arsenal as a going Big Cup concern. So much so that they once had a round named after them. The Round of Arsenal. The last 16, which they would grace with distinction every year, playing their part in 12-goal aggregate thrillers in which they would routinely contribute at least one or two. But times change, nothing ever stays the same, even hoary old Fiver riffs get retooled ever-so-slightly for a new generation, and so Arsenal were usurped, their once-eponymous Round instead becoming synonymous with Paris Saint-Germain, whose laundry bill would spike dramatically every February at the mere thought of getting through to the quarters. Ah, it seemed like the mild amusement would never end.

Last year, however, PSG totally ruined all that by reaching the final, and so Uefa were left looking for a new band of losers, patsies, chancers and grifters to lend their name to the You Might As Well Not Have Bothered phase of their flagship competition. Ah look, here come Barcelona, a team managed by a guy who couldn’t cut it at Everton and built around an ageing good-time squillionaire. Exactly what should be realistically expected from the modern-day Mike Walker and football’s answer to Jay Gatsby is a moot point, but even so, that it’s come to this for the once-mighty Barcelona.

To be scrupulously fair to Lionel Messi, who is paid €555m a minute [subs please check], he did do a penalty in the newly-minted Round of Barcelona on Tuesday night, before Kylian Mbappé went on to thoroughly upstage him with a sensational hat-trick. Messi responded by wandering around with a face on, much like he did against Roma that time, and against Liverpool, and against Bayern Munich, which suggests the Catalan giants aren’t getting too much bang for their buck these days. They’re also not getting through to the last eight, unless PSG break all manner of unwanted records in three weeks’ time. Actually, we should probably hold off with this big rebrand until all the Is are dotted and the Ts are crossed. You never know with this lot. We’ve kept the old signage, just in case.

READ  Australian Open set to be pushed back

The Guardian, Football Weekly, David Conn, Jonathan Liew and Suzanne Wrack have all been nominated at the FSA Awards. Voting is open this week. Vote now!

QUOTE OF THE DAY

“To me, in my opinion, it looks as if the referee went in there and I said to him after the game: ‘Did you put your head in my player?’ He couldn’t answer it and that’s the reason I spoke to Mike. I haven’t seen that in a long, long while” – Ipswich boss Ambitious Paul has asked the EFL to look into the incident against Northampton in which referee Darren Drysdale appeared to lean his noggin into Alan Judge in the Alan Pardew style. Drysdale has apologised for his badass approach to officiating.

“After many false dawns, Everton have now received planning permission for a new 52,000 stadium at Bramley-Moore Dock. Will this require a slight change to their nickname … to the Toffee Apples?” – Deryck Hall.

“Re: Steve Roberts’ telling of the burglary at Big Dunc’s (Tuesday’s letters). Can I join 1,056 others in pointing out that the word was that Dunc called 999 and informed the operator there was a burglary. When the operator asked if he wanted the police he replied ‘No, you’d better send an ambulance’” – Robert McPheely.

Send your letters to the.boss@theguardian.com. And you can always tweet The Fiver via @guardian_sport. Today’s winner of our prizeless letter o’the day prize is … Robert McPheely.

Join Max Rushden and the pod squad for the latest Football Weekly podcast, in which they discuss Barça’s latest humiliation, rare joy for Liverpool and strident refereeing.

Sir Alex Ferguson has said his biggest fear after suffering a brain haemorrhage was losing his memory. The former Manchester United manager has spoken about his experience in 2018 for a new documentary, set to be released in May.

Jürgen Klopp knows one Big Cup swallow does not a summer make. “We are not children anymore, so we don’t think everything is fine because we won one game,” blabbed Klopp after the first-leg win over Crass Energy Drink Advertising Gimmick Leipzig.

Clearly keen on injecting a bit of va-va-voom into their faltering promotion bid, Bournemouth are keen on appointing Thierry Henry as their new manager.

One day after being told by Bristol City chief suit Steve Lansdowne that the “club and fans need to get fully behind him”, Dean Holden has been bundled through the Ashton Gate door marked Do One.

Five Newc Pope’s O’Rangers players have been torpedoed from the squad for breaching Covid-19 rules by cutting shapes at a Glasgow house party. “I feel personally let down by recent events but I am trying to focus on the important things which is a huge game against Antwerp,” said $tevie Mbe.

Pep Guardiola has made it clear what he thinks of playing internationals amid a pandemic. “The reason why there were a lot of cases in the Premier League and now there are no cases is because people don’t move,” said Pep. “The moment you take planes and go other places everything can happen.”

AFC Wimbledon have appointed interim head coach Mark Robinson on a permanent basis. Robinson, who has previously been a coach and academy manager at the club, won his only league game in charge since Glyn Hodges left in January.

The Premier League has announced that all top-flight fixtures will continue to be shown live on TV until fans are allowed back into stadiums. Meanwhile, Brighton head honcho Paul Barber has accepted fans are unlikely to come back this season. “We are hopeful, but realistically we are preparing for the worst,” Barber said.

And in a break with their tradition of trashing the training ground, Marseille fans are going to continue their feud with the board by collectively unfollowing the club on social media disgrace Twitter and not buying any OM tat. “We’re asking all those who love the club to make themselves heard,” roared a virtual ultra.

Fran Kirby gets her chat on with Suzanne Wrack and discusses scoring with cramp, beating the doubts and the secrets behind her sparkling form at Chelsea.

Benfica’s talent factory is still churning out superstars, as Will Unwin explains.

Winning streaks aren’t all they are cracked up to be, writes Steven Pye.

World Cup winner and …. nothing else. The Knowledge looks into one-hit wonders.

Liverpool are back! Jonathan Liew on the Big Cup win in Budapest.

Mateo Kovacic is repaying Tuchel’s faith in the midfielder, according to Jacob Steinberg.

Oh, and if it’s your thing … you can follow Big Website on Big Social FaceSpace. And INSTACHAT, TOO! 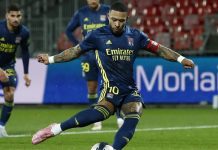 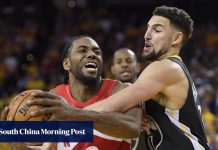 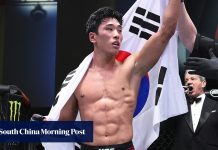 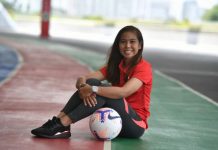 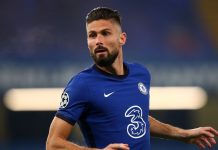 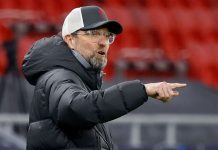 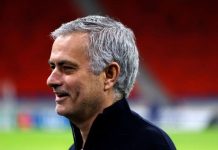