DUBAI: It is a well-established fact that Paris — La Ville Lumière — has served as a muse for artists, writers, and poets from all walks of life. “Allowing one’s sensibilities to be nourished by physical beauty,” was how the American novelist Richard Wright described his time there. What is perhaps less well-known are the often subtle touches of Arabic influence on the French capital — from historical monuments to modern eateries.

Such is the case with Paris’ oldest monument (and Umm Kulthum’s favorite place in the city, apparently), the majestic Obélisque de Louxor in Place de la Concorde. This ancient Egyptian, glyphs-inscribed monolith was sent over to France by Muhammad Ali of Egypt in 1829. Expressing the French fascination with ancient Egyptian design, a few examples of the ‘Egyptian Revival’ architectural style can be spotted today through public statues at Rue de Sèvres near Le Bon Marché department store, and a sphinx-decorated base for the massive column of the Fountain of the Palm Tree in Place du Châtelet.

Not far away from Place de la Concorde, the Musée du Louvre offers a world-class collection of precious objects of antiquity hailing from the Arab world. Once you enter the museum, head to the Denon entrance and prepare to be dazzled by nearly 3,000 works of art on display inside the spacious Arts du l’Islam wing, opened in 2012. Under the wing’s curved roof, you will encounter carved wooden panels from Rabat and Samarra, decorative bowls and brass basins from Syria, floor mosaics from Lebanon, funerary steles from Mecca — enlightening visitors with narratives on the richness of the region’s history.

Another cultural institution worth visiting is the Institut du Monde Arabe (IMA) — inaugurated in 1987 — which organizes thematic exhibitions focused on the Arab world and showcases a unique permanent collection of historical, multi-religious items from the region. Before leaving the institute, make sure to head to the ninth floor, where you will be swept away by a panoramic view of the city. For bibliophiles, IMA’s fully stocked bookshop is an excellent place to browse through multilingual titles related to Middle Eastern arts, history, poetry, politics, cuisine, and much more.

Speaking of books, if you happen to find yourself on Boulevard du Montparnasse —particularly near the Vavin metro stop — then the intimate Librairie Geuthner bookshop is an must-visit literary gem. Considered one of the world’s most reputable publishing houses, Geuthner has specialized for nearly a century on a variety of scholarly topics related to the Middle, Near, and Far East. Today, this enlightening space is run by the Beirut-born book lover Myra Prince, who offers a wide array of fascinating books on regional linguistics, archaeology, ethnomusicology, architecture, religion, among others.

In the fifth arrondissement, near the Jardin des Plantes — which is home to an enormous yet little-known Lebanese cedar tree that was planted in 1734 — stands a gem of Moorish architecture, la Grande Mosquée de Paris. Erected in 1926, France’s first mosque was built to honor the North African soldiers who fought for the French army during the First World War. Take the time to admire its courtyard — studded with colorful, geometric tiles and decorated with cursive Arabic calligraphy and floral designs — and lush garden, and end your visit on a sweet note by sipping refreshing mint tea at their Moroccan-inspired café.

Near Notre-Dame Cathedral, you will be treated to a memorable meal at Loubnane — a restaurant owned by longtime culinary professional Kamal Nassif, whose uncle opened Paris’ first Lebanese restaurant, Chez Rachid, Aux Dèlices du Liban, in 1952. At Loubnane, you cannot go wrong with their authentically prepared hot and cold mezze, charmingly presented in small golden bowls. To finish off your meal, Nassif recommends their signature dessert — bouza. Lovingly created from a family recipe, this mastic-gum ice-cream offers hints of orange blossom and is sprinkled with pistachios.

One of Nassif’s famed guests was the Egyptian-born Italian singer Dalida — one of the biggest Arab music stars of the 1970s and 1980s. Today, the former Miss Egypt of 1954 is honored in the hilly area of Montmartre, where she once lived. A bronze bust of the singer was unveiled in Place Dalida in 1997, marking the 10th anniversary of her death. And a great selection of Dalida’s rare vinyl records can be found at the Illogicall Music store at 63 Rue Blanche — a street facing the iconic Moulin Rouge. 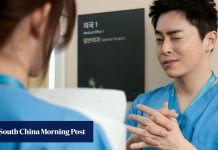 5 surprising facts about the cast of medical K-drama, Hospital Playlist

Hong Kong shark attacks: the blood-soaked chapter in city’s history that saw more shark deaths than any place on Earth 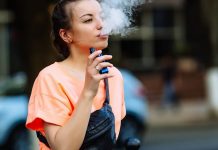 Vaping e-cigarettes could increase the risk of oral disease 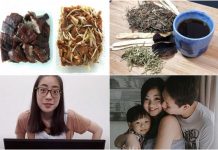 #Stayhome guide for Friday: Treat yourself to flavourful roast duck, code a basic game and more 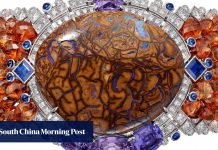 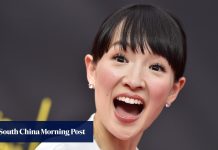 For Marie Kondo, doyenne of decluttering, it is television not tidying that is tiring

5 surprising facts about Simone Johnson, daughter of Dwayne ‘The Rock’ Johnson and the youngest person in history to sign with WWE 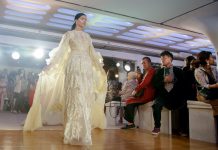 Arab Fashion Week 2020 will be virtual 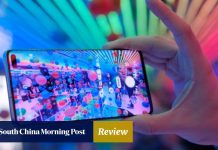 Celebrities, influencers call for justice over black man’s death in US 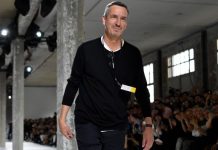