It’s been said that it’s the task of academic economists to play the role of the Lear-like fool, telling truth to power and challenging convention. So when two of the most prominent jesters at the court of King Jay begin to warn about inflation, it’s worth paying attention.

The two fools in question, Larry Summers and Olivier Blanchard, have warned in recent weeks that the proposed US fiscal stimulus is so large that it could unleash a severe bout of price pressures.

Their workings are based around the concept of the output gap — which measures the amount of slack in the economy. The $1.9tn package, Summers says, is so large that it risks overshooting the gap and producing the sort of inflation we haven’t seen in a generation. Others — including Kenneth Rogoff and Paul Krugman — think otherwise (for more on the debate as it stands, we’d recommend reading this by the FT’s economics editor Chris Giles).

Still it’s worth mentioning Summers’ and Blanchard’s view as neither are hawks. Blanchard has in the past called for central banks to adopt inflation targets of 4 per cent (they normally target 2 per cent). Summers, meanwhile, popularised the idea that ultra-low interest rates were a necessary byproduct of the secular stagnation that economies such as the US were now seeing.

So will the Fed react if inflation does rear its head? The initial signs are that it won’t.

There are a lot of people worried about inflation right now. But Powell isn’t one of them. Last week, the most powerful central banker in the world made clear that the US economy is nowhere near strong enough to meet the Fed’s criteria for tightening its monetary policy.

Indeed when Powell spoke, he appeared far more concerned about the state of the labour market — particularly for lower-paid workers — than the possibility of spiralling prices across the economy.

For anyone who’s been paying attention this isn’t a surprise. In 2020 the Fed changed its monetary policy framework to signal that it will tolerate — for a time — higher inflation so as to promote full and inclusive employment.

But we still think he might come under pressure to change his tune. The reason? Well, the pain in the labour market might produce a temporary rise in inflation because that pain will be felt most by those with insecure employment and lower wages.

The majority of the workforce, many of whom are well paid, was largely insulated from the pandemic. In contrast, there were huge job losses for those who work in hard-hit sectors like hospitality where wages are often low. The average level of pay went up because most of the job losses were concentrated amongst the low paid and it will go back down as and when they are re-hired. Changes in overtime hours in these sectors if demand does come roaring back could further muddy the waters. Bottom line: it will be hard to tell what is happening to underlying pay pressure.

There’s already some evidence to suggest that this is what happened in the initial stages of the pandemic in the US. The San Francisco Federal Reserve published research back in August, The Illusion of Wage Growth, which found that an acceleration in wage growth over the course of the second quarter was almost entirely down to losses of low wage jobs.

And for those of you who prefer a chart to an anecdote:

We think that it’s entirely plausible that you could see this to continue to have an impact over the course of this year until economies fully reopen.

Indeed, for reasons we’ve mentioned in this post (and elsewhere), inflation readings are going to tell us little about actual underlying pressures over the next 12 months.

That lack of certainty entails risks from Powell — and other policymakers — standing pat. But, if the Fed’s policy is to target full and inclusive employment, it should ignore the fools and stick to its guns. 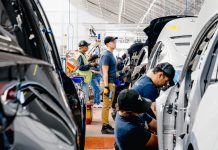 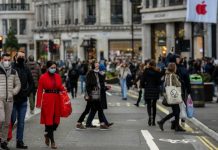 How rampant is spending about to get? 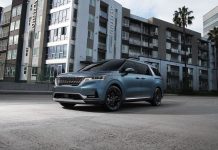 These are the safest new cars, trucks, SUVs of 2021, according to IIHS 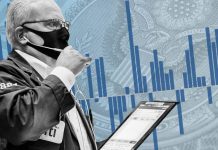 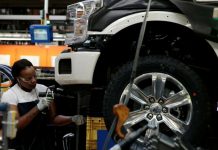 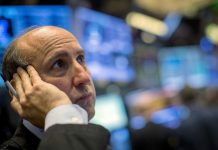 The future of USPS trucks is electric: The new fleet will replace, expand more than 230K vehicles