The Latest: Obama hails the heroes of 9/11 and afterward 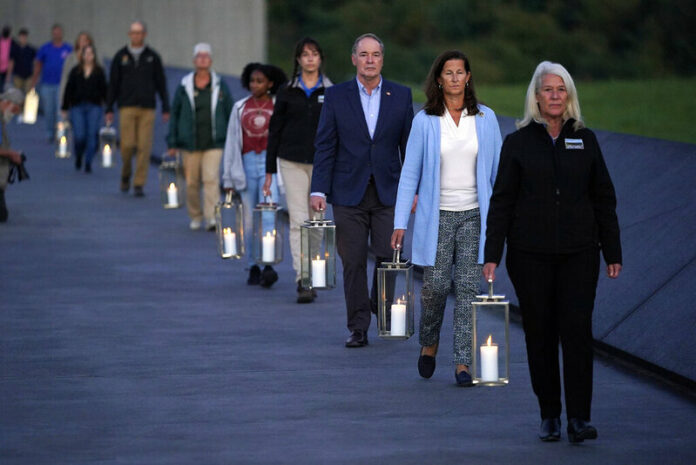 President Barack Obama has lauded the heroes of 9/11 — and of the years since — in a message to mark the 20th anniversary of the terror attacks.

“One thing that became clear on 9/11 — and has been clear ever since — is that America has always been home to heroes who run towards danger in order to do what is right,” said Obama, who was U.S. President from 2009 to 2017.

He said the enduring image for him and his wife Michelle of that day was not the wreckage and destruction but the people. He singled out firefighters who ran up the stairs as others were running down, passengers who stormed the cockpit of their plane and volunteers who came forward across the country in the days that followed.

“Over the last 20 years, we’ve seen the same courage and selflessness on display again and again,” Obama said.

“We saw it a decade ago when, after years of persistence, our military brought justice to Osama bin Laden. And we’re seeing it today — in the doctors and nurses, bone tired, doing what they can to save lives; the servicemembers, some of whom weren’t even born 20 years ago, putting themselves at risk to save Americans and help refugees find a better life; the first responders battling roaring fires and rising waters to bring families to safety.”

— Surviving 9/11 was ‘just the first piece of the journey’

— 9/11: As the decades pass, the act of remembering evolves

— From election to COVID, 9/11 conspiracies cast a long shadow

— Read these stories and more AP coverage of the Sept. 11 anniversary at: https://apnews.com/hub/9-11-a-world-changed.

LONDON — Queen Elizabeth II marked the 20th anniversary of the Sept. 11 attacks by offering her sympathies to the victims, survivors and families affected by the atrocity.

In a message to U.S. President Joe Biden, the British monarch remembered the “terrible attacks” on New York and Washington, D.C.

“My thoughts and prayers — and those of my family and the entire nation — remain with the victims, survivors and families affected, as well as the first responders and rescue workers called to duty,’’ she said.

“My visit to the site of the World Trade Center in 2010 is held fast in my memory. It reminds me that as we honor those from many nations, faiths and backgrounds who lost their lives, we also pay tribute to the resilience and determination of the communities who joined together to rebuild.″

Prime Minister Boris Johnson has also remembered the attacks, issuing a statement ahead of the anniversary saying that the terrorists had failed to “shake our belief in freedom and democracy.”

“They failed to drive our nations apart, or cause us to abandon our values, or to live in permanent fear.”

SSEOUL, South Korea – South Korean President Moon Jae-in has expressed his “deepest sympathies” to U.S. President Joe Biden and the American people marking the 20th anniversary of the 9/11 attacks and says South Korea as a key ally will continue to support U.S. efforts to fight terrorism.

Moon in a message posted on Twitter and Facebook Saturday said the “shock of that day still remains as deep wounds in the hearts of so many” and that “no violence can win against peace and inclusiveness.”

He said South Korea as “American’s strong ally will continue to actively join your and the international community’s efforts to combat terrorism.”

NEW YORK — The U.S. is set to mark the 20th anniversary of the Sept. 11 attacks Saturday with commemorations at New York’s World Trade Center, the Pentagon and a field near Shanksville, Pennsylvania.

The milestone anniversary takes place just weeks after the chaotic U.S. withdrawal from Afghanistan and the return to power of the Taliban, the faction that sheltered the Muslim militant group founded by Osama bin Laden that carried out the attacks.

It was also happening amid continuing concern over the COVID-19 pandemic, which has now killed more than 11 times as many people in New York City as the nearly 3,000 that perished in the 2001 attack on the World Trade Center.

President Joe Biden is scheduled to travel to all three sites of the 2001 attacks.

Former President George W. Bush is expected to speak at the Pennsylvania memorial. Other observances are planned around the country.

See also  ‘A kind of rat with thorns’: the comic book busting myths about the Madras hedgehog 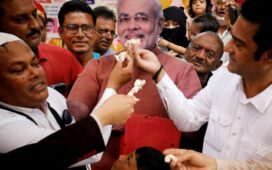 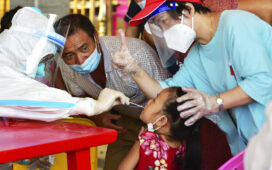 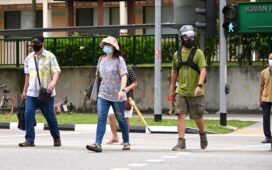 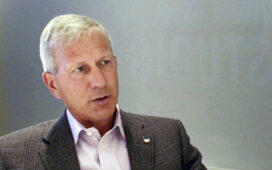 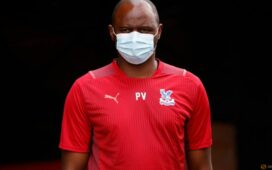 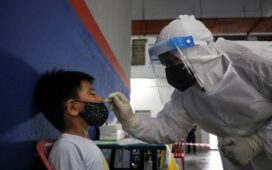 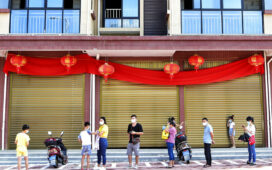 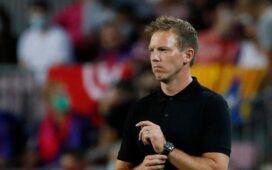 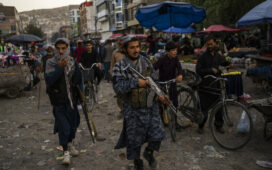