The road to reform: have things improved for Qatar’s World Cup migrant workers?


When Qatar won the bid to host the World Cup in 2010, the triumphant Gulf state unveiled plans to host the most spectacular of all World Cups and began an ambitious building plan of state of the art stadiums, luxury hotels and a sparkling new metro.

Yet over the next decade, the brutal conditions facing hundreds of thousands of migrant workers toiling in the searing heat to build Qatar’s World Cup vision has been exposed, with investigations into the forced labour , debt bondage and worker death toll causing international outrage.

In an attempt to quell the mounting criticism, Qatar announced sweeping labour reforms in 2019. This included ending kafala, the system that made it illegal for migrant workers to change jobs or leave the country without their employer’s permission, effectively trapping workers who were being exploited and abused. Other reforms included the first minimum wage for migrant workers in the region and harsher penalties for companies that did not comply with the new labour laws.

When they finally came into force in September 2020, the reforms were met with wide acclaim. Fifa called them groundbreaking. The UN said they marked a new era. An international trade union referred to them as a gamechanger. Even human rights groups, long critical of Qatar’s record on labour rights, gave them a cautious welcome.

Yet more than 40 migrant workers who talked to the Guardian in Qatar in September and October this year say that for them, nothing much has changed.

Despite the International Labour Organisation (ILO) claiming that more than 200,000 workers have changed employers since the new laws were rolled out, the Guardian met only one worker – a young man from Kenya – who had managed to leave his job.

His experience spoke strongly of the potential empowerment the news laws could bring to worker’s lives. When he first arrived in Qatar, he was earning 625 rials (£127) a month as a construction worker. Now he is working for a logistics company with a salary almost three times higher. “I’m able to send much more money home. Now I can’t complain,” he said.

Yet everyone else the Guardian spoke to who wanted to change jobs says it is difficult or impossible to do so.

They allege that their companies are simply ignoring the new laws. Some say their bosses threaten to impose fines or hold back wages if they try to change jobs, and that they are living so close to destitution this could be catastrophic.

Others workers say that employers refuse to sign resignation letters or to issue “no-objection certificates”, seemingly unaware that neither are required under the reformed labour code.

“They threaten us, saying they will deduct the cost of our room and bedding from our salary and refuse to pay end-of-service benefits if we try to leave,” says one Indian security guard. “We are still under their control.”

“I found another job but when I went to my company, they refused to release me. I waited three months and they refused again,” says a Kenyan security guard. He says he could go to a labour court to fight his case but would have to pay for transport that he cannot afford and take time off work that his company will not allow.

Migrant-rights.org, an advocacy group for migrant workers across the Gulf, describe the end of kafala as a “mirage”, saying that employers could easily prevent unhappy workers from leaving.

When asked if the reforms had made a difference, another worker from Nepal gives a simple verdict: “Kafala is alive.”

The new minimum wage of 1,000 rials a month, plus food and board, appears to be more rigorously enforced. Most low-wage workers interviewed by the Guardian say they receive the legal minimum, a significant increase on their previous salaries, except some security guards who routinely work 12-hour shifts, but do not receive the mandated overtime payments.

Yet the new minimum wage set by the Qatari government, one of the richest countries in the world, is still equivalent to just £1 an hour.

Such low wages mean that workers often remain in Qatar for years, unable to afford to return home to their families. One Nepali worker who talked to the Guardian has not seen his wife and child in five years. “When I call my son he doesn’t come to me,” he says. “He won’t [even] talk to me on the phone.”

The Qatari authorities and the ILO acknowledge that the reforms are a work in progress. “[The Qatari government] are faced with implementation challenges and with some level of resistance, which is not surprising given their magnitude,” says Max Tuñón, head of the ILO project in Qatar.

A spokesperson for the government says that with the new laws in place, the emphasis had shifted to implementation and enforcement: “Achieving systemic change is a long-term process and shifting the behaviour of every company will take time.” Strict penalties have been imposed on companies that try to evade the law, they add.

Qatar’s Supreme Committee, the body in charge of delivering the World Cup, said that the tournament is a powerful catalyst for delivering a sustainable human and social legacy ahead of, during, and beyond the 2022 Fifa World Cup.

It said in a statement, “Our commitment to workers’ welfare has resulted in significant improvements in accommodation standards, health and safety regulations, grievance mechanisms, healthcare provision, and reimbursements of illegal recruitment fees to workers.”

Human rights groups are warning that Qatar’s is running out of time to ensure that the new reforms actually make life better for migrant workers before the start of the World Cup 2022 in November next year.

“[Qatar’s] significant reform to the kafala sponsorship system didn’t happen until late in 2020, 10 years after the country put itself in the global spotlight,” says James Lynch, a director at human rights group FairSquare.

“The reforms have been beset by teething difficulties and pushback from the business community, and so there are real questions about whether it is going to deliver on its transformative potential in the lead-up to and beyond the World Cup.”

Most of the eight World Cup stadiums and related infrastructure had been completed by the end of 2020, before the reforms fully came into effect.

“There is an urgent need for an injection of political will to ensure this and other reforms have a meaningful impact for workers, and embed these changes for the long term,” Lynch says.

Qatar, Fifa and the ILO have repeatedly claimed that the World Cup will leave a lasting legacy of better workers’ rights in Qatar and across the region. So far, anecdotal evidence suggests that legacy is far from secure.

Walking through road construction works near central Doha last month, the Guardian met four workers who had recently arrived from India employed by AlJaber Engineering. AlJaber, one of Qatar’s top construction firms, built the Al Thumama Stadium. Along with all other World Cup contractors,AlJaber must adhere to strict worker welfare standards which, among other things, do not allow workers to pay recruitment fees.

But the four workers claim they each paid almost £1,000 in recruitment fees to secure their jobs. Their claims suggest that AlJaber could be failing to apply the World Cup worker welfare standards to its new contracts. AlJaber Engineering did not respond to multiple requests for comment.

Human rights campaigners are already questioning what pressure there will be on the Qatari government to ensure that the new laws are actually implemented on the ground after the World Cup ends next year.

In a recent interview, Malcolm Bidali, a Kenyan blogger and migrant worker who was detained, held in solitary confinement and then charged with spreading “false news” for writing about the plight of migrant workers online, is asking the same question. “If I was unjustly detained and unjustly fined – while all eyes are on Qatar – what happens when no one’s looking?” he asks. 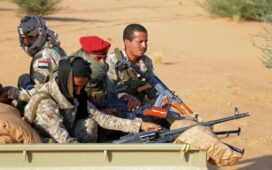 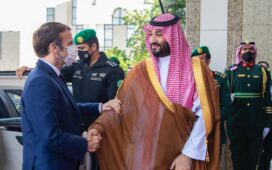 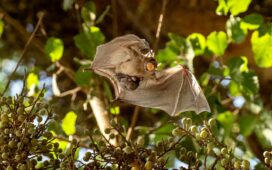 How Bat Moms Teach Bat Pups Their Sense of Direction

Lives lost at Europe’s borders and Afghan MPs in exile: human rights this fortnight – in pictures 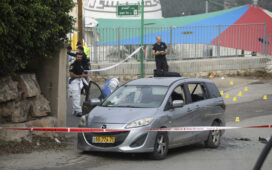 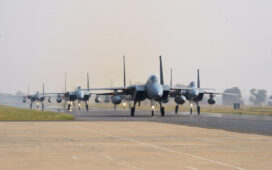 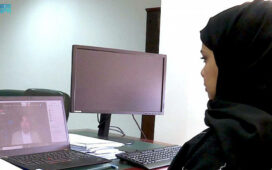 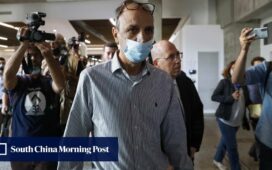