The roundness of a good life: Homemade peanut ‘tong yun’ in a sweet ginkgo, barley and ‘fu chok’ soup

KUALA LUMPUR, June 25 — We used to buy frozen tong yun at the supermarket; these are incredibly handy when you’re in a rush yet want some glutinous rice balls filled with a sweet paste of sorts — be it black sesame seed or mashed red beans.

Yet our favourite tong yun filling has to be peanuts and these are far, far better when made by hand. They simply taste different, more aromatic and suffused with the love of someone who cares enough to make them from scratch.

Being Cantonese, my family enjoyed these in the traditional sweet and spicy ginger soup but also paired these peanut tong yun with some of our favourite tong sui (literally “sugar water”), such as the silky smooth ginkgo, barley and fu chok (dried beancurd sheets).

There’s no taste that feels more wholesome and of a happy home. The roundness of the glutinous rice balls signifies a good life that is round and complete too, and isn’t that what we all desire?

It can be tempting to use peanuts that have already been roasted ahead of time. But trust me, there’s nothing quite like toasting your own.

For one, the end result is fresher and won’t have that rancid oil taste that some pre-roasted peanuts have. The aroma is also far more intense and that’s what you’d want for a dish that’s essentially comfort food, made with love.

Of course, some shortcuts can be helpful. Take the ginkgo nuts for instance. these have to be shelled and its bitter centre removed before using.

See also  What dim sum taught me about... life

Ginkgo nuts have to be cleaned before cooking (left). Dried barley and sheets of ‘fu chok’ (right).

However, if the process of removing the ginkgo shells prove to be too intimidating, try looking for vacuum-packed shelled ginkgos that are now readily available at most supermarkets. These are perfectly fine and a huge timesaver!

Ingredients (for the peanut filling)

Ingredients (for the tong sui)

200g fu chok (dried bean curd), soaked in water for half an hour to soften and drained

5-6 pandan leaves, tied into a knot

Ingredients (for the tong yun dough)

(a) The peanut filling

Note that this is best prepared a day in advance and kept in the fridge until ready to use. This way the peanut filling will have time to thicken/solidify so it’s easier to fold the tong yun dough around it.

Gently heat a dry wok over low heat. Add the whole peanuts and stir continuously with the spatula to ensure nothing gets burned. Once the peanuts have toasted to light brown colour and smell aromatic, about five minutes, remove from the wok and set aside to cool.

Once cool, add the peanuts and sugar to a food processor. Blitz until a coarse mixture is formed (more powder than paste).

Transfer to a mixing bowl, add the peanut butter and lard (or coconut oil). Stir until the mixture is akin to a firm but not too thick paste. Adjust the consistency by adding more or less lard.

Cover with cling wrap and keep in the fridge to firm up further or until further use.

Bring a large pot of water to boil. Add the soaked and drained fu chok. Reduce heat and simmer for about 30 minutes until the fu chok begins to disintegrate.

Ladle the now very soft fu chok and half of its cooking water into a blender. Blend until you get a consistency close to soy milk, but with some tiny pieces of fu chok still suspended in the liquid.

Once you have your milky fu chok mixture, add that back to the rest of its cooking water in the pot. Return to a boil.

When the fu chok milk has come to a boil, add the barley, ginkgo and pandan leaves. Again, reduce heat and simmer for about 30 minutes until both the barley and ginkgo has softened.

Once the barley and ginkgo has reached the desired softness, remove the knot of pandan leaves and discard. Add rock sugar to taste: make sure you stir well until the sugar has dissolved and taste again before adding more rock sugar.

When the tong sui is sweet enough to your liking, turn off the heat. Set aside in a covered pot until ready to serve.

Fill a large mixing bowl with the glutinous rice flour. Add the warm water and slowly mix together to form a rough dough. Adjust the consistency by adding more water or flour depending on whether it’s too dry or too moist.

Once the dough is smooth and well formed, cover with a damp cloth so it doesn’t dry out. Break off a small portion of dough, roughly the size of golf ball. Knead it again, then make an indentation in the centre of the ball of dough with your thumb.

First make an indentation in the disc of ‘tong yun’ dough.

Fold the edges of the dough around the peanut filling.

Roll the ‘tong yun’ in your palms till it’s perfectly spherical.

To cook the tong yun, fill a large pot with water and bring to a boil. Add the tong yun and allow to cook until they float to the surface. Using a slotted spoon, scoop out the balls and ladle into individual bowls.

Pour the reheated tong sui over each bowl. Serve immediately whilst hot.

For more Weekend Kitchen and other slice-of-life stories, visit lifeforbeginners.com.

‘It’s not good to be Chinese’: How MasterChef New Zealand 2022 winner overcame being ‘othered’ to proudly showcase his southern Chinese roots 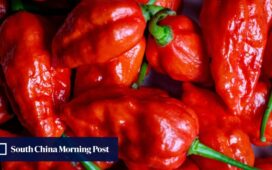 What are the hottest chilli peppers in the world? From Carolina Reaper to Trinidad Scorpion, these are the spiciest you can eat

Spam, adored by Asians, is no longer the ‘secret shame’ you dare not admit to loving 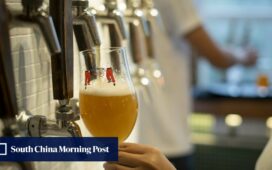 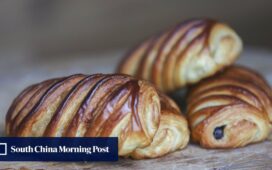 Hong Kong’s Happy Cake Shop may be gone, but bakeries are everywhere around it in Wan Chai, on Queen’s Road East and side streets 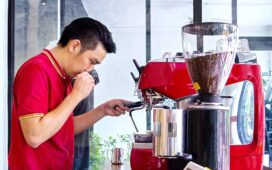 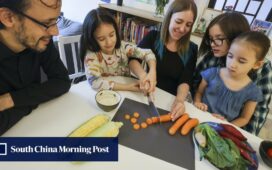 Vegan, vegetarian and flexitarian diets can save you money as food prices rise, and also improve your health – here’s how to make the switch 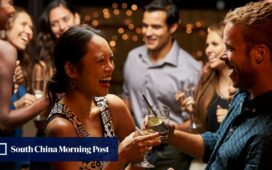 Don’t drink alcohol? What to tell someone who asks why – not that anyone should – and how to avoid unwanted questions 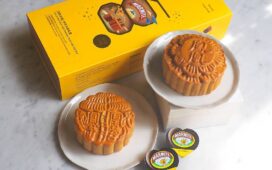