MASAI MARA, Mar 1 — At first glance, the round black pellets could easily be mistaken for animal dung. But these hardy little balls contain acacia seeds that are helping regrow Kenya’s depleted forests.

In a tranche of razed forest bordering the Masai Mara wildlife reserve, a team of rangers scatter generous handfuls of “seedballs” around the bald clearing to give nature a fighting chance to regenerate.

It takes just minutes for the eight rangers from the Mara Elephant Project, a conservation group, to toss some 22,000 seedballs across this ravaged corner of the Nyakweri forest.

“It is very simple,” said Jackson Maitai, whose rangers discovered that loggers had illegally cleared this land during their routine patrols to protect elephants in the area.

“The seedballs are not actually heavy. We just throw them away everywhere we see there is deforestation, so it is not a big deal.”

Humble though they may be, seedballs are tackling a century-old problem in Kenya.

Trees were felled en masse by colonial administrators to fuel a train across East Africa, while land today is cleared for agriculture and charcoal production as Kenya’s population grows upward and outward.

The forests bordering the Masai Mara, the legendary wildlife haven and savannah wilderness in the country’s southwest, are no exception, chipped away for pasture, crops and charcoal, a cheap fuel.

Nyakweri, for example, has lost more than 50 per cent of its forest cover in the past two decades, reducing key habitats for wild animals, according to Marc Goss, the director of the Mara Elephant Project.

But forests, which cover just seven percent of Kenya’s land mass, also act as water reserves and a powerful bulwark against climate change and desertification.

For three years, Goss and his team have been giving nature a helping hand by scattering seedballs by any means possible — on foot, by car and even dropped by helicopter.

Developed by Seedballs Kenya, the casing of charcoal dust protects the seed inside from being eaten by mice, birds or insects before it germinates. The shell is semi-porous, giving it a fighting chance even in arid conditions.

“You can throw them out year round. It would sit there, wait for the rain to come, it washes the dust away, and then the seed is back to its natural state, and will be able to start growing,” said Teddy Kinyanjui, the co-founder of Seedballs Kenya.

The idea is not entirely new: in ancient Egypt, seeds were coated in mud to protect them from the elements and hungry passersby, Kinyanjui said.

But instead of mud, the innovation in Kenya is using cheap, abundant charcoal dust to forge their own casing.

The dust used to compound the pellets is a byproduct of the charcoal industry, which itself is a driver of deforestation, with felled trees slow-heated in kilns to produce the popular and inexpensive fuel.

“It is kind of a closed loop cycle,” Kinyanjui said.

Seedballs only contain indigenous species, mainly varieties of acacias, the classic tree of the East African savannah, but one much sought-after and felled for the quality of its wood.

READ  A Chinese kings lies cost him his life, for Trump the presidency is on the line

In Kenya, seedballs are purchased by smallholder farmers wanting a cheap way to green their land and major buyers donating 500 kilogrammes at a time to groups working in reforestation, like the Mara Elephant Project.

Seedballs Kenya, which reinvests its profits, also works with hotels offering tourists a “reforestation” experience to accompany the traditional safari.

The company has sold 13 million seedballs since launching in mid-2016.

Of those thrown into the wild, only a small number — somewhere in the five to 10 per cent range — have actually yielded a shoot.

The germination rate is low and some seeds can hibernate for years — making visible gains long in the making, Kinyanjui said.

“Trees are slow, especially in these days where everything is Instagram and quick quick quick,” Kinyanjui said. 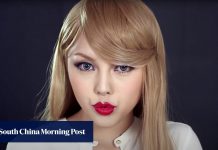 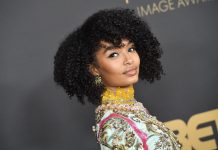 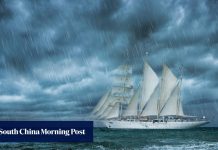 The world’s worst cruise? Sailing from Singapore to Thailand complete with monkey attacks, sexism and even a punch-up 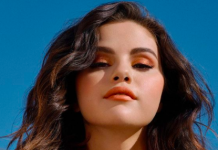 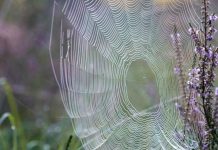 Spider silk: An innovative material that may revolutionise the world of fashion 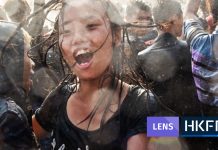 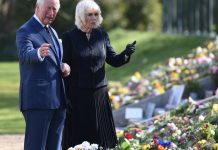 Prince Philip's funeral: Who's who? 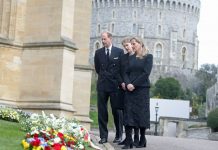