As COVID-19 ravaged the city in waves and authorities advised the public to stay home, the average Hongkonger perhaps clocked more screen time this year than any other.

YouTube has announced its list of top trending videos in Hong Kong in 2020, giving us a glimpse of what we watched and shared the past 12 months.

Note: The list is not based solely on view count—the algorithm also considers the number of likes, shares, rate of growth and traction over time.

This hand-washing tutorial uploaded by the city’s Center for Health Protection in February was the no. 1 trending video in Hong Kong this year. The clip teaches viewers how to wash their hands effectively, stressing oft-overlooked parts like the wrists, as well as the tips of and the gaps between the fingers.

Second on the list is a 10-hour long Apple Daily livestream from May 24, when demonstrators took to the streets to protest the then-looming national security law. The news team followed protesters gathered in Wan Chai and Causeway Bay as police fired rounds of tear gas and arrested at least 180 people.

Public broadcaster RTHK took an in-depth look into the attacks at Yuen Long station on July 21, 2019, when white-shirted men indiscriminately assaulted commuters and protesters as police ignored thousands of emergency calls. The investigative documentary examined CCTV footage from nearby shops and interviewed witnesses to reconstruct the fateful night.

Fitness influencer and former TVB actress Coffee Lam walked viewers through a 20-minute ab workout in this video, which has over 2.6 million views. Describing the workout as “self-torture,” the instructor moves between crunches, leg lifts and side planks with no rest and enviable ease.

5. The mishaps of e-learning on Zoom

From muted microphones to accidentally-left-on cameras, popular lifestyle channel Pomato comically chronicles the mishaps we run into when navigating Zoom, the video conferencing app that has made but a name for itself during the pandemic.

Manner, a Macau production company that produces comedy videos in Cantonese, celebrated its sixth anniversary with a song called《再想當年》, meaning “looking back at the year again.” It’s actually a rewrite of a song by Cantopop singer Joey Yung, with lyrics peppered with shout-outs to the many young members of the Manner team.

In this video viewed over 850,000 times, pro-democracy activists Agnes Chow, Joshua Wong and William Liu jeered and poked holes in the arguments of “blue” (pro-government) YouTubers, who downplayed the COVID-19 outbreak in mainland China and questionably claimed that Hongkongers “worship” Macau.

8. YouTuber pranks girlfriend by pretending to sleep with someone else

In this rather elaborate prank that included scriptwriting, rehearsals and recruiting an actress on a dating app, YouTuber Cotton Chan had his girlfriend believe he was sleeping with someone else in a hotel room.

YouTube channel Online Body Trainer was started early this year in February, with the intention of motivating viewers to exercise at home during the pandemic. This two-minute ab workout video is by far the most-viewed one on the channel.

This BBC video was uploaded on Jan. 24, a day after the the Chinese city of Wuhan locked down and weeks before the world realized the severity of the epidemic. In the clip, a nurse at a Wuhan hospital said she is “afraid and very worried,” but feels a sense of mission as a frontline worker fighting a growing outbreak. 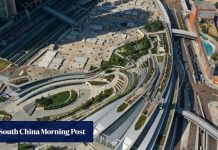 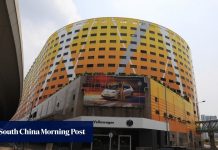 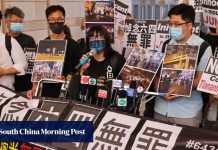 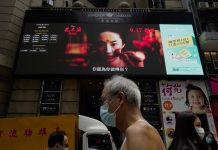 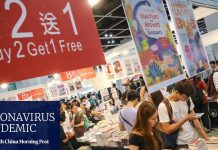 Hong Kong Book Fair to finally return after being delayed by Covid-19, but social-distancing rules mean event will be smaller 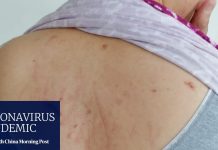 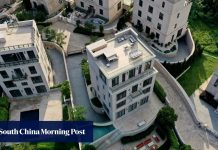 Parking space at exclusive Mount Nicholson on The Peak sells for US$1.3 million to major shareholder in Chinese vaccine maker 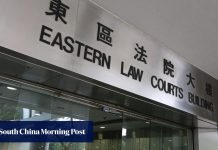 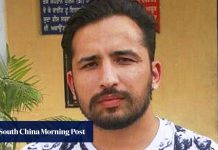 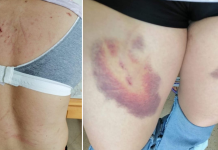 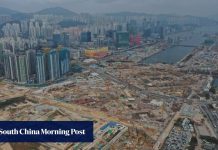