Want this delivered to your inbox each day? Sign up here.

In late February, the Trump administration was publicly playing down the severity of the worsening coronavirus epidemic. But in private, White House officials had a different story — and that information was shared with top traders who made fortuitous bets against the market.

Trump advisers conceded concerns about the coronavirus in private meetings with board members of the conservative Hoover Institution on Feb. 24, Kate Kelly and Mark Mazzetti of The Times report. Larry Kudlow, the White House’s chief economic adviser, told the group that the virus was “contained in the U.S., to date, but now we just don’t know,” hours after saying on CNBC that containment efforts were “pretty close to airtight.”

Here’s how the information then spread:

• William Callanan, a Hoover board member and hedge fund consultant, wrote a memo, noting that nearly every federal official had raised the coronavirus “as a point of concern, totally unprovoked.”

• He then described the briefings in an email to the hedge fund magnate David Tepper of Appaloosa Management. The email circulated among the firm’s employees. Mr. Callanan also tipped at least one financier client.

• The information was passed to at least two outside investors, who in turn shared some details with others. Within 24 hours, at least seven investors at four money managers had been tipped off to some version of Mr. Callanan’s debrief.

By Feb. 26, traders acted on the information, as markets tumbled. Some investors, believing everyday life was about to be upended, bet big against the market — “short everything” was one trader’s reaction — while others stocked up on household staples. Stocks started to slip that afternoon and dropped precipitously the next day. The S&P 500 fell more than 11 percent that week.

• Mr. Callanan said that his email to Appaloosa was based on “extensive research and publicly available information,” and that a copy of the briefing provided to The Times was “materially different” from his original write-up.

• Mr. Tepper had been publicly warning about the coronavirus since early February. He initially denied receiving Mr. Callanan’s email, but later acknowledged it.

• Mr. Kudlow told The Times that he believed his private and public remarks were consistent.

The takeaway: The circulation of the briefing, Kate and Mark write, shows “how elite traders had access to information from the administration that helped them gain financial advantage” when global markets were teetering.

Steven Mnuchin says what we’re all thinking about a stimulus package. “At this point, getting something done before the election and executing on that will be difficult,” the Treasury secretary told a Milken Institute gathering after a negotiating session with Speaker Nancy Pelosi. The two plan to speak again today — but to what end?

European stocks slide amid a resurgence in virus cases. Markets are falling sharply across the continent, as officials impose new restrictions to limit the spread of the coronavirus, including curfews in Paris and a ban on mixing households in London. With an average of more than 100,000 new infections per day, Europe accounts for about one-third of new cases reported worldwide.

Wells Fargo fires employees for coronavirus aid fraud. The bank said that some employees created fake profiles to file for payments from a Small Business Administration pandemic relief program. At least 100 people have been dismissed so far as a result of the internal investigation.

Starbucks ties executive pay to diversity targets. The coffee chain said it would incorporate “measurements focused on building inclusive and diverse teams” into compensation plans starting next year, as part of a push to raise representation of Black, Indigenous and people of color in its work force. It joins a small group of companies tying pay to diversity targets.

Facebook and Twitter have deemed a New York Post report about Joe Biden, his son Hunter and Ukraine so dubious that they have limited access to it on their platforms. The moves brought accusations of censorship from Republicans, including President Trump. The Biden campaign has rejected the allegations made in the report, which was based on unverified material provided by Trump allies.

The details: Twitter prohibited users from sharing the story, while Facebook said it was limiting distribution until it could independently verify its content. After a day of confusion and criticism, Twitter said that the decision was based on the personal information shared in the story; Jack Dorsey, the company’s C.E.O., called the “lack of clarity” about the block “unacceptable.”

Social media platforms are scrambling to moderate widely shared content. In recent weeks, Facebook banned QAnon posts, ads opposing vaccination and content denying the Holocaust. Google-owned YouTube has also announced a ban on anti-vaccine content. This follows months of pressure to act on misinformation, stoking accusations from the right about censorship of conservative voices and leading the left to push for stronger action.

An S.E.C. event on “interconnectedness and risk in U.S. credit markets” took a literary turn, as the diverging fortunes of large and small businesses were expressed in Dickensian terms. “Credit is a kind of tale of two cities,” said Mark Carney, the former governor of the Bank of England.

“How are we doing?” asked Jay Clayton, the S.E.C. chairman who moderated a panel yesterday. “I don’t think anyone’s going to be critical,” said Gary Cohn, the former Trump economic adviser and Goldman Sachs executive, commending Mr. Clayton’s work in a difficult time. He argued for more fiscal stimulus, noting that “sequencing” issues in the last relief effort — “who got what when, who got theirs first” — had made it harder for small businesses to get aid than bigger players that weren’t as desperate. For all the interconnectedness of the markets, Mr. Carney said, there is minimal “trickle down” to the smallest players.

• In a research note this week, Goldman analysts noted the widening divergence between corporate bond spreads (easing) and bank loan availability (tightening). “While easier conditions in public credit markets are a welcome relief for larger companies that have access to them, small businesses — who are more reliant on bank financing — do not currently have the same easy access to credit,” they wrote.

Things get philosophical. At the roundtable, Mr. Clayton responded to criticism of continuing market dislocations by paraphrasing Voltaire, reminding the group not to let the perfect be the enemy of the good. But Glenn Hutchins, the billionaire co-founder of Silver Lake, said that the economy had shifted from a crisis phase to the “grind” of a recession, and that mismanagement of the pandemic could lead to “a real credit problem in the real economy.”

The technology giant came up unexpectedly during the Senate Judiciary Committee’s questioning of the Supreme Court nominee Amy Coney Barrett yesterday, highlighting corporate funding to secretive groups that try to influence the judiciary.

Friends of the court? Senator Sheldon Whitehouse, Democrat of Rhode Island, asked Judge Barrett if she was aware of donations to “pop-up” organizations that write amicus briefs in support of companies’ interests but do not reveal their financial connections. He noted Oracle’s donation of as much as $99,000 to the Internet Accountability Project, which filed a Supreme Court brief this year backing its copyright case against Google.

• The I.A.P. was founded in 2019 by the conservative advocate Mike Davis, a former adviser on judicial nominations for the Senate Judiciary Committee. (Its website features a “Google is Evil” page.) The organization is transparent about its stance but coy about its funding: it operates as a 501(c)(4), or “dark-money” group, exempt from disclosures. Its ties to Oracle were spotted by reporters in a disclosure by the tech company.

Amicus briefs are a legitimate part of a public relations arsenal, but some companies also fund outside groups that try to sway the court without revealing their ties — Oracle is not alone in that. Judge Barrett said she was unaware of this issue. But that is the point of dark money, after all.

Literally. The co-working company’s parent is once again calling itself WeWork as it — and its notorious co-founder, Adam Neumann — attempts a comeback.

Goodbye, “The We Company.” The company is reverting to the WeWork name, Reuters reports, abandoning the brand devised to show it was expanding beyond office space. (It paid $5.9 million to Mr. Neuman to license the name, though he later refunded the money.) The move is meant to return WeWork to its roots, the company’s C.E.O. wrote in a memo.

• The change also comes as WeWork tries salvage its core business, which has been ravaged by the pandemic. The company is offering steep discounts to tenants on a case-by-case basis, according to The Financial Times.

Mr. Neumann has also returned to the spotlight. His family office invested $30 million in Alfred, a start-up that provides services like a concierge and maintenance request software to residential buildings. It’s his first major foray into public life since resigning from WeWork last fall after its failed I.P.O. and near-collapse.

• ConocoPhillips is reportedly in talks to buy Concho Resources, in what would be one of the biggest oil and gas takeovers this year. (Bloomberg)

• Shares in Big Hit Entertainment, the music agency behind the Korean pop band BTS, nearly doubled in a market debut, valuing the company at more than $8 billion. (NYT)

• Joe Biden raised a record $383 million last month, giving him $432 million in the bank in the final days before the election. (NYT)

• France and the Netherlands urged the E.U. to enact strict regulations on American tech giants. (FT)

Best of the rest

• Motel 6, Home Depot and others have cut ties with the ad agency Richards Group after its founder called one ad “too Black” in an internal meeting. (NYT)

• Senator Elizabeth Warren criticized Disney for laying off thousands of workers while buying back shares and giving big payouts to top executives. (Bloomberg) 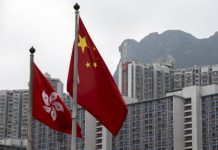 Amazon's new Echo speakers sound better, but do you need to upgrade? 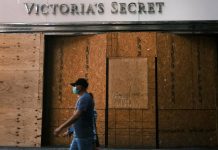 New US jobless claims drop to lowest level since March 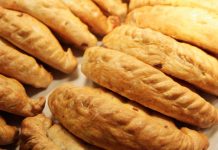 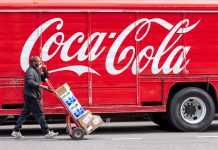 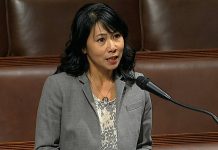 Who would run US trade policy in a Joe Biden administration? 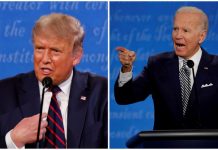 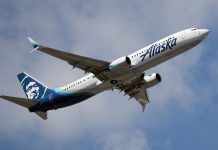 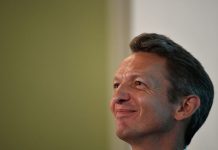 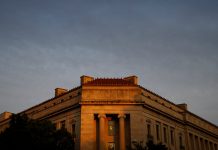 Forget Antitrust Laws. To Limit Tech, Some Say a New Regulator Is Needed.