“A lot of them had survived partition, they were living in difficult conditions, working hard shifts in the factories. It was so expensive; they must have been so lonely. But they made these extraordinary lives for themselves and their grandchildren …”

The broadcaster and author Kavita Puri has spent much of the past six years interviewing people from India and Pakistan who relocated to British migration hotspots such as Bradford, Birmingham and Southall, west London, in the 1950s and 1960s. Many have spoken of a country more cold, grey and hostile than the majestic, golden streets and idyllic green countryside they had been propagandised to imagine as faraway colonial subjects, and some were carrying significant trauma from the horrors of partition. Puri was first inspired to delve into their history by her own father, Ravi, whose own distant past she knew little about until she interviewed him on his 70th birthday in 2014 – a consequence of a wall of silence which still exists in many South Asian households.

At the age of 24 he arrived at a cold and wet Heathrow airport in November 1959. Lacking a winter coat, he took a dressing gown from his suitcase and wore it over his suit to keep warm on the solo train ride up to Middlesbrough, in the north-east of England, where he began work as a graduate trainee engineer. He later moved to Kent – where Puri grew up – with his wife, to start a family. “I remember thinking: why have I never read or heard about these stories,” says Puri. “I was worried that they would be forgotten within families and the British South Asian narrative, but also within the wider British narrative”.

Puri’s interest in the subject led her to write a book, Partition Voices, and to mastermind a Radio 4 documentary series, Three Pounds in My Pocket. The first oral history of British south Asians, its title is a nod to the amount of money that men like her father were permitted to bring to the United Kingdom. It sees Puri interweave personal testimonies with snippets from the BBC archives. Each series hinges around a period of history, providing a moving yet divided portrait of the successes and failures of British multiculturalism. Puri juxtaposes the Race Relations Act, which protected ethnic minorities from housing and workplace discrimination, with Enoch Powell’s infamous “rivers of blood” speech, contrasting the growing presence of south Asians in Britain with events such as the publication of Salman Rushdie’s book The Satanic Verses in 1989, which saw the British Asian umbrella identity split along religious lines. Second-generation voices enter the frame by the second series, bouncing between dialogues with Puri and their elders, revealing a deepening texture of parent-child relationships, civil rights movements, “day timer” club nights and hybrid identities.

The new, fourth, series starts in 1990 with Norman Tebbit’s “cricket test”, which asserted that a British Asian’s loyalty could be measured by who they supported in international cricket matches. It was a crude simplification, speaking to an undercurrent of awkwardness and hostility towards cultural diversity which remained at the end of the millennium – and which is familiar today. Puri also delves into the impact of the racist murder of Stephen Lawrence in 1993.

“He was a black 18-year-old boy, but British south Asians looked at him and thought: it could have been us,” Puri says. “Families started having conversations. One interviewee said it was the first time she realised she was a minority in this country, when her dad talked to her about how to protect herself after the murder. She was six years old.”

But Puri also refers to the 1990s as a “golden era” in which the staying power of blackness and brownness came to be reflected in UK pop culture. The first weekly south Asian-themed club night, Bombay Jungle, started at London’s Wag club in 1993. Cornershop’s 1997 hit Brimful of Asha, a tribute to the Indian singer Asha Bhosle, went to No 1 in the charts. And films such as East Is East and the TV show Goodness Gracious Me shot to popularity; the Queen was said to have watched the latter. “People described it as feeling cool to be Asian. It was celebrated,” Puri says.

However, tensions remained. While in the first half of 2001, in the buildup to the general election, Tony Blair made a speech defining chicken tikka masala as the national dish, weeks later, riots erupted among young British Asians in Oldham, in the north-west of England. The attack on the twin towers in New York on 11 September caused a drastic spike in Islamophobia. Turban-wearing Sikhs donned T-shirts that read “Don’t Freak, I’m A Sikh”. As ever, apparent progress for some meant little when deep-seated divisions remained within and between communities.

Twenty years on, Puri considers how the theme of belonging has evolved. Now, with the Black Lives Matter movement growing, demands among third- and fourth-generation British south Asians for a better historical education about Britain’s empire have taken on a new lease of life. “In the 90s, it was about seeing yourself in music and on the telly. I suppose for this generation it’s about seeing yourself in the history books,” says Puri. “It matters because it’s about your place here, and how you are part of the story of Britain. I don’t think it has to be a divisive thing. That’s why I’ve always said it’s British history.”

Three Pounds in My Pocket airs on BBC Radio 4 from 8 Jan; Kavita Puri’s book Partition Voices is published by Bloomsbury 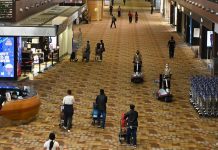 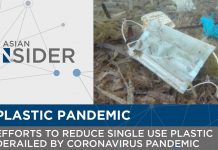 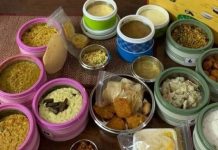 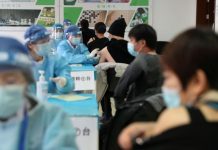 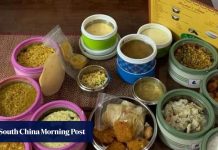 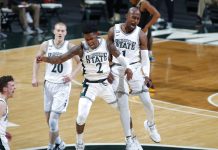 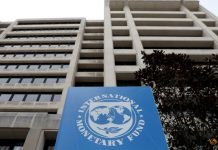 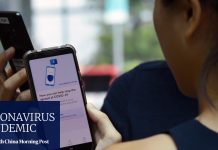