Alexey Navalny, Russian opposition leader, walks with demonstrators during a rally in Moscow, Russia, on Saturday, Feb. 29, 2019. The rally marked five years since the assassination of politician Boris Nemtsov.

Russian opposition politician Alexei Navalny on Tuesday posted a photograph of himself sitting up in hospital, saying he has been able to breathe on his own, following his suspected poisoning with a nerve agent last month.

“Hi, this is Navalny. I miss you,” the 44-year-old posted via Instagram on Tuesday, according to an NBC translation.

Surrounded by his family in the photograph, at a hospital in Berlin, Navalny said: “I still can hardly do anything, but yesterday I was able to breathe on my own all day … I did not use any outside assistance, not even the simplest valve in my throat.”

Russia’s most prominent opposition figure fell violently ill on a flight last month and was eventually medically evacuated to Berlin. Germany has since said laboratory tests in three countries have independently determined he was poisoned with a Novichok nerve agent.

The Kremlin has described accusations of Navalny’s poisoning as “groundless.” Moscow has since requested more information on his case from Germany.

A fierce critic of Russian President Vladimir Putin, Navalny has frequently been arrested and targeted by pro-Kremlin groups. He has also been consistently barred from running in local elections.

Weatherwatch: Italy’s climate is as varied as its chequered history

The Guardian view on new Brexit borders: the price of political fraud | Editorial

Rejected Tintin artwork to be auctioned with estimate of €3m 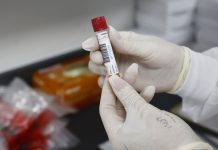