'This is why I stay off Twitter': Zendaya denies she is pregnant


Zendaya has denied she is pregnant.

The Euphoria actress, 25, spoke out after a TikTok prank went viral claiming she was expecting.

She has hit back at the rumours by appearing to brand those who posted it “challengers” and hinting she faces false rumours about her personal life every week.

The actress took to her Instagram stories on Wednesday (June 15) to say: “See now, this is why I stay off Twitter… just making stuff up for no reason… weekly. 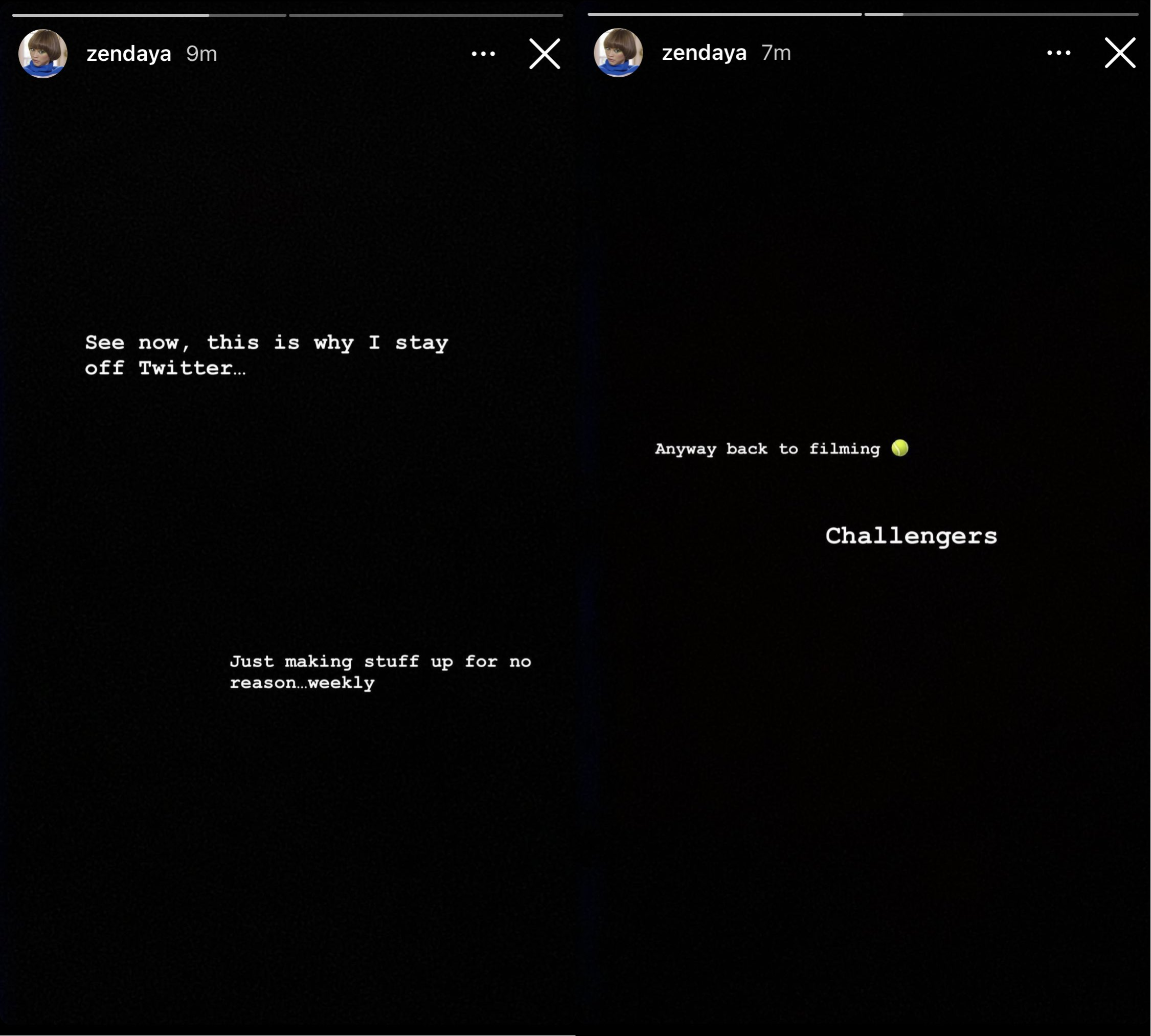 “Anyway, back to filming. Challengers.”

A video that appears to have spread online this week featured a fake sonogram photo photoshopped to look as if Zendaya had posted it on the web.

The original TikTok videos were part of a prank called ‘Getting Krissed,’ and opened with an image of a foetus with Zendaya’s profile image on it in to make it seem as if she had posted the picture.

A bogus caption said: “I love you. Halfway there”, while a fake comment with heart emojis from actress Marisa Tomei, 57, was added to make the image look more genuine.

But the end of the video cut to a clip of Kris Jenner, 66, dancing in a green sequined top to a sped-up version of Lady Marmalade, with the caption: “You just got Krissed! Send this to your friends to #Kris them!!”

The hoax has taken off amid Zendaya’s fans continuing obsession with her relationship with her Spider-Man co-star boyfriend Tom Holland.

Former Disney Channel star Zendaya — born Zendaya Maree Stoermer Coleman — posted a black-and-white photo of the actor hugging her from behind on June 1 as she grinned while celebrating his 26th birthday.

She captioned it: “Happiest of birthdays to the one who makes me the happiest <3.”

Holland told People in December 2021 he was looking forward to fatherhood.

“If I’m at a wedding or a party, I’m always at the kids’ table hanging out.”

ALSO READ: Zendaya doesn’t think she could cope with lack of privacy as a pop star