Three staffers of the International Committee of Red Cross (ICRC) were among 25 killed in a deadly attack on Aden airport moments after a plane carrying Yemen’s newly formed cabinet landed from Saudi Arabia.

Calling it a “tragic day”, the ICRC said its staffers had been killed and wounded while transiting through the airport with other civilians as the explosions occurred.

Members of the government including new Prime minister Maeen Abdulmalk as well as the Saudi ambassador to Yemen, Mohammad Said al-Jaber, were whisked away to safety of the Aden’s Maasheq presidential palace.

However, hours after the attack, a second explosion was heard nearby the building, officials told The Independent.

The Saudi-led coalition later said it had downed an explosive-laden drone that was targeting the presidential palace.

There was no immediate claim of responsibility for any of Wednesday’s  explosions, but members of the cabinet told The Independent they blamed the Iran-backed Houthi rebels who have been embroiled in a five-year war with the gulf-backed recognised authorities. A spokesperson for the Saudi-led coalition also accused the Houthis.

The Houthis denied responsibility for the airport attack and blamed infighting in the south.

“We and the members of the government are in the temporary capital of Aden and everyone is fine,” Prime Minister Maeen tweeted from Maasheq palace.

“The cowardly terrorist act that targeted Aden airport is part of the war that is being waged against the Yemeni state and its great people.”

He later tweeted his condolences to the ICRC team calling the killings a “heinous crime”.

In total the Yemeni ministry of health said 25 were killed  and 110 had been injured.

However, Salem Al-Shabhi, a senior health official in Aden, told The Independent the majority of those injured were in a critical condition suggesting the death toll could rise.

Several civilians, government officials and journalists covering the event are among the dead, including Yasmine al-Awadi, a senior official within the ministry of public works and Yemeni reporter Adeeb Al-Janani, who appears to have been killed live on air.

Witnesses described an initial first explosion at the airport terminal, sending plumes of smoke towards the plane where officials were disembarking.

Hundreds of panicked onlookers, security forces, and officials were then seen scrambling for safety as a second missile struck nearer the tarmac.

It was followed by several gunshots, with some media outlets reporting mortar shells and drones had hit the building.

The new cabinet unites the government of President Abedrabbo Mansour Hadi with southern separatists, intended to fulfil a Saudi aim of ending a feud among Riyadh’s allies.

The two groups are the main Yemeni factions in a southern-based, Saudi-backed alliance fighting the Houthis who control the north, including the capital Sanaa.

However, the southern separatists, led by the Southern Transitional Council, declared self-rule in Aden earlier this year, triggering violent clashes and complicating United Nations efforts to forge a permanent ceasefire in the overall conflict.

The Saudi-led coalition announced the new power-sharing cabinet this month in a bid to heal the rift between the anti-Houthi forces, after more than a year of intense Saudi mediation between the government and the separatists.

The STC condemned the attack and accused the Houthi movement of responsibility.

READ  Six years on, the sound of Makkah’s Ramadan cannon is still missed

US State Department spokesman Cale Brown said in a statement that the timing of the attack, “once again demonstrate[s] the malicious intent of those trying to destabilise Yemen”. He added that such attacks would not stop peace efforts.

“I wish the cabinet strength in facing the difficult tasks ahead,” Griffiths said. “This unacceptable act of violence is a tragic reminder of the importance of bringing Yemen urgently back on the path towards peace.”

‘You can’t leave bodies in drains’: Something evil has visited Kuwait City 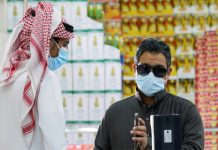 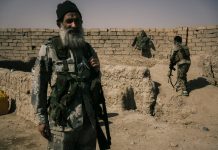 As the US pulls out, the Afghan war enters a brutal phase

Election for ‘new Algeria’ gets low turnout amid opposition boycott 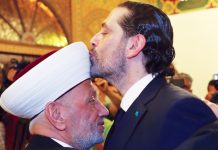 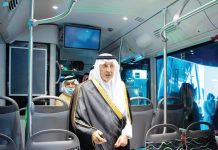 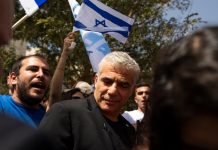 Yair Lapid Won’t Be Israel’s Next Leader. But He’s the Power Behind the Throne. 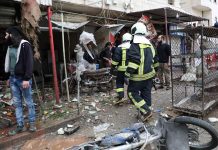 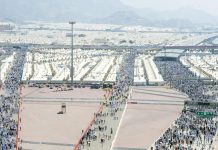 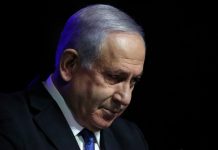