Businesses in Great Britain sending parcels to customers in Northern Ireland will not have to complete new customs processes for three months, the government has said.

The announcement came after large retailers including the department store chain John Lewis paused deliveries to the region, while others cancelled orders, owing to uncertainty about the introduction of mandatory controls on the Irish Sea border after Brexit.

From 11pm on New Year’s Eve, Northern Ireland will apply EU customs rules at its ports, meaning goods crossing the Irish Sea from other parts of the UK will be subject to customs checks.

Customs declarations will also be required, even though the Brexit deal allows for tariff-free trade in goods.

Just hours before the introduction of the trading arrangements, the government announced that customs declarations would not be required for most parcels received by Northern Ireland residents or businesses during a three-month grace period, until 1 April.

One exception is parcels sent by businesses to businesses containing goods worth more than £135. However, the firms will have three months to submit the customs declaration.

The government guidance does not state what will happen after 1 April.

Retailers and other firms had suspended delivery services to Northern Ireland and had warned of potential disruption earlier in December because of uncertainty about the new requirements.

John Lewis said it was reviewing the government guidance and was looking forward to resuming delivery services to Northern Ireland as soon as possible.

In contrast with the three-month grace period for retailers, the food industry is only anticipating it will have one week to get to grips with new rules.

Northern Ireland’s chief veterinary officer, Dr Robert Huey, has said food and animal products sent from Great Britain could be sent back or destroyed after Brexit if they were not compliant with new checks.

Traders in Great Britain have been given six months to become accustomed to Brexit controls in Dover and other ports, but under the special arrangements for Northern Ireland some will apply immediately.

Huey said no sanctions would apply during a one-week grace period. “For the first week there will be no drama,” he said.

There will be another week for suppliers to ensure they label the stock for sale in Northern Ireland. “After that there will be 100% compliance,” Huey said, adding that goods that did not have the right health certification would either be destroyed or returned.

“It sounds harsh, but that’s legally what I am required to do,” he said. “And just to emphasise we do it at the moment. So for example, there’s a requirement for farmyard machinery coming into Northern Ireland at the moment to be clean because of eel worm which is a plant health issue. If they are not clean, they go back. That happens half a dozen times a year.”

Supermarkets and big trusted foods suppliers were given a six-month grace period for all the checks in a deal hammered out between the UK and the EU in early December. But other businesses, which may include small suppliers of fresh fish, cheese or grain, will have to have their goods certified for entry from day one.

Huey said he did not expect a high level of non-compliance because goods entering Northern Ireland from Great Britain were the same standard post Brexit as they were before the end of the transition period.

READ  Nun on the run: Italian woman evades justice by living in convents

Software suppliers have predicted chaos in the weeks ahead however, as companies that trade in Ireland discover they have to submit customs paperwork for the first time.

They will also be required to use a new HM Revenue & Customs software, known as the customs declaration system (CDS), which was only delivered at the beginning of December.

“To expect a software company to not only test all those changes but then roll that out to thousands of customers, or [even] hundreds of customers is just not feasible,” said Stephen Bartlett, the chairman of the Association of Freight Software Suppliers.

Normally it would take “at least 12 to 24 months to roll this out to our customers”, Bartlett said, adding that CDS was so complicated that it might take customers two weeks to install it on their internal systems. “HMRC have made it very difficult to move people across even if we wanted. To quote one of them it’s like wading through treacle,” he said.

A government spokesperson said: “Our IT systems will be fully operational by 1 January. Over the past year we have continued to work with key delivery partners to support preparations for CDS.

“In addition, the government has established the trader support service, which is a free-to-use service that will submit declarations to CDS on behalf of those traders moving goods under the Northern Ireland protocol.”

Honest mistakes made by businesses in the first few weeks of the new trading arrangements should be treated with “pragmatism not penalties”, Britain’s business lobby group has urged.

The Confederation of British Industry (CBI), which represents almost 200,000 businesses, is calling on authorities to help firms “by relying on pragmatism rather than penalties. Honest mistakes should be coached, not penalised in the coming weeks.”

Matthew Fell, the CBI’s chief UK policy director, said: “It’s something of a surprise that businesses still do not yet know what awaits them as vehicles roll off and how each member state will marshal the new rules on day one.”

He added that any issues which arose under the new trading arrangements needed to be solved quickly, and called on the UK and EU to minimise disruption and keep goods moving after 1 January. 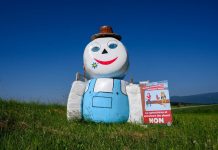 Euro 2020: split loyalties as UK bars put up the bunting for Croatian fans

Now the G7 too is having its energy sapped by Brexit 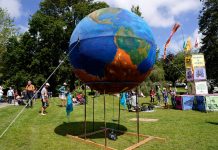