Tiger Woods is ‘awake, responsive, and recovering in his hospital room’ after undergoing surgery on the ‘significant’injuries he sustained to his right leg following a horror car crash, a statement on his official Twitter account confirmed.

‘We thank everyone for the overwhelming support and messages during this tough time,’ the statement read.

‘As previously communicated Tiger was involved in a single-car accident early this morning in California. He has undergone a long surgical procedure on his lower right leg and ankle after being brought to the hospital.

‘He is currently awake, responsive, and recovering in his hospital room.’

‘Comminuted open fractures affecting the upper and lower of the tibia and fibula bones were stabilised by inserting a rod into the tibia. Additional injuries to the bones of the foot and ankle were stabilised with a combination of screws and pins.

‘Trauma to the muscle and soft tissue of the leg required surgical release of the covering of the muscles to relieve pressure due to swelling.’

Woods survived ‘what would otherwise have been a fatal crash’ because the interior of his vehicle remained largely intact, according to Los Angeles County Sheriff Alex Villanueva.

The 45-year-old was ‘conscious and able to communicate’ with emergency personnel at the scene and was taken to Harbor UCLA Medical Centre.

‘The front end was totally destroyed, bumpers destroyed, airbags deployed – thankfully the interior was more or less intact, which gave him the cushion to survive what would otherwise have been a fatal crash,’ Sheriff Villanueva added.

He said that ‘deputies at the time did not see any evidence of impairment’ after arriving on the scene of the crash at 7.18am local time.

‘We’re looking at signs of (being) under the influence of either narcotics, medication, alcohol, odour of alcohol, all these different things that would give you an idea but there was none present,’ Villanueva added.

Villanueva added that the downhill, sloping road ‘has a high frequency of accidents’ and that the distance the vehicle had travelled indicated that Woods had been ‘going at a relatively greater speed than normal.’

Deputy Carlos Gonzalez was first on the scene and said Woods was ‘not able to stand under his own power’ before being removed from the vehicle and placed on a backboard.

He said that Woods was wearing his seatbelt and was ‘still calm and lucid’ when he told him his name.

Woods was travelling northbound on Hawthorne Boulevard, at Blackhorse Road, when the incident occurred. It is thought the first point of impact was a wooden road sign bearing the words ‘Welcome To Rolling Hills Estates’, which was recovered by police.

The former world No.1 was at Riviera Country Club at the weekend as host of the Genesis Invitational, but was not competing following recent back surgery. Pictures on social media showed Woods smiling with comedian David Spade and basketball star Dwayne Wade as they filmed content for GolfTV.

Speaking at the weekend, Woods said he hoped to be able to contest the Masters in April following a microdiscectomy to relieve a pressurised disc fragment in January. Asked if he would be at Augusta National, Woods said: ‘God, I hope so.’ 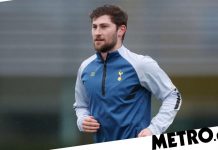 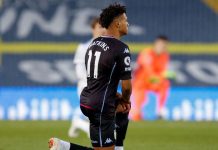 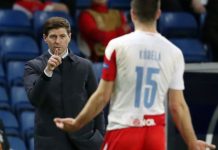 Halep on the hunt for Grand Slam titles, Olympic medal 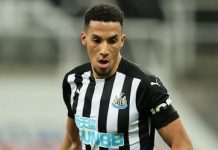 Newcastle's Hayden to miss rest of season with knee injury 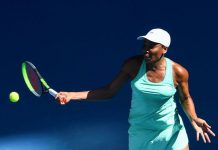 Tennis: Venus Williams dumped out of Miami Open first round