Now more than ever, an increasing number of people are turning to streaming services as a form of entertainment. That is no real surprise considering the staggering amount of notable titles hitting such platforms, with Disney+ soon to release WandaVision on 15 January, and a fourth Stranger Things series on the way for Netflix.

Add onto that the month-to-month subscriptions which allow users to easily end their services with a streaming platform with no repercussions. Users a great reason to cut ties with your cable TV subscription and move onto one or more of the many streaming services available.

But with so many to choose from, just which should you subscribe to? To help you out, we’ve a quick guide on the best streaming services available in Singapore, as well as some quick tips and tricks to help you navigate the service better.

Who is it great for?: For those who love having a large library of content to choose from, from Netflix Originals, to Korean dramas, English movies, and more.

First created for DVD rentals and sales, Netflix began offering its streaming services in 2007 and it has since grown to become a giant in the streaming industry, with tons of original content such as the popular Queen’s Gambit and other Netflix originals such as The Witcher starring Henry Cavill and Castlevania.

There are even shows of various genres, from Korean dramas to Japanese anime, to binge-watch.

Not only can you enjoy unlimited streaming of Netflix’s many TV shows, movies, comedies, and documentaries for just one monthly subscription fee, you can even create up to five different profiles for your friends and family.

This way, each of you will have your own series of recommendations based on the individual watch history. As of yet, there is perhaps no other service that can provide its viewers with such a wide selection of shows for the price it is charging.

Extra tips and tricks: Have trouble narrowing down a show to watch?

You can easily access Netflix’s sub-categories via a secret menu of sorts by keying in special codes behind the URL ‘https://www.netflix.com/sg/browse/genre/(insert code here)’. A full list of codes is available for you to browse through.


Subscription Fee: From $6.98/month; Free for 1 year with purchase of an Apple device. The free trial period will expire in February 2021.

Who is it great for: For Apple customers who want to enjoy original comedies, dramas, thrillers, documentaries, and kids shows.

One thing that sets Apple TV+ apart from the likes of Netflix and Amazon Prime Video is that it only showcases content made specifically for the platform.

Some shows that can be found on the platform include The Morning Show starring Jennifer Aniston and Reese Witherspoon, and M. Night Shyamalan’s Servant.

Apple TV+ also has several programmes in the works, which when coupled with its subscription fee of $6.98/month, makes it an affordable platform to access ad-free high-quality content.

Extra tips and tricks: Apple TV+ has a Sleep Mode that you can customise to have the Apple TV go to sleep as you doze off while watching a show as background noise.

Simple go to ‘Sleep After’ on your Apple TV app and set a time frame for the app to turn itself off. Also, if you aren’t fond of subtitles while watching a show on Apple TV+, you can ask Siri “What did he/she just say?” and the title will rewind to where the person last spoke, with subtitles turned on temporarily.

A post shared by Amazon Prime Video US (@amazonprimevideo)

Who is it great for: Amazon Prime members who want to both stream videos and shows, as well as be able to rent or purchase movies à la carte.

Much like Netflix, Amazon Prime Video comes with its own generous selection of original programmes, with the biggest hit released on the platform thus far arguably being The Boys which already has two seasons released and a spin-off in the works.

The streaming service also offers a variety of family-friendly kids shows to entertain your children with, including both Amazon Originals such as Just Add Magic, to licensed titles like Peppa Pig. You can even rent or purchase movies through Amazon Prime Videos though that will be an à la carte service.

Sadly the UI is pretty bad and makes it a chore to find something to watch.

Extra tips and tricks: Want to know more details about the show you are currently watching? From the actors on screen to what song is being played, you can easily find out more information on the show through Prime Video’s X-Ray feature.

If you’re an Amazon Prime member, be sure to make full use of this additional benefit.

Who is it great for: Home to all things Warner Bros, this includes shows from Cartoon Network, DC comics, and Looney Tunes. For those who enjoy HBO’s extensive library of original content which includes originals such as Game of Thrones and His Dark Materials. HBO GO tends to have a stronger run of movies as well.

When it was first launched in 2010, HBO GO offered its users a platform to watch the many movies, series, comedy, documentaries and more HBO has to offer while on the go.

Then it was announced that following the launch of WarnerMedia’s new HBO Max, HBO GO was to be no more.

Fortunately for those in Singapore and Asia, where access to HBO Max is still not available, one can still subscribe to HBO GO through various means. This includes subscribing through iTunes or Google Play directly, or through telecommunication services Singtel and StarHub.

Shows available on HBO GO include original titles such as His Dark Materials, a drama adaptation of Philip Pullman’s novels, with two seasons already released and a third one on the way.

As well as The Flight Attendant starring Kaley Cuoco, as well as Watchmen which won several Emmy awards in 2020.

Viewers will also be able to find movies and TV shows of various genres such as Despicable Me 2 and Spider-Man: Far From Home.

Extra tips and tricks: If you’re done watching a show, have decided it is not for you, and do not want the show clogging up your ‘Continue Watching’ section, you can remove it easily by heading to Continue Watching > Edit, and choose the individual shows to delete, or select ‘Clear All’ to wipe the slate clean.

Who is it great for: Fans of Marvel, Star Wars, and of course, Disney content.

Barely more than a year old, having released in November 2019, Disney+ has managed to carve a name for itself among the sea of streaming services.

This is largely thanks to the frankly frightening selection of properties Disney owns, from Marvel to Star Wars, and now Fox.

Disney+ is also the one platform where one can find original Marvel TV shows, which will be crucial for those following the Marvel Cinematic Universe, as well as Star Wars TV shows such as the first two seasons of The Mandalorian.

As announced during its latest Investor Day presentation, Disney will be releasing a number of new TV shows for Marvel and Star Wars for fans of each franchise to look forward to.

It remains to be seen if premium video on demand will be made available in this region. The last time it was employed was for Mulan back in September 2020, before becoming part of the service in December 2020.

Extra tips and tricks: If you like to watch your shows with subtitles on, then you might be happy to know that Disney+ gives you the option to customise the captions you’ll get to see on a show, from the font, to the size, and even the colour.

Simply tap on the gear icon to access the setting.

Who is it great for: Fans of Korean dramas and variety shows.

Are you perhaps a huge fan of Asian dramas and variety shows, especially those from Korea? Then Viu will definitely be the streaming service for you as it serves Asian titles from dramas Hotel Del Luna and Descendants of the Sun to variety shows such as Running Man. Some might even call it the Netflix of Asian shows.

But in recent times, the selection has become rather scant on the service with Netflix cross carrying content a few months later.

Unlike the other services on this list, Viu does come with a free option that gives viewers access to select dramas and variety shows after the premium subscribers, with video quality capped at 480p and ads playing during the stream.

In comparison, Viu Premium offers shows as quickly as 8-hours after the show is originally aired live, with full HD quality videos with limited ads available.

Furthermore, viewers can enjoy unlimited downloads of videos to watch while on the go without having to spend extra mobile data streaming from Viu.

Extra tips and tricks: You can choose to sign up for the Singtel-Viu Premium No Contract Plan which gives you a free 3-month trial for Viu Premium.

Thereafter if you’d like to continue enjoying Viu Premium at the lowest possible cost, you can consider opting for the Singtel-Viu Premium 12-month Contract which is at $4.90/month for Viu Premium services.

There you have it, a look at the various streaming services available in Singapore. At the end of the day, which streaming service you go for is ultimately dependent on the content you wish to consume and your budget:

The good news is that there is no need to limit yourself to just one streaming service, it is all about picking the ones that best suit your budget and content needs.

Plus the great thing about these streaming services is that you can sign up for them anytime you want, so for now if you are still unsure of which to go for, you can do some more research on the shows available on each platform, or take note on what shows will soon be released, and pick from there. 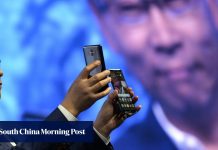 From No. 1 to No. 6, Huawei smartphone shipments plunge 41% as U.S. sanctions bite 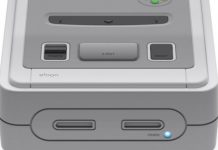 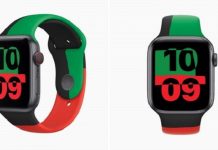 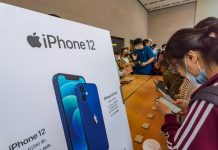 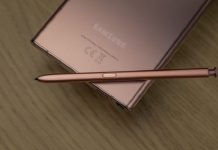 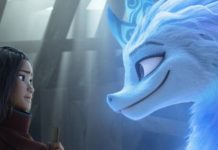 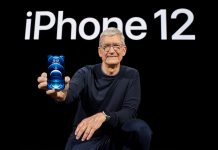 Welcome to the super cycle: Apple just had the best quarter in the history of the smartphone 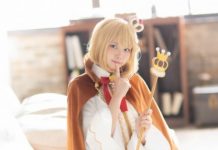 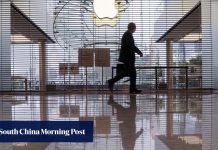