Thirteen people have died and 251 have been injured in a toxic gas leak from a storage tank at Jordan’s Aqaba port, state television reported, as authorities called on residents to shut windows and stay indoors.

The leak on Monday came after a cable lifting a tank filled with 25 tonnes of chlorine snapped, sending the container crashing to the ground.

A video posted on state television’s Twitter page showed the storage tank falling from a winch and slamming into the deck of a ship, releasing clouds of yellow gas that sent dock workers racing away.

City health authorities advised residents to close their windows and stay in their homes, according to state TV.

The deputy chief of the Aqaba Region Ports Authority, Haj Hassan, told the local broadcaster Al-Mamlaka that a “cable carrying a container containing a toxic substance broke, resulting in the fall and escape of the poisonous substance”.

The channel cited a former head of the company that operates the port, Mohammed al-Mubaidin, as saying a vessel had been waiting to load almost 20 containers of liquified gas “containing a very high percentage of chlorine”.

He said the gas was heavy and “it is not easy for its gas clouds to move … as it concentrates in one area and is affected by wind movement”.

Aqaba’s southern beach was reportedly evacuated after the incident.

Local media showed members of the civil defence forces and medics rushing to the scene of the accident wearing masks.

The injured were transported to two state hospitals, one private facility and a field hospital. Aqaba’s health director, Jamal Obeidat, said hospitals were full and the injured people were in “medium to critical condition”.

The Jordanian prime minister, Bisher al-Khasawneh, was headed to Aqaba, state TV reported. It said hehad formed an investigation team to look into the incident, chaired by the interior minister.

The Taliban’s Dangerous Collision Course With the West 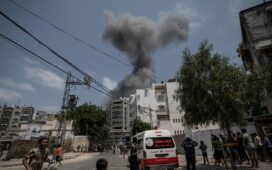 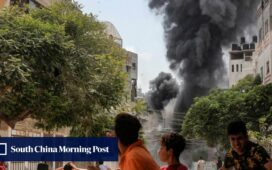 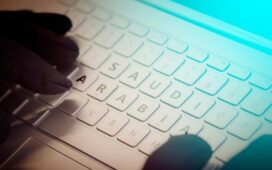 At least 10 killed as Israel launches airstrikes on Gaza 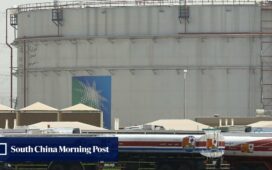