Trade should play its part in saving the planet


For decades now, environmentalists and free-traders have been circling each other warily in mutual suspicion. Dating back to the time green campaigners helped to collapse the legendarily disastrous 1999 World Trade Organization conference in Seattle, each tends to regard the other as, respectively, planet-destroying neoliberals or Luddite protectionist ignoramuses.

This long-term dysfunctional relationship means missing a big opportunity — a strong trade dimension is notably absent from the COP27 climate conference, wrapping up in Sharm el-Sheikh this week. There has been an increase in defensive environmental measures in trade, levelling the international playing field to protect businesses from imports produced to lower standards. But given the vast improvements in green technology, from renewables to electric cars, the drive to reduce carbon emissions needs a stronger element of open trade and the transfer of technology.

In recent years, addressing the environment has mainly meant bolting increasingly complex additional chapters on to the traditional preferential trade deals, or PTAs, that set conditions for better market access. Quite often, environmental issues stop trade deals getting done at all. The prospects of an EU agreement with Indonesia have been dimmed for years by the European parliament in effect blocking imports of palm oil because of worries over deforestation — a concern now being extended to restrictions on a whole range of different products.

In the vein of not giving environmental villains competitive advantage, the EU’s other big contribution to the trade-and-environment debate is the proposed carbon border adjustment mechanism to prevent the “carbon leakage” of emissions-intensive industries moving abroad.

Some of this may be fine as far as it goes, though sceptics are right that green provisions can get misused for protectionist ends. Certainly research shows green conditionality has reduced exports from countries to the EU under PTAs, though whether that actually benefits the environment or not is debatable. 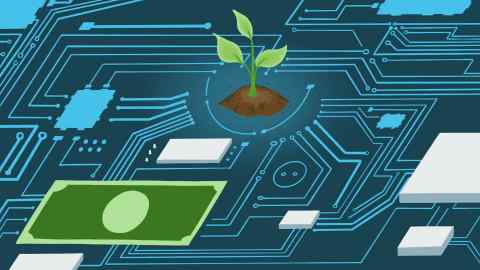 But equalising environmental standards doesn’t by itself produce and disseminate the technology that makes a prosperous low-carbon future possible. In fact, the growth of new sectors frequently kicks off fresh trade wars, as producers try to establish a dominant position in markets with first-mover advantage and economies of scale.

The installation of solar panels in the world’s big economies has been retarded and complicated by a series of trade disputes going back a decade, European and US producers complaining about competition from China. There have been similar rows over trade in e-bikes and windpower equipment.

To be fair, in the years since the solar trade wars started, the danger of being dependent on China for hard-to-replace technology has clearly increased. Beijing has become increasingly willing to use economic coercion, though its early run-outs against advanced economies (Australia and Lithuania) haven’t been entirely successful.

It makes sense for economies, middle-income as well as advanced, to diversify their supply networks. But resilience frequently overbalances into protectionism. Reducing reliance on China shouldn’t mean automatic onshoring. If every economy in the world tries to develop its own technology and its own domestic industry, there will be a vast and inefficient archipelago of discrete markets rather than an efficient critical mass.

There’s a compelling case for government investment in green technology, given the environmental benefits it can bring. But tying that spending to local content requirements, as the US is notoriously doing with its electric vehicle tax credit, isn’t a sensible way to do it.

Governments may do well to invest lavishly in supporting new cutting-edge products, as opposed to creating gluts by building capacity in mature sectors like manufacturing semiconductors. But a subsidy race where onshoring concerns trump efficiency is not the way to create and disseminate the most efficient technology. It’s more likely to irritate trading partners who then respond with import duties against products they consider dumped or unfairly subsidised.

The trade aspect of technology and climate change has been seriously neglected. Talks among a coalition of (initially) willing countries over cutting tariffs on goods to benefit the environment started at the WTO in 2014. But they soon ran into trouble when the EU in particular objected to China’s perfectly reasonable contention that bicycles were environmentally friendly products, and talks stalled.

Moreover, a vague sense that global commerce is bad for the planet because of cargo ships and freight planes burning fossil fuels has often been allowed to roam around policy circles and public opinion without effectively being challenged. In fact, international freight transport is on average considerably less than half the carbon footprint of traded goods.

As ever, globalisation and open trade are never all good or all bad, though they tend to the former. They certainly don’t bear the main responsibility for the state of the planet and its climate, but they could be playing a much bigger role in improving it.

Are you curious about the FT’s environmental sustainability commitments? Find out more about our science-based targets here