Italy is being removed from the UK’s travel corridor in a fresh blow to holidaymakers who will have to quarantine for a fortnight on their return from the country.

In a move that was earlier revealed by the Guardian, Italy – which recorded its highest ever daily tally of Covid-19 cases this week – is being dropped from the dwindling list of locations that travellers can visit without facing quarantine when they come home.

It comes after the country last week imposed new requirements meaning visitors from the UK and some other nations must provide evidence of a negative Covid test taken 72 hours before travel – although some Italian airports have been providing tests on arrival.

Italy was one of the last major European holiday hotspots where UK travellers could visit without quarantining on their return, after France and Spain were dropped from the travel corridor in recent months, prompting chaos for tourists. Last year UK residents made more than 5m visits to Italy, according to Office for National Statistics estimates.

Separately, the Greek island of Crete is being added to England’s travel corridor following decreasing cases, meaning arrivals will no longer have to isolate, in a move that Shapps said aligns all of the UK’s approach to Greek islands. The changes for both Crete and Italy will come into effect from 4am on Sunday – allowing 24 hours extra warning than previous corridor changes in recent weeks.

Wales is also removing Crete from its travel corridor. Scotland, which imposed quarantine restrictions on travellers arriving from Greece last month, is re-adding the country to its travel corridor – with the exception of the Greek island of Mykonos.

Scotland’s community safety minister, Ash Denham, said: “Lifting quarantine restrictions on those travelling from most of Greece, in line with the public health data we have received, is not a signal that it is safe to book foreign travel. All travel carries a risk and people should think long and hard before choosing to go abroad.”

Shapps has been under pressure from the aviation sector over the government’s failure to introduce a testing regime to cut quarantine times for visitors. Last week he launched a “global travel taskforce” to explore the issue, and it is due to report back next month.

Italy has the second highest Covid death toll on the continent, with 36,289 fatalities since the pandemic began as of Wednesday, but its daily cases are below the UK’s.

Italy reported another 43 Covid-related deaths on Wednesday, and the number of people in intensive care with the virus is rising – 539 on Wednesday, up from 514 the day before.

The country’s prime minister, Giuseppe Conte, has said he is determined to avoid a new general lockdown. On Tuesday Italy imposed new restrictions on gatherings, restaurants, sports and school activities. 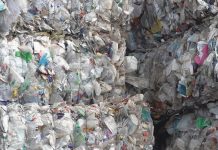 Samuel Paty's killer 'was in contact with jihadist in Syria'