Detained, fingerprinted, treated with hostility and suspicion: are EU citizens right to be concerned about entry to the UK? Many have written to us to share their views and experiences of the border.

Robert, Briton returning from the Netherlands

“I recently returned from a short business trip to France and the Netherlands. What was really interesting to me was the fact that the French tried to help and were sympathetic, whereas the UK Border Force were diabolical and absolutely awful to deal with. I was in the military and fought overseas and I have been a teacher, and I’m used to dealing with aggressive and uncooperative people. The chap at the Border Force was quite possibly one of the most unpleasant people I have met. He was unsympathetic and overtly hostile. I was embarrassed and ashamed to think this was the first view that anybody travelling to the UK may have of our country.”

“I’m a Canadian (of Scottish descent), married to a German, living in Switzerland since 2006. I’ve travelled to the UK, both for business and pleasure, on multiple occasions over the past 30 years and, aside from Heathrow being a nightmare, have always felt 100% at home.

“My 12-year-old daughter has said that one of the first places she wants to visit post-Covid is London. Because of the stories [about border treatment], we will be postponing our trip – along with the four- or five-star hotels, West End theatre, Michelin-starred restaurants, museums, shopping, taxis, etc. If your current government is too shortsighted to realise the long-term economic implications of their current strategy, we’ll be happy to wait for the next election, or the next …”

“I have read the stories about visitors complaining because they have been questioned by the immigration officers in the UK. I travel to New York three or four times each year; I have a flat in New York; I pay property taxes, utility bills and so forth. I am fingerprinted, photographed, asked why I am there, for how long, where I am staying, my occupation … every single time. So what? After Brexit, the UK is like the US: we visitors should just be prepared and comply with the new rules, which I believe make total sense for the UK, or am I missing something?”

“I am now very anxious I will suffer similar treatment when I go to the EU. My children have been raised in Italy and live there as adults. I am used to visiting and not having to buy a return ticket but only coming back to England when I decide to, not because I am bound by a return ticket date. The whole thing is a disaster and my rights to see my children, especially in terms of frequency and duration, have been severely curtailed by Brexit.”

Jakub, Polish, working in banking in the UK

“I have noticed a change of attitude of border control personnel. I have been living in the UK since 2012, having gone to university and developed my professional career in the finance industry. Two years ago, I was granted EU settled status. Two months ago, I came back to the UK after a few months abroad and noticed a change of attitude, exemplified by questions like, ‘Why are you coming here?’, ‘Do you live here?’, which obviously they should know as I have settled status, which as far as I am aware is linked to my passport. This now makes me really worried whether I can actually leave the UK and go on holiday, as there is no guarantee that even with my settled status I will not be interrogated upon my return.

“People like myself pay thousands of pounds in taxes, as part of my income is taxed at 40%. This kind of treatment is not something we deserve as EU nationals. I have made this country my home; almost all my friends are British and I plan to buy a property here in the UK. I only hope that these issues are just temporary.”

Alex, German national coming to Britain to see his partner

“Because of Covid, I have not seen my partner in a year, but he had a very horrible experience on the UK border last week. He tried to visit me by ferry but was treated like a criminal. The officials acted as if they had all the power of a president and turned my partner back, warning that they could blacklist him.”

What the Home Office says

“Now freedom of movement with the EU has ended, those who are coming to the UK to live, work or study for more than six months must have obtained the necessary permission to do so before they travel. The British public expect us to check that everyone entering the UK has the right to do so.

“We expect Border Force to treat all arrivals with respect and consider each passenger’s situation on an individual basis. The British public expect us to check that everyone entering the UK has the right to do so, and passengers may be asked questions to establish the basis on which they are seeking to enter the UK.”

Names have been changed where requested 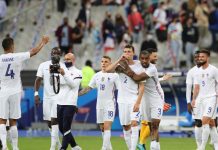 Prisca Matimba Nyambe: who is the dissenting judge in Ratko Mladić case?

Ratko Mladić: life in prison is as close to justice as his victims will get 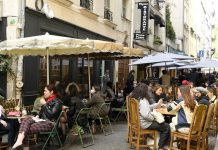 Pigeons drop in on Raphael exhibition in Madrid

Emmanuel Macron slapped in the face during walkabout – video

Emmanuel Macron slapped in the face during walkabout