President Donald Trump’s son-in-law and senior advisor Jared Kushner said Tuesday that he supports the president’s plan to cut drug prices and argued that the U.S. shouldn’t pay more than other European countries for the same treatments.

Kushner’s comments to CNBC came two days after Trump announced that he signed an executive order that aims to lower drug prices.

The president wrote Sunday that his “Most Favored Nation order” will guarantee the U.S. receives the same, lower drug prices that the pharmaceutical industry gives to other countries.

Kushner said that order is designed to compel drugmakers to make their pricing policies fairer across the globe.

“Right now, there’s a disproportionate burden being shared by America. … If you’re the largest customer from somebody, you should be getting the best price, not the worst price,” Kushner said on “Squawk Box” from the White House.

Trump has throughout his presidency attacked Big Pharma for what he sees as predatory pricing policies. The president is especially irked by the disparity between the prices paid by Americans and those paid by citizens from other developed countries in Europe.

“Drug companies, which are being forced by me to substantially reduce Drug Prices, are taking $millions in ads saying I want to increase Medicare Primiums. Wrong, just the opposite! These ads show DRUG PRICES ARE GOING DOWN, and they are not happy! False advertising!” he tweeted Aug. 13.

Trump also signed a variety of executive orders in July aimed at reforming the drug industry.

One such order would allow states, pharmacies and wholesalers to import drugs from Canada where they typically cost less than in the U.S. In most circumstances, it is illegal to import medications from other countries for personal use, according to the Food and Drug Administration. 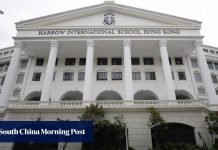 ‘We just want to come home:’ Hong Kong citizens and residents stranded in the UK after gov’t travel ban plead for help 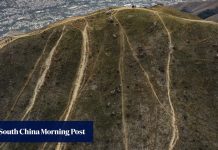