ISTANBUL: The well-known Turkish actress Ezgi Mola was notified on Wednesday of a court case brought against her for “insulting” Sergeant Musa Orhan in a tweet she posted last year. If convicted, she faces a jail sentence of two years and four months.

The man she is charged with insulting is currently on trial facing charges of causing the death of 18-year-old Ipek Er in the southeastern province of Batman. Er attempted suicide on July 16 last year and eventually died in hospital, where she was being treated for injuries sustained in the attempt. She left a letter in which she claimed that Orhan had raped her and later told her, “Report me wherever you want! I’ll be fine.”

Aylin Nazliaka, chair of the Women’s Branches of Turkey’s main opposition, the Republican Peoples’ Party, claimed Er was held against her will for 20 days.

Orhan was briefly arrested in August last year and was released a week later pending trial, despite public outrage and a nationwide social-media campaign. The case was placed under a confidentiality order and one journalist who covered the story faced criminal charges.

During his trial’s third hearing on Wednesday, Orhan denied all charges and blamed the victim’s father for her death, saying: “A father’s duty is to protect his daughter; to teach her, not to sell her, not to direct his daughter to commit suicide.”

Mola’s tweet, posted shortly after Orhan’s release in August, said: “I hope that you drown in your conscience (whoever) freed such a rapist b*****d. Now you have taken away everything from us — the law, prayers, wishes, desires, hope!! What can I say! Shame on you! #ArrestMusaOrhan.”

The actress is accused of insulting Orhan in a written post. Mola’s indictment has been accepted by the Ankara 31st Penal Court of First Instance.

The hashtag “You are Not Alone” has been trending on Twitter, with many celebrities, musicians and the Izmir metropolitan mayor offering their support to Mola.

“She called a rapist b*****d a rapist b*****d. What’s wrong with that? Musa Orhan is also a KILLER who caused the death of the woman he raped and he is FREE. No one can guarantee that he will not take the life of another woman again!” tweeted another famous Turkish actress, Hazal Kaya.

In a statement on social media, Mola said: “It is so nice to feel that I am not alone, my dearest ones. I would like to thank you all very much. I love you and I know that love will save us.”

Orhan’s attorney has filed a criminal complaint against 16 celebrities in Turkey who have expressed their support for Mola.

Feleknas Uca, an MP for Diyarbakir, submitted a request last year to the justice minister to open a parliamentary inquiry into Orhan’s release and Er’s death. However, the ministry dismissed the request, calling it “hurtful.”

Interior Minister Suleyman Soylu claimed that supporters of the People’s Democratic Party (HDP) and the Kurdistan Workers Party were trying to raise the profile of the case against Orhan in order to keep attention away from similar, unspecified, scandals within those parties.

Coincidentally, on June 2, the Istanbul prosecutor’s office ruled for nonsuit in the case of a man who openly insulted the mother of the jailed ex-leader of the pro-Kurdish HDP, Selahattin Demirtas, in video footage that was recently posted on social media. 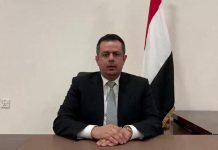 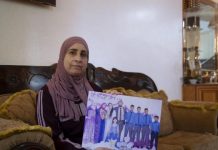 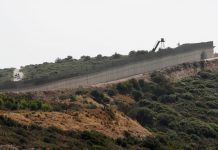 Israeli army carries out sweep at border with Lebanon 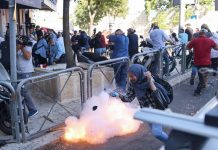 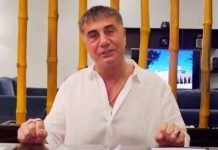 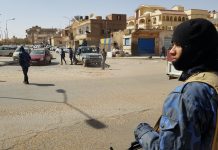 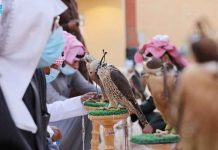