“Like many companies, we are facing some short-term headwinds, but the long-term opportunity remains strong as companies continue building their customer engagement strategies, become more efficient, and aim to build better and more personalized relationships with their customers,” Jeff Lawson, Twilio’s co-founder and CEO, was quoted as saying in a statement.

Notwithstanding the after-hours move, Twilio shares were down about 83% so far this year, while the S&P 500 index was off by about 20% over the same period.

Twilio is working to start generating operating income on an adjusted basis in 2023. In September the company announced that it was cutting 11% of employees. Over 800 will leave the company in the fourth quarter, Twilio said on Thursday. 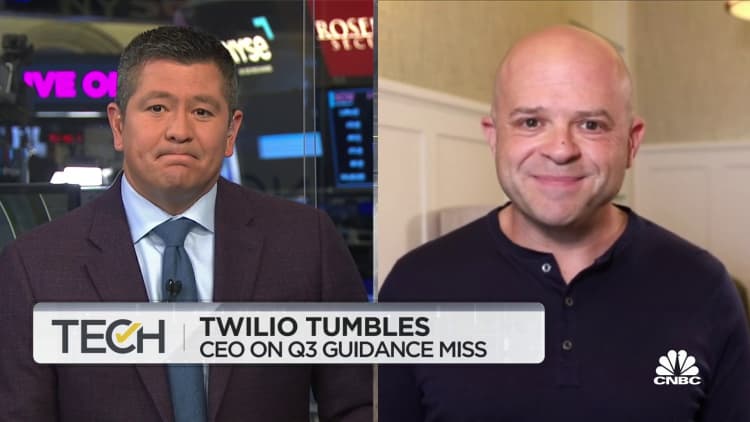