Two of his startups failed. Now, this 30-year-old just bagged $32 million for his company

Sae Hyung-jung remembers a time when he worried about not having enough money for his next meal.

He was 20 years old, and had just founded an artificial intelligence (AI) company that helped students improve their test scores for university entry examinations — but it wasn’t doing well.

“I had so much debt and I even had to use my credit card to give salary to my employees,” Sae told CNBC Make It.

I was so obsessed about making it work because it was my own product.

He is now the founder and CEO of oVice, a virtual office platform created to bring the collective energy in physical office spaces to remote teams.

For example, the platform allows casual check-ups with colleagues without the “formalities of online meetings,” according to oVice.

The company is headquartered in Japan where Sae, a South Korean, now lives.

Late last month, oVice raised $32 million in a Series B funding round led by a group of investors from Japan and overseas. The latest funding brought the total capital raised to $45 million.

The company has been making $6 million in annual recurring revenue, according to Sae.

CNBC Make It finds out what the young entrepreneur learned from his failures, and how a new start-up was eventually born.

The biggest problem about the failed AI venture was that he did not “find the market,” Sae acknowledged.

“My AI platform specialized in that one examination that overseas students needed to take to come to Japan,” he shared, referring to the Examination for Japanese University Admission for International Students (EJU).

Sae, who was studying in Japan in 2017, took the same exam and struggled while preparing for it.

“There were not many books to study for EJU… I collected questions from local university exams and made an AI that generates questions to improve students’ scores,” he said.

“But [at that time], only 1,000 people were doing this exam every year, so it was [a] really niche and small market.”

Investors told him that for them to invest in the start-up, he would need to expand the market.

But Sae said he was stubborn. “I said no. I want to solve this problem.”

Despite his resolve, the platform struggled to stay afloat, and as Sae put it simply — “it failed.”

Sae Hyung-Jung is now the founder and CEO of oVice, a virtual office platform created to bring the collective energy in physical office spaces — to remote teams.

“I was so obsessed about making it work because it was my own product.”

He eventually sold off the company, which helped him to pay off his debts and gave him the “reset” he said he desperately needed.

Even so, Sae didn’t give up — because entrepreneurship is a “continuous journey,” he said. Moreover, it wasn’t his first taste of failure.

When he was 18, he started a trade brokerage business connecting companies with supplies and distributors in Japan and South Korea. But after a year, Sae had to close shop.

“Back then, 2011, there was a big earthquake in Japan. It was crazy… my clients [in South Korea] were importing products from Japan, their buying prices were doubling.”

If you have flexibility, you will have a closer chance of success.

Seeing how unsustainable the business was, Sae decided to shut down his business and pursue a university degree in Japan instead.

Looking back at his experiences, he realized being adaptable is crucial in entrepreneurship.

“If it’s not going to work, it’s okay. I will start another thing. If you have flexibility, you will have a closer chance of success.”

An idea is born

Throughout university and graduate school, Sae worked as an AI and blockchain consultant. In February 2020, his role brought him to Tunisia — which is about 925 kilometers, or 575 miles, from Italy.

At that time, the Covid-19 virus was spreading quickly throughout Italy, which became the epicenter of Europe’s first coronavirus outbreak.

“The Tunisian government said that you need to go out tomorrow because we’re going into lockdown. But flights to Japan happened once a day, so it was impossible,” Sae said.

Stuck in Tunisia, Sae had to work remotely, along with his colleagues in Japan who were working from home as well.

But he quickly grew frustrated with remote work, as there was little collaboration between employees.

Doing remote work … It felt like a blackout, you don’t know anything that’s happening in the company anymore.

“In the office, I could go ask for project updates and quickly identify bottlenecks, or I could discover problems from conversations I somehow overheard,” he explained.

“But doing remote work, communicating through Zoom, Slack… that doesn’t give you the same kind of experience. It felt like a blackout, you don’t know anything that’s happening in the company anymore.”

Sae decided to take matters into his own hands, and recreated the space-sharing concept of an office — taking it online.

For example, his virtual office platform allows users, or their avatars, to approach a colleague to start a conversation or have a casual chit-chat — much like in a physical office.

Don’t want to be overheard? You can “lock” the conversation or take it to a private virtual meeting room, Sae said.

oVice allows employees to approach their colleagues to start a conversation or have a casual chit-chat — much like in a physical office.

After taking two weeks to build his first prototype and sharing it with his colleagues, Sae realized his creation brought him huge satisfaction.

“Because I enjoyed it so much, I believe that the people who feel the need to be in an office will be satisfied as well.”

oVice was launched in Japan in August 2020, and Sae said there was a huge uptick of companies paying for the service as they realized the pandemic was not going away any time soon.

“Companies started thinking about communication and engagement with remote work and oVice helped with that.”

Sae’s new company enjoyed huge success in the last two years due to the pandemic.

But as countries around the world relaxed restrictions and workers began returning to offices, oVice began shifting its focus to companies adapting to what some have called, “the new normal” — hybrid working. 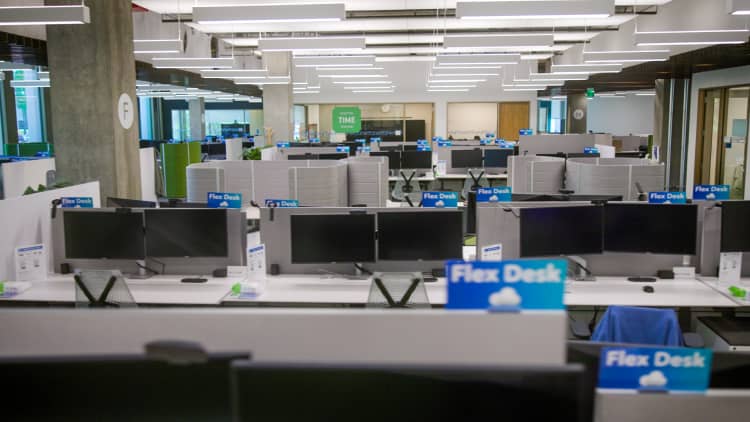 “Many people are now like, I like being in the office, but if my company decides to go to office 100%, I will quit. And companies know that,” Sae added.

“Yes, we are going back to the office, but it doesn’t mean that [online collaboration] will vanish.”

Sae remains confident that his platform will continue to thrive as workplaces move toward hybrid work and pre-pandemic normalcy.

It was good to experience some failure, they taught me important lessons.

See also  Hundreds die in surge of violence in Afghanistan
Share on FacebookShare on TwitterShare on LinkedInShare on Reddit
asianewsdaySeptember 13, 2022