WASHINGTON — Four months into the war in Ukraine, the countries aligned against Russia face growing economic pain even as sanctions and energy embargoes are showing little impact on Russian President Vladimir V. Putin’s military campaign or his political standing at home.

U.S. officials vowed that Russia’s financial system would be battered if it attacked Ukraine, and President Biden boasted in March that sanctions were “crushing the Russian economy” and that “the ruble is reduced to rubble.” But Russian oil revenues have set records as crude prices surge. And after plunging in February, the ruble hit a seven-year high against the dollar this week.

Biden officials say Russia’s economy is nevertheless incurring damage that will compound over time, especially as restrictions on technology exports to Russia gradually stunt the growth of its industries from aerospace to computing. And on Thursday, a White House spokesman said that leaders of the Group of 7 industrial nations, set to begin meetings in Madrid on Sunday, will discuss new plans to further “tighten the screws” on Russia’s economy.

But it is unclear which side has more time to spare. The Ukrainian government says as many as 200 of its soldiers are being killed daily, and thousands of civilians have died as Russia seizes territory in eastern Ukraine. Mr. Putin continues to enjoy near-dictatorial power, and he is unlikely to enter serious peace talks with Ukraine while his military makes gains.

“Russia’s financial system is back to business as usual after a few weeks of severe bank runs,” Elina Ribakova, deputy chief economist at the Institute of International Finance, wrote on Twitter last week, adding that those who thought “that cutting Russia from financing for a few weeks at the beginning of the war would stop the war have proven naïve.”

Few if any Biden officials expected sanctions to halt the war immediately. But the administration and its European counterparts also did not expect the economic pressure they now are experiencing. Despite initial assurances that sanctions would not touch Russian energy exports, America has since banned imported Russian oil, and the European Union has announced plans to reduce its imports by 90 percent this year. Partly as a result of those actions, energy prices have surged in the U.S. and Europe, with regular gasoline averaging well above $5 per gallon in some states.

Now Mr. Biden is bracing for midterm elections this fall in which Republicans are likely to capitalize on the rising cost of living. Summer’s end will also bring cooler temperatures to Europe amid rising alarms that Moscow is choking off natural gas supplies.

And in a stinging twist, the sanctions and related embargoes are allowing America’s top strategic competitor, China, to buy massive amounts of oil at heavily discounted prices, as Russia seeks willing customers to replace lost revenue.

Biden officials initially presented the threat of “massive” economic penalties as a means of deterring Mr. Putin from invading. After that failed, their precise rationale has been unclear. In remarks to reporters in Germany on Friday, Secretary of State Antony J. Blinken said the United States was “raising the costs on Russia to bring the war to an end more swiftly through unprecedented sanctions and export controls.” But U.S. officials have not publicly offered to lift sanctions in return for Russian battlefield concessions.

Understand Inflation and How It Impacts You

“Sanctions are certainly not deterring Russian forces from the kind of military operation they’re carrying out,” said Alina Polyakova, president of the Center for European Policy Analysis.

“Most governments broadly miscalculated the perspectives or the worldview of the Russian elite and what Putin cares about,” she added. “It has been clear for a very long time that Putin and the people around him don’t care about economic growth. What Putin and the elites care about is revenue, and they’re still getting revenue from energy sales.”

Part of the problem, said Andrew Weiss, a longtime Russia expert and vice president for studies at the Carnegie Endowment for International Peace, is that the economies of the Western countries are more exposed than their governments had anticipated. In February, U.S. officials disavowed any plans to target Russian oil and gas exports.

“We were deliberate to direct the pain of our sanctions toward the Russian economy, not ours,” Daleep Singh, the recent White House deputy national security adviser on international economics, said in late February. “None of our measures are designed to disrupt the flow of energy to global markets.”

That changed quickly as the world reacted to the startling scale and brutality of Russia’s attack, and the valor of Ukraine’s resistance.

Ukraine’s fierce defense has also extended the conflict for longer than experts and intelligence assessments predicted, locking Russia and its adversaries into a long-term — and still-escalating — economic war.

“Like all battle plans, the original trans-Atlantic blueprint for imposing severe and crippling sanctions on Russia collided with reality after the war actually began, and Western leaders were stampeded into doing things that they didn’t originally plan for or want to do — namely impose sanctions on Russia’s oil and gas sector,” Mr. Weiss said.

Moreover, inflation has risen faster than White House officials had predicted. Mr. Biden has blamed “Putin’s price hike” for rising costs, although the chairman of the Federal Reserve, Jerome Powell, told a Senate committee this week that “inflation was high before — certainly before the war in Ukraine broke out.”

U.S. officials warn against underestimating the economic shock Russia has suffered. Mr. Blinken said in Berlin on Friday that many economists predict Russia’s gross domestic product will contract 10 to 15 percent this year. Moscow has “prevented an economic meltdown so far by taking extraordinary measures to prop up its currency, but those tactics are unsustainable as the full impact of Western sanctions and trade restrictions begins to take hold,” he added.

Mr. Blinken also noted that export controls mean that Russia has few things it can buy with its oil revenue. And he said that inventories of items like iPhones will soon run out, leaving Russians increasingly deprived.

What is inflation? Inflation is a loss of purchasing power over time, meaning your dollar will not go as far tomorrow as it did today. It is typically expressed as the annual change in prices for everyday goods and services such as food, furniture, apparel, transportation and toys.

What causes inflation? It can be the result of rising consumer demand. But inflation can also rise and fall based on developments that have little to do with economic conditions, such as limited oil production and supply chain problems.

Is inflation bad? It depends on the circumstances. Fast price increases spell trouble, but moderate price gains can lead to higher wages and job growth.

A senior State Department official said the impact of sanctions is clear on the ground in Moscow: Luxury stores around Red Square, including ones selling furs, Gucci bags and Lamborghinis, have closed for now. Inflation is high, and people are worried about their jobs, said the official, who spoke on the condition of anonymity to talk more freely about sensitive policy matters. Many wealthy Russians have left for Turkey and the United Arab Emirates.

And when it comes to Russia specifically, top American officials have overestimated the impact of Western sanctions before. In January 2015, President Barack Obama boasted that punishments for Mr. Putin’s annexation of Ukraine’s Crimean Peninsula had left the Russian economy “in tatters.”

Today, former Obama officials say those sanctions had a modest impact at best, although some argue they helped deter Mr. Putin from a larger invasion of Ukraine at the time.

U.S.-led sanctions on Iran, Syria, North Korea, Venezuela and Cuba have largely failed to change the behavior of those governments. Researchers have found that ordinary citizens bear the brunt of sanctions, while regime loyalists find ways to profit.

A growing issue in Washington and European capitals — and one closely watched by the Kremlin — is the potential for a strong divergence of opinions among policymakers on further sanctions. During the recent debate among the Europeans on whether to boycott Russian oil, Hungary delayed the action for weeks and forced a carve-out for its own imports.

On Monday, Jens Plötner, the foreign policy adviser to Chancellor Olaf Scholz of Germany, said Germans need to have a serious discussion about the “exciting and relevant” issue of the country’s long-term relationship with Russia — widely interpreted as a sign that Mr. Scholz favors a more conciliatory approach with Moscow.

“Overall, I think we’ve reached the political limits of sanctions,” said Gerard DiPippo, a senior fellow at the Center for Strategic and International Studies and a former senior U.S. intelligence officer on economic issues. “New sanctions are probably not necessary and certainly not sufficient to achieve an acceptable end to the conflict. But Ukrainian victories on the battlefield probably are both necessary and sufficient. That should be the focus of U.S. policy.”

What’s In the Climate, Tax and Health Care Bill 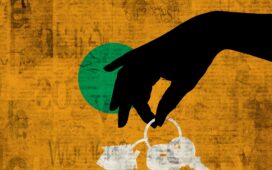 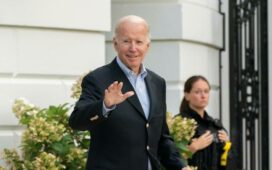 Friendshoring: what is it and can it solve our supply problems?