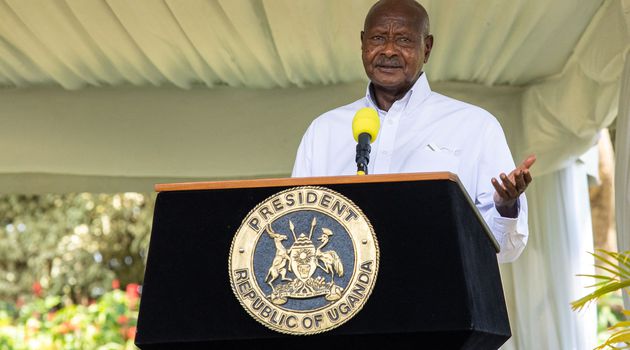 The son of Uganda’s long-time president, who is ranked highly in the military, sparked an online storm this week after he claimed he wanted to take control of neighbouring Kenya, and would be able to seize capital city Nairobi within two weeks.

On Tuesday, Muhoozi Kainerugaba (48) was removed from his position as commander of Uganda’s land forces, but was also promoted to the position of a full general in the army, as his Twitter comments forced the country’s foreign ministry to release a statement distancing the government from them.

Mr Kainerugaba, who has more than 600,000 Twitter followers, has raised eyebrows in the past for his Twitter usage, which has included sharing photos of women he finds attractive, and airing support for Russia’s invasion of Ukraine. He has also used his account to suggest he will run for president, taking over from his father, Yoweri Museveni (78), who has ruled Uganda since 1986, after seizing power in a coup.

On Monday, Kainerugaba tweeted: “It wouldn’t take us, my army and me, two weeks to capture Nairobi. After our army captures Nairobi, where should I live? Westlands? Riverside? [neighbourhoods in the Kenyan capital]. My Kenyan brothers, we are going to be one country. Any war against us will end quickly!”

The following day, he tweeted: “Had a good discussion with my great father this morning. Apparently, my tweets scared Kenyans too much … As I told my father Museveni, we younger East Africans have decided that we will be one nation! No amount of threats will stop us from that goal!”

In a statement on Tuesday, Uganda’s ministry of foreign affairs said it had “noted the debate on social media” and wished to “reiterate its commitment to good neighbourliness, peaceful co-existence and co-operation.”

“The ministry of foreign affairs wishes to clarify that the government does not conduct its foreign policy and other official business through social media nor does it depend on social media sources in dealing with other sovereign governments.”

Responding to Kainerugaba’s comments, Ugandan opposition figure and former presidential candidate Bobi Wine, whose real name is Robert Kyagulanyi, tweeted: “Dear KENYANS, you now understand what it means to live in Uganda under Gen Museveni and his son, whom he gifted the highest military ranks and put him in charge of our land forces! Sadly, beneath the senseless tweets lies a monster who brutalises and tortures our people for fun!”

That same day, Wine held a press conference with the families of more than 20 people he says went missing after being abducted by Ugandan security forces. “These include wives, children, mothers, etc,” he wrote. “Most were abducted in 2020 and others in the recent months.”

Recent Ugandan elections have been marred by the repression, detention and alleged torture of political opponents, as well as the murder, by security forces, of people who protest on behalf of them. Neighbouring Kenya, which is hailed as one of East Africa’s most stable democracies, recently saw a transition of power following an August election.