Cars remain the UK’s No 1 export but volatile energy prices and the cost of complying with EU regulations post-Brexit are blunting the industry’s competitive advantage, the sector’s trade body has said.

Nine in 10 firms in the industry told the Society of Motor Manufacturers and Traders (SMMT) that costs, measured in time and resources, had increased as a result of leaving the EU, with 60% saying the extra expense for trading with the bloc was a “much more significant rise than other export destinations”.

Mike Hawes, the SMMT chief executive, said: “The cost of complying with new regulations has made the UK potentially less competitive compared with some of our European counterparts.

“The first few weeks months were incredibly difficult. There were delays at borders, some of those were teething problems, some of those issues were more substantive. Undoubtedly the industry is facing additional cost and complexity; costs which generally have to be absorbed, to maintain competitiveness.”

The SMMT said that regardless of such issues, the EU would “remain a central trade partner”, with about half of all cars made in Britain exported to EU member states, while almost all vans exported by the UK end up on European roads.

Overall vehicle export revenues to all markets reached £27bn in 2020, even as the Covid pandemic disrupted trade flows and shut down markets around the world.

The UK automotive sector as a whole generated a total trade revenue of £74bn, with more than 80% of British-built cars and more than 60% of light commercial vehicles destined for export.

The SMMT hopes for caps on energy prices in recognition of the importance of the new generation of electric cars to the country’s climate emergency goals.

The industry has energy efficiency targets in place through climate change agreements (CCA) with the Environment Agency which enable some energy discounting.

But Hawes said: “We are still disadvantaged compared with some of our European colleagues.”

See also  The price of choice - the fight over abortion in Poland | photo essay
Share on FacebookShare on TwitterShare on LinkedInShare on Reddit
asianewsdayOctober 12, 2021 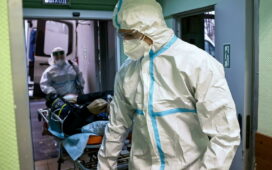 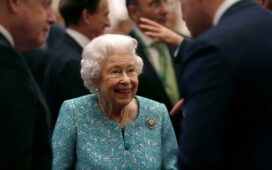