UK government terminates one of its data-sharing contracts with Palantir

Peter Thiel, co-founder and chairman of Palantir Technologies Inc., pauses during a news conference in Tokyo, Japan, on Monday, Nov. 18, 2019.

The Department of Health and Social Care issued a tender in August to move its Adult Social Care Dashboard from Palantir to a new system called EDGE, which has been built by U.K. defense giant BAE Systems.

“The future UK Health Security Agency Architecture … is seeking to move away from reliance on third party data analytics platforms and software,” the tender reads.

“DHSC wishes to migrate from the current Palantir solution to the EDGE (Environment for Data Gathering and Engineering) system. This system was established and developed by BAE Systems for DHSC (and it) was progressed at pace during the pandemic.”

The tender was won by London-based IT consultant Mozaic Services, who will receive £100,000 ($138,000) for completing the migration, according to public records. The project started on Aug. 18 and runs until Sept. 30, which is when the contract with Palantir would have automatically renewed.

News that the contract had been terminated was first reported by Bloomberg. The Department of Health and Social Care and Palantir did not immediately respond to a CNBC request for comment.

Founded by billionaire Peter Thiel, a venture capitalist with a seat on Facebook’s board, Palantir provides its data analytics platform to government departments, spy agencies and businesses around the world.

It saw a rise in demand for its software during the coronavirus pandemic as nations attempted to draw insights from health data. Britain, for example, used Palantir’s technology and expertise to try to understand the large quantities of Covid-19 data that it collected. It was awarded a two-year contract in Dec. 2020 that is yet to be terminated.

Palantir says patient data is “pseudonymized” before it is processed by the software as part of an effort to protect patient privacy. The data management technique involves switching the original data set with an alias or pseudonym. However, it is a reversible process that allows for re-identification if necessary, and some have questioned whether it goes far enough to protect people’s private information.

A campaign was launched in June to try to stop Palantir from working with the U.K.’s National Health Service. “Their background has generally been in contracts where people are harmed, not healed,” argued  Cori Crider, the lawyer who co-founded Foxglove.

Clive Lewis, a Labour party member of Parliament and one of the campaign’s backers, accused Palantir of having an “appalling track record.”

“It’s built its business supporting drone and missile strikes, immigration raids and arrests, not the delivery and care of medicine,” Lewis told CNBC. “It’s got a questionable agenda, and I think that will have an negative impact on patient trust, particularly among minoritized communities who may feel a threat from big government.”

Palantir also has contracts with Britain’s the Cabinet Office and the Ministry of Defense. 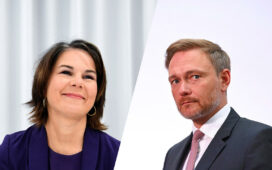 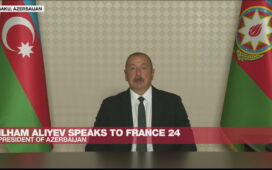 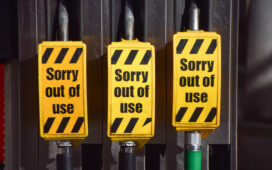 Panic buying of fuel in UK sparks fears doctors, teachers will be unable to get to work 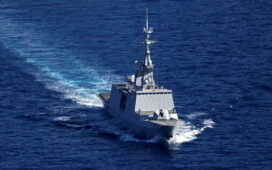 Europe 'must stop being naive', Macron says of submarine spat as he signs defence deal with Greece