WASHINGTON D.C.:  Airstrikes targeting civilian infrastructure in the rebel-held enclave of Idlib in Syria have become so common in recent months, they have ceased to be considered news by many Western media outlets, human-rights campaigners say.

According to Syrian Civil Defense, the rebel-affiliated first responders also known as the White Helmets, attacks by the Bashar Assad regime and its foreign military backers have intensified, maiming and killing scores of children.

One photograph released by the White Helmets in mid-November shows first responders lifting the lifeless body of a little girl from the rubble of what used to be her home. Such images were once front-page news. Now they barely register on the news media’s radar.

Since June this year, the White Helmets have documented the deaths of 63 children in air and artillery attacks on rebel-held northwest Syria. To highlight the issue, the group has launched a social media hashtag campaign, #ChildrenUnderAttack.

Northwest Syria does receive a modicum of media attention every time the UN extends a measure that allows cross-border aid into the region for a period of six months, as happened on Monday. Roughly three million people live in Idlib, which remains outside the Assad regime’s control.

The green light for continued passage of humanitarian supplies through the crossing at Bab Al-Hawa, on the Syrian-Turkey border, was given even though the Assad government did not approve the move and the Security Council did not vote on the matter. 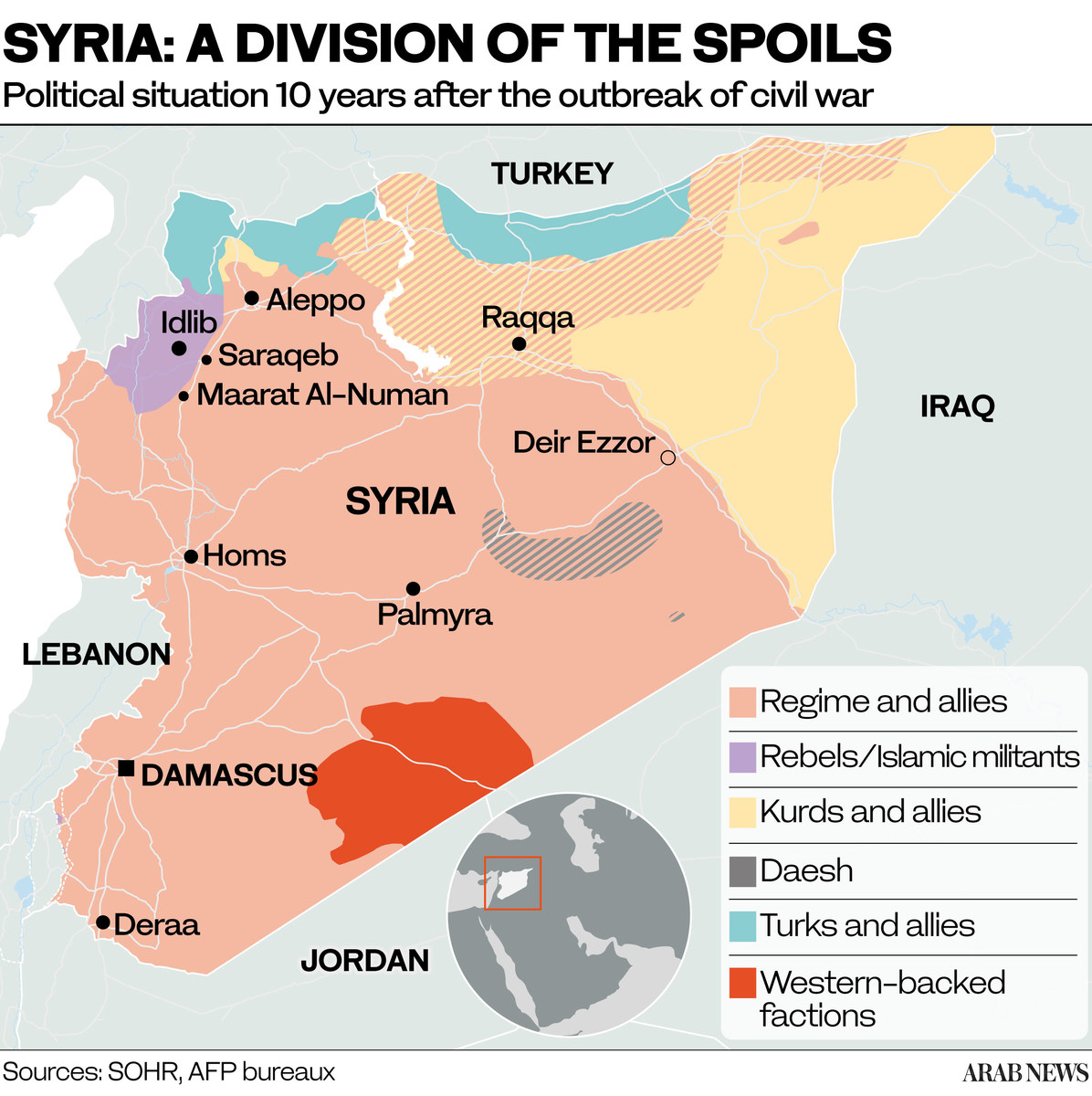 Many analysts argue that Assad has “won” the Syrian civil war and therefore the international community ought to accept the new status quo. However, teachers in rebel-held areas have said it is wrong for the world to simply turn a blind eye to the regime’s crimes.

School staff in Idlib recently published an open letter with the help of a UK-based charity, The Syria Campaign, urging world leaders not to forget the region’s children who live under almost daily bombardment.

“We are the teachers of students in northwest Syria who are deliberately targeted in their homes, classrooms and as they walk to school,” the letter states. “We go to work afraid of another attack, and of another traumatizing day, which we know will affect our pupils for the rest of their lives.

“Our letter could not be more urgent. Early on Wednesday, October 20, four students and our colleague, Arabic teacher Qamar Hafez, were tragically killed on their way to school when Syrian government forces attacked the town of Ariha in southern Idlib with artillery shells.

“One million children in Idlib are terrified they might be next or they might lose their best friend at any moment. Like teachers everywhere, we are deeply committed to the children we teach, and we do all we can to try to protect them, but it is not enough. We need world leaders to stop the attacks, and ensure that children are safe and able to continue their education.”

Children have suffered the brunt of the Syrian conflict, which began more than a decade ago when anti-government protests met with violent repression, sparking a civil war.

According to the Syrian Network for Human Rights, another UK-based monitor, at least 29,661 children have been killed in Syria since March 2011 — 22,930 of them at the hands of regime forces.

In its latest report, published on Nov. 20 to coincide with World Children’s Day, the network said at least 1,197 schools and 29 kindergartens had been completely or partially destroyed across Syria since March 2011.

An estimated 2.5 million children in Syria are out of school, with another 1.6 million at risk of dropping out, according to UNICEF, which estimates that nine in 10 children in Syria live in poverty and more than 5,700 children — some as young as seven — have been recruited to fight.

According to UNICEF, 512 children were killed in attacks last year, most of them in northwest Syria. Around 1.7 million vulnerable children reside in the rebel-held areas, most of whom have been displaced multiple times by successive regime offensives. There are currently at least 2.5 million displaced children in Syria.

First responders have catalogued the impact of the war on the mental health of children living in the region’s displacement camps. Humanitarian aid workers have referred to the trend as a “psychological disaster that threatens this generation, and future generations of Syria.”

Speaking to Arab News, Layla Hasso, a Syrian advocacy director for the Hurras Network, a child protection NGO, said: “The goal is to terrify the half million children who live in Idlib province and to send a clear message to their families that there is no future for their children here. It’s why civilians are being targeted at their homes, schools, hospitals.

“This is what I call terrorism and it has to stop. The international community cannot continue to turn a blind eye to this horror.”

However, anecdotal evidence suggests news consumers across the world are fatigued by the unending stream of images of devastation emanating from the region. As a result, global concern over Syria and its people has declined noticeably in recent years.

Analysts say this indifference, coupled with the inaction of the UN Security Council, has emboldened the regime to continue its bombing campaign. By giving the Syrian crisis a human face, The Syria Campaign hopes to revive international interest in the plight of Idlib’s children.

“Teachers joined together to write this letter to remind world leaders that Syrian and Russian forces continue to bomb civilians, including children, in northwest Syria with zero accountability,” Sara Hashash, communications director at The Syria Campaign, told Arab News.

“Children in northwest Syria are traumatized and unable to go to school due to constant bombing and displacement. A child has been killed almost every other day for the past four months.

“On Nov. 15, two children were killed by Syrian regime artillery shelling on Kafr Nouran in the Aleppo countryside. It’s frustrating that many of these attacks no longer get widespread media coverage.”

The result of the media silence on the issue has been political inaction. Already the Assad regime is being welcomed back into the regional fold. Many feel it is perhaps only a matter of time before Western and moderate Arab powers accept that Assad is here to stay.

In remarks to reporters on Nov. 11, Ned Price, the US State Department spokesperson, said: “This (Biden) administration will not express any support for efforts to normalize or rehabilitate Bashar Assad, who is a brutal dictator.”

He said: “There has been no change in our position and Bashar Assad certainly has not said anything that would rehabilitate his image or that would suggest that he or his regime is changing its ways.”

In his column in Asharq Al-Awsat, the Syrian commentator Ibrahim Hamidi recently wrote: “As it stands, the room for confrontation is now limited to two options: The first is engaging Assad and ending Damascus’ isolation with the hope of easing Iran’s influence. Some Arab countries have indeed forged ahead with normalization, demanding that Damascus begin reining in Iran in Syria and the region.

“The second option lies in banking on the leadership of Russian President Vladimir Putin and his ability to rein in Iran. This option stems from the position that the war had brought together Putin and Iran’s supreme leader Ali Khamenei in Syria, but peace and normalization will pull them apart.”

2.5 million Children out of school in Syria.

For better or worse, according to Sara Hashash, the normalization effort is still limited to regional leaders. “On an international level, Assad is still largely isolated and dependent on the backing of Russia and Iran, and heavily sanctioned by the US and EU,” she told Arab News.

“Regional leaders who seem to be ready to move on from Assad’s crimes must be reminded that there can be no real peace in Syria without justice and accountability.”

According to the White Helmets, the number of civilian casualties has increased dramatically since the regime and Russia began using Krasnopol laser-guided artillery. The group says several members of the same family are often killed in such strikes.

The White Helmets allege that regime artillery and Russian jets have deliberately targeted schools and deprived children of an education.

Reports from the UN Independent International Commission of Inquiry on the Syrian Arab Republic corroborate many of their claims that residential areas, markets and medical facilities have been deliberately targeted, often indiscriminately.

With the Russian military in control over Idlib’s airspace and operating an airbase in neighboring Lattakia province, local medical and aid workers are unequivocal in pointing the finger of blame.

The Russian government has consistently and strenuously denied responsibility for the airstrikes, as well as accusations that its forces indiscriminately attack civilians.

Against this backdrop of conflicting accounts, Hashash has a message for the international media: It must speak to Syrians to amplify their voices and ensure their narrative is highlighted when reporting on the war-torn country.

“When stories are told, the world will listen,” she said. 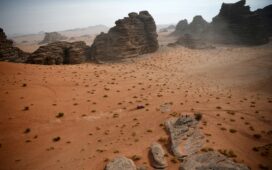 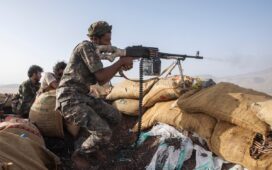 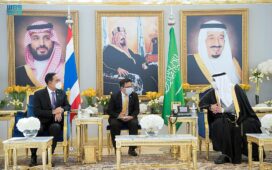 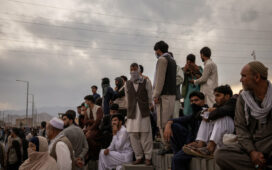 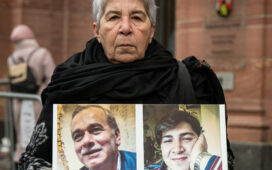 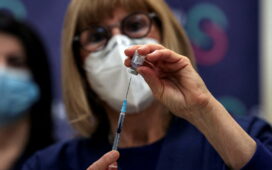 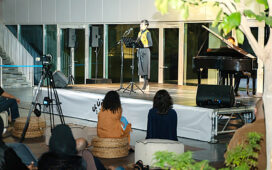 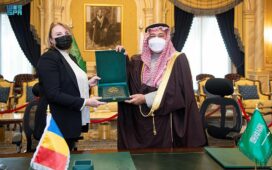