Unidentified mystery pigs are washing up on the banks of China's Yellow River, leaving locals baffled


Authorities are investigating how at least 50 rotting dead pigs wound up on an embankment of China’s second-longest river, mainland media reported over the weekend.

The dozens of carcasses were found along the shores of the Yellow River in Dalad Banner in Inner Mongolia, raising concerns of possible pollution or the spread of illness, according to a biweekly magazine run by Xinhua, the state-owned newswire. 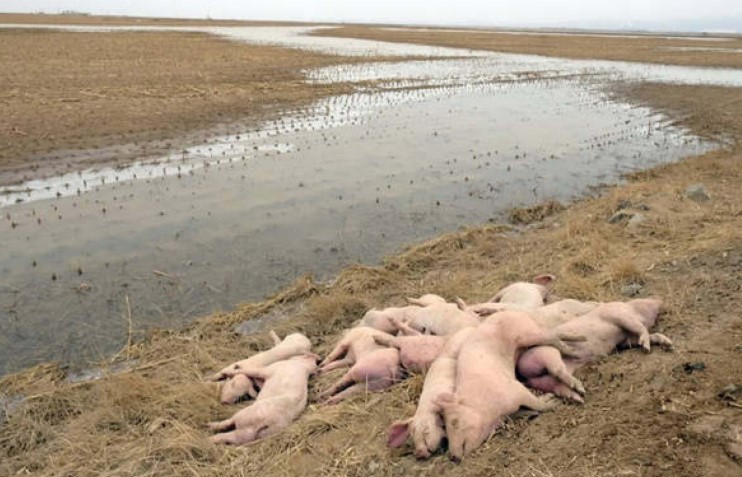 Residents had no idea where the pigs came from, according to the report. One theory was that pig farmers transported the dead animals from neighbouring areas.

The government of Dalad, which lies on the southern bank of the Yellow River in northern China, said on Sunday night that it is probing the source of the carcasses and searching for more along the river.

The local government said in a statement on WeChat that workers had collected and treated the dead pigs and disinfected the area.

Disease control workers have collected samples from the dead hogs and an epidemiological investigation is underway, said the government.

Animals that die of illness or unknown reasons are supposed to be incinerated, deep buried or decomposed in sulfuric acid, among other methods, according to China’s Ministry of Agriculture.

But random body disposal is a pernicious problem in Chinese agriculture, highlighted by a notorious incident in 2013 when thousands of dead pigs floated through Shanghai’s iconic Huangpu River. 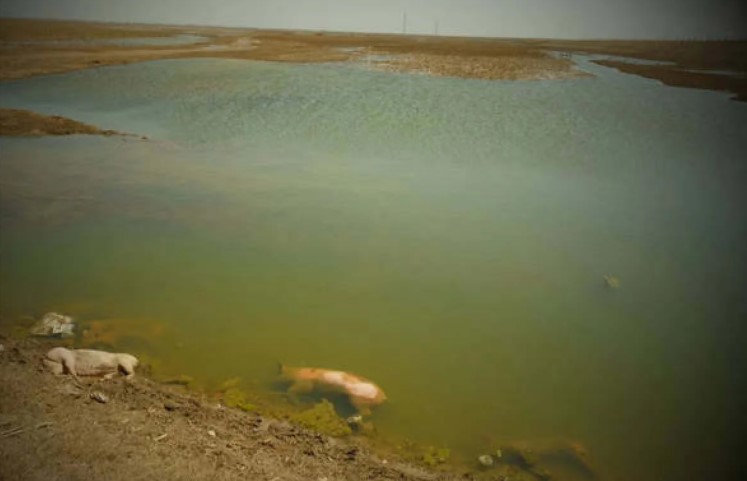 Workers retrieved over 10,000 pig carcasses from the river, a major source of drinking water in the city, after residents saw the dead animals in the river’s Songjiang section.

An investigation later suggested they were dumped by swine farms upstream in Jiaxing, in the eastern province of Zhejiang.

The incident resulted in a national crackdown on the improper disposal of sick livestock and animal carcasses. Many small pig farms were closed as a result.

But the practice is still common today. Authorities in Bijie, in Guizhou province in the south of China, held a public hearing in December after finding dead pigs in streams leading to a major river that supplies the area, according to Guiyang Daily .

They were thrown into the water by nearby hog farmers, local prosecutors said at the hearing.