IPOH (July 24): There was an uproar at the State Assembly sitting here today soon after a State Executive councillor mentioned that Proton is no longer the national car.

State Islamic Religion and Education, Rural and Entrepreneur Development Committee chairman Asmuni Awi stated this in response to a question on the State Government’s decision to purchase new Toyota Camry cars for the use of its Executive Councillors.

“Why (are we) not buying Proton? Proton does not belong to Malaysia. It is now China’s. Proton is no longer the national car, it is owned by a foreign company,” he said on behalf of Menteri Besar Datuk Seri Ahmad Faizal Azumu, when answering a supplementary question from Ahmad Saidi Mohamad Daud (BN- Changkat Jering) here today.

Ahmad Saidi wanted to know why the State Government did not purchase Proton (cars) so that executive councillors could play the role of ambassadors for the national car.

In June last year, Prime Minister Tun Dr Mahathir Mohamad when speaking at the International Conference on the Future of Asia or the 24th Nikkei Conference in Tokyo, said Proton Holdings (Proton) which he launched in 1983, was no longer the national car.

Elaborating, Asmuni said the Camry’s market price was RM190,000 per unit, but the State Government purchased them at RM109,000 per unit, saving RM81,000 through tax rebates.

Earlier, to Ahmad Saidi’s original question on the State’s current debt rate, Asmuni said that as of July 4, the State Government’s public debt was RM255.8 million.

He said the amount was reduced by RM57.45 million from RM313.3 million recorded in December 2018, adding that this proved the administration’s commitment in reducing the State’s debt. 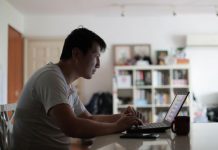 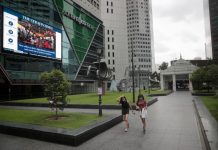 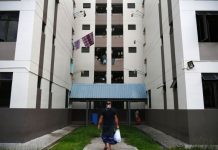 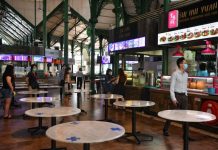 Dining at restaurants and other F&B outlets will not be allowed in Phase 1: Gan Kim Yong

Banned for the first time in 30 years, here’s what you need to know about Hong Kong’s annual June 4 Tiananmen Square vigil 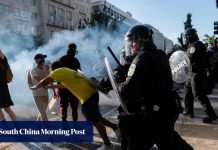 George Floyd death: why Hongkongers are divided over lessons from American unrest