US’s secretary of state Mike Pompeo on Wednesday said Washington was appalled by the arrest of an American citizen in Hong Kong during China’s crackdown on pro-democracy and warned of “sanctions and restrictions” on individuals and entities involved.

He said America would not stand idly by and was considering “sanctions and other restrictions on any and all individuals and entities involved in executing this assault on the Hong Kong people”.

Mr Pompeo, who as part of Trump administration which has been a vocal critic of China, said, in a statement, that they will also “explore restrictions against the Hong Kong Economic and Trade Office in the United States, and take additional immediate actions against officials who have undermined Hong Kong’s democratic processes.”

On Wednesday, in a massive crackdown, China arrested 53 pro-democracy supporters including US lawyer John Clancey, who was detained during a raid at the law firm Ho Tse Wai and Partners.  Mr Clancey was later released on bail.

“I am also appalled by the news of the arrest of an American citizen as part of this campaign of political repression. Let me be clear: The United States will not tolerate the arbitrary detention or harassment of U.S. citizens,” said Mr Pompeo.

He noted that those arrested are “guilty of nothing but exercising the democratic rights promised to them by treaty, and due to them through virtue of their humanity”, while he also called for their immediate and unconditional release.

Mr Pompeo said US supports the “Hong Kong people and all who yearn for freedom” and announced an “upcoming visit” of US ambassador to the UN Kelly Craft to Taiwan – a first for a sitting US ambassador to UN.

READ  Schoolkids arrested over impromptu protest in To Kwa Wan

Taiwan is a territory that China claims as its own territory and as a result, its cooperation with the US or any other country on a bilateral basis has been a thorny issue for the communist nation.

“China will take all necessary steps to resolutely safeguard its sovereignty and security interests. The US must pay a heavy price for its mistakes,” said Hua Chunying,

She pointed out that events, when Hong Kong’s legislature was stormed in 2019, were more “severe” than those in Washington but “not one demonstrator died”.

“We also wish that US people can enjoy peace, stability and security as soon as possible,” the spokeswoman said.

Former British colony Hong Kong was returned to China in 1997 on a promise that the city’s autonomy, and the greater civil rights enjoyed by its citizens compared to the Chinese mainland, would be maintained. But protests have rocked Hong Kong in 2020 and several prominent pro-democracy activists have been arrested and sentenced to jail. 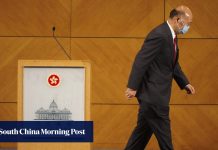 Staying true to rule of law, Hong Kong’s former chief justice relied on expertise with a dash of common sense 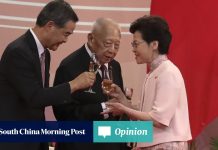 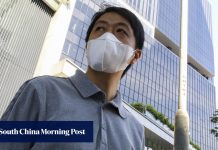 Police will investigate anyone who helps an offender flee, Hong Kong warns amid reports city is looking at prosecuting Danish politicians who aided wanted... 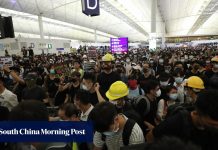 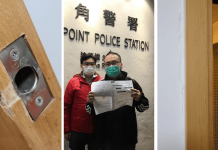 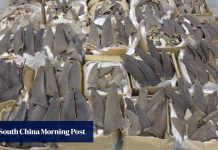 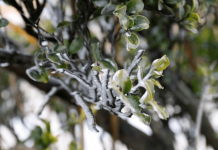 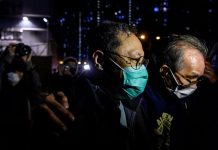 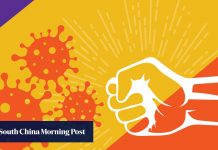