Sign up to myFT Daily Digest to be the first to know about Coronavirus economic impact news.

The failure by the US to bring Covid-19 cases under control is scrambling business expectations of a rapid economic revival, forcing companies to reset plans and revise forecasts as they also grapple with a new federal vaccine mandate.

Revenues have fallen at a quarter of US small businesses in each of the past three weeks while just 8 per cent saw revenue growth, according to an Economic Innovation Group study. A growing minority now expects a full economic recovery to take more than six months.

The country’s largest airlines this week disclosed a slowdown in demand as cases of the highly contagious Delta variant climbed. United Airlines reined in its capacity plans for the key Thanksgiving and Christmas holidays and American Airlines and Delta Air Lines flagged lower than expected revenues for the quarter.

As executives fanned out across post-Labor Day investor conferences, several said the Delta variant had injected uncertainty and volatility into their forecasts.

I’m waiting for the meteor to strike and the locusts to come, and then we can discuss what the fourth quarter is going to look like

“We didn’t provide guidance for [2021] because there’s just so much uncertainty,” Craig Menear, The Home Depot’s chair and chief executive, told one investor event. “How this Delta variant plays out is an unknown.”

MGM Resorts said it had seen more cancellations of midweek business trips, while Tracey Travis, Estee Lauder’s chief financial officer, told a Barclays conference that a deceleration in its first quarter forecast was “primarily [due to] the Delta variant”.

Asked by an analyst about the disruptions that have confronted railroad operator CSX in recent weeks, from Delta surges to hurricanes to supply chain dislocations, James Foote, its chief executive, replied: “Well, I’m waiting for the meteor to strike and the locusts to come, and then we can discuss what the fourth quarter is going to look like.”

Similar uncertainty prompted Microsoft to delay bringing staff back to its US offices indefinitely this week, joining a list of large employers pushing back their office reopenings long past their original Labor Day targets.

The number of S&P 500 companies lowering earnings guidance grew from 37 to 47 between the second and third quarters, said John Butters, senior earnings analyst at FactSet, although he stressed that this remains below the five-year average.

How is coronavirus taking its toll on markets, business, and our everyday lives and workplaces? Stay briefed with our coronavirus newsletter. Sign up here

The economy was still firmly in a recovery mode, said Oleg Melentyev, credit strategist for Bank of America Securities, but the more cautious mood has led to a “significant reassessment” of the growth outlook.

“Over the summer, expectations have turned from a full reopening triggering a strong and sustained recovery, to what now appears as a prospect for a much slower and uneven one,” he said.

Jesse Wheeler, an economic analyst for Morning Consult, said consumer confidence had “dropped off considerably” since early July, giving up most of the year’s gains to return to levels last seen in February.

“We can very confidently say that the Delta variant is the key driver, as the start of the decline in confidence corresponded exactly with the latest surge in cases,” he said. 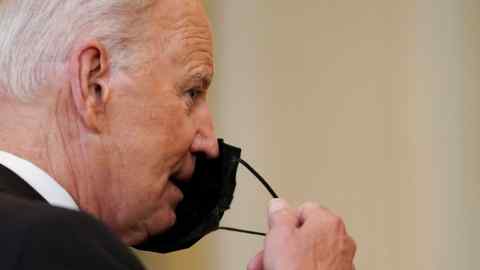 Although the polling firm saw some improvements last week, the percentage of workers saying they felt uncomfortable about returning to offices jumped 9 per cent to 43 per cent.

The reversal in confidence comes as the Biden administration looks to accelerate the economy’s reopening by mandating vaccines or weekly testing for 80m private sector employees before they can return to workplaces.

President Joe Biden’s announcement on Thursday was welcomed by several industry groups representing large employers, who see vaccines and tests as a means to protect staff and had wanted clearer federal guidance at a time when some Republican governors are threatening to fine businesses that mandate vaccines.

However, it is expected to be resisted by some smaller companies. The National Association of Manufacturers said that getting all Americans vaccinated was “an economic imperative” but cautioned against “undue compliance costs” burdening employers. 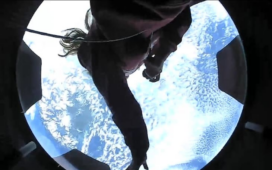