US diesel and heating oil stocks scrape lows before winter


US stocks of diesel and heating oil have plunged to historic lows, driving up prices for fuels critical to industry, freight, farming and many households.

Inventories of the fuel category that includes both products stood at 107.4mn barrels last week, according to government data released on Wednesday, up slightly from the week before but the lowest level for this time of year since 1951.

The highway price of diesel is up 47 per cent from a year ago to $5.35 a gallon, while heating oil has jumped 70 per cent to almost $6 a gallon. West Texas Intermediate, the US crude benchmark, has gained only 6 per cent year over year.

“It’s a challenging environment. There’s no question that the energy markets are volatile, and the inventories are historically low,” said Michael Ferrante, president of the Massachusetts Energy Marketers Association, a trade group whose members include heating oil dealers.

The contraction of diesel stocks comes amid steady demand and rising exports to Europe to offset now-sanctioned supplies from Russia. Pressure on US stocks is expected to worsen in the winter, when European sanctions on seaborne Russian crude oil tighten in December and are extended to refined petroleum products in February.

The changes threaten bidding wars between the US and Europe to secure supplies. The International Energy Agency warned on Tuesday of “fierce” competition for non-Russian diesel.

“If Russian flows of diesel get cut off, everybody’s tighter and then it becomes more of a competition for who gets the volumes,” said Richard Joswick, head of global oil analytics at S&P Global Commodity Insights.

Officials in the Biden administration have said “all options remain on the table” to deal with the decline in stocks, including possible restrictions on exports.

Shippers have already rerouted some international diesel cargoes originally destined for Europe to the US north-east, drawn by strong prices, according to Oil Price Information Service, which tracks global oil markets.

“Even though inventories themselves may be low, the reality is the market will price itself in such a way to attract that barrel from anywhere and everywhere,” said Eric Slifka, chief executive of Massachusetts-based Global Partners, which operates oil storage terminals and petrol stations.

Diesel is a critical input for US industry, construction and goods transport. Domestic supplies have been pinched by recent closures of refineries, including Philadelphia Energy Solutions’ large 335,000 barrels-a-day plant on the US east coast. As of January 1, US crude oil refining capacity averaged 17.9mn b/d, the lowest since 2014, according to the US Energy Information Administration.

Consumer businesses such as Bath and Body Works, Kellogg and Clorox have all acknowledged higher diesel prices driving up costs for logistics and prices for products.

“We expect that diesel prices will stay firm through the winter, so that does have ripple effects on inflation for the entire country,” Joswick said. 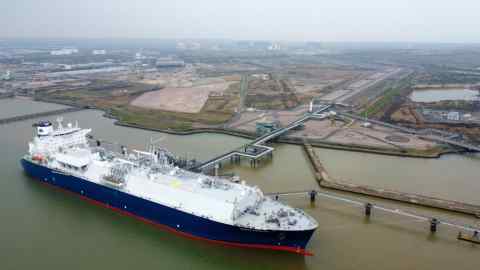 Farmers are also feeling the squeeze during the autumn harvest.

“It really erodes into the profitability of farming and in some cases is actually impacting production,” said Brent Johnson, farmer and president of the Iowa Farm Bureau.

The Energy Information Administration said this week that households using heating oil will pay 45 per cent more this winter than last. More than 5mn US households heat their homes with heating oil, a vast majority in New England and in middle Atlantic states.