WASHINGTON (BLOOMBERG) – US House Democrats said they’ll act in a matter of weeks to pass a legislative response to Mr George Floyd’s death at the hands of Minneapolis police and are counting on public outrage to pressure Republicans to support action.

House speaker Nancy Pelosi, majority leader Steny Hoyer and other lawmakers have said they will pull ideas for a legislative package from more than 40 Bills on policing already introduced.

“It would be irresponsible for us to wait,” representative Karen Bass of California, head of the Congressional Black Caucus, said during a call with reporters. “Acting as soon as possible, I believe, means the end of June. It does not mean waiting until July.”

The House isn’t scheduled to return to Washington for votes until June 30, though Mr Hoyer has said lawmakers could be called back sooner.

Mr Floyd’s death, which was captured on a phone video, triggered a wave of protests and violence across the country as the latest incident in which a black citizen was killed by police. Minnesota Attorney-General Keith Ellison elevated the charge against the officer who knelt on Mr Floyd’s neck to second-degree murder and filed charges against three other officers on the scene.

Separate from the actions by House Democrats, a group of Senate Republicans are reintroducing legislation Wednesday (June 3) that would require states receiving federal law enforcement funding to report details about officer-related shootings, such as the race of the victim and the circumstances of the shooting.

READ  UK could lock down city of Leicester after virus surge

Mr Scott, one of two African American Republicans in Congress, said, “Without proper data in regards to officer-related shootings, we cannot find lasting solutions in this area.”

Ms Pelosi is turning to the Congressional Black Caucus to lead the way on the Democrats’ Bill. Drafting is underway, and Ms Bass said the Judiciary Committee – of which she is a member – will hold its first hearing on the package next week.

The measures will include curtailing the qualified immunity legal doctrine that shields police officers from prosecution or liability while carrying out their official duties; addressing racial profiling; and banning the use of choke holds by officers.

The Bills will create commissions to review police training standards and related issues of law enforcement and race.

Representative Judy Chu of California, head of the Congressional Asian Pacific American Caucus, said she was sure the Democratic-controlled House would pass the legislation, but “I do not have confidence it will pass in the Senate.”

Senate Democratic leader Chuck Schumer on Tuesday asked Senators Cory Booker of New Jersey and Ms Kamala Harris of California to take the lead on drafting a broad proposal that could be introduced in the chamber.

Mr Booker said at a news conference Tuesday that the package will be based in part on ideas of the Congressional Black Caucus. Mr Booker and Ms Harris said it will focus entirely on policing and criminal justice reform, leaving other areas of racial inequity – such as health insurance coverage and the environment – for later debates.

Ms Chu said the mass protests that have taken place throughout the country are a message to lawmakers “that enough is enough,” adding, “That same kind of energy and pressure” will be brought to bear on the Senate after the House acts.

Senate Judiciary Chairman Lindsey Graham, a South Carolina Republican who is a close ally of President Donald Trump, has tentatively set a June 16 hearing to begin a “deep dive” on policing and race relations.

Ms Pelosi said the mass demonstrations have shown that the country is a “tinderbox,” but noted that many of the crowds are “largely white,” an indication of broad support for action.

“Hopefully that gives us a stronger chance in the United States Senate to get some of this legislation passed and sent on to the president,” she said. 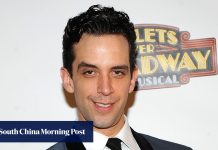 When coronavirus robs you of your sense of smell 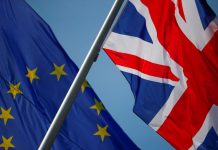 Brexit talks move to London after tough week in Brussels

Kanye West Wingin’ it: a serious 2020 White House bid could have big obstacles 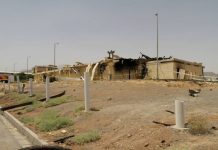 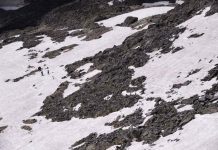 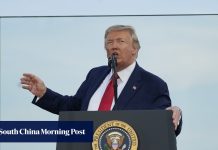 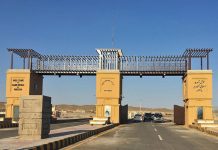 Pakistan reopens all borders to resume trade with Iran 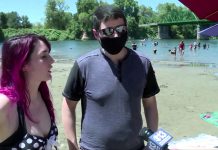 While You Were Sleeping: 5 stories you might have missed, July 6