US inflation falls to lowest level in more than a year


Annual US inflation fell in December to its lowest level in more than a year, in a further sign that price pressures have peaked amid the Federal Reserve’s historic campaign to tighten monetary policy.

The consumer price index, published by the Bureau of Labor Statistics on Thursday, declined for a sixth consecutive month, registering an annual increase of 6.5 per cent.

While still near a multi-decade high, this was the lowest level since October 2021, and represents a notable decline from the 9.1 per cent reached in June. Compared with the previous month, prices dropped 0.1 per cent.

The closely followed “core” measure, which strips out volatile food and energy prices and is regarded as the best indicator for inflation’s trajectory, rose 0.3 per cent from the previous month, translating to a 5.7 per cent annual pace.

Fed officials are monitoring the latest inflation data closely as they decide how much more to squeeze the US economy. Having already stepped down to a half-point rate rise last month — following four consecutive 0.75 percentage point increases — the central bank is now considering whether it can revert to a more typical quarter-point speed at its next policy meeting.

Patrick Harker, president of the Philadelphia Fed and voting member on this year’s Federal Open Market Committee, on Thursday endorsed quarter-point increases “going forward”, while Susan Collins of the Boston Fed said Wednesday she was leaning towards that option.

The odds of a quarter-point rate rise at the February meeting rose to 88 per cent on Thursday, up from 77 per cent the day prior, according to CME Group.

Government bonds rallied following the inflation figures. The yield on the two-year Treasury, which moves with interest rate expectations, fell 0.12 percentage points to 4.11 per cent, its lowest level in about three months. Stock market futures were higher after a bout of choppy trading during which they briefly turned negative.

In December, the Fed opted to slow the pace of rate rises since it had already raised them significantly over a short period of time. It also took into account the time it takes for changes in monetary policy to have an impact on economic activity.

The decision followed a string of better than expected inflation data that suggested consumer demand is beginning to ebb more noticeably. That has occurred alongside an easing of supply chain knots, helping to push down prices for energy and everyday items such as cars, appliances and clothing.

December’s decline was attributable to a steep drop in gasoline prices, which fell 9.4 per cent and are now down 1.5 per cent over the past year. That more than offset a rise in housing-related costs, with the shelter index up 0.8 per cent. On a year-over-year basis, it has risen 7.5 per cent.

Economists expect shelter inflation to decline dramatically later this year, reflecting the steep drop in home prices and levelling off of rental increases that have already occurred. Such changes take time to show up in official government statistics.

Clothing, recreation activities and personal care services were among the categories to register gains. Used cars prices and airfares declined. 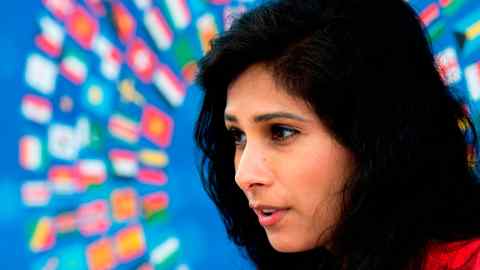 The Fed is paying close attention to services inflation, once energy, food and housing-related costs are stripped out, which officials say is closely tied to the labour market and the wage gains that have accrued as employers have sought to overcome an acute worker shortage. Wage growth has slowed from its peak, but there are still strong jobs gains, and the unemployment rate still hovers around historic lows. Core services inflation in December rose 0.5 per cent or 7 per cent on a year-over-year basis.

The concern is that services-related price pressures will be hard to root out and require a period of very low growth and higher unemployment. Officials have sent a unified message since their December gathering that the fed funds rate will probably need to surpass 5 per cent and be held at that level throughout 2023 in order get inflation under control. It currently hovers between 4.25 per cent and 4.5 per cent.

That runs counter to current market pricing, which suggests that the Fed will raise its policy rate just below 5 per cent and will deliver cuts by the end of the year.