The US state department has refused to say whether Crown Prince Mohammed bin Salman is one of the Saudi officials subject to US visa restrictions under the new “Khashoggi ban”.

The ban is named after the Saudi dissident and Washington Post columnist Jamal Khashoggi, whose murder and dismemberment in 2018 was approved by the crown prince, according to a US intelligence assessment declassified on Friday.

The Biden administration has said 76 Saudi nationals are subject to restrictions under the ban, which also covers those deemed to have been involved in efforts to intimidate Saudi dissidents in the US.

On Monday, the state department spokesman, Ned Price, would not say whether Crown Prince Mohammed was on the list.

“We’re not in a position to detail the identity of those included in that list of 76, nor will we be able to preview those who may be added in the future,” Price said.

When pressed on the crown prince, he added: “I’m not including or excluding anyone specifically on that list.

“Having said that, I’m certainly not aware of any plans for the crown prince to travel to the United States in the near term.”

Price laid out a “recalibration” of US relations with Saudi Arabia which he stressed was “not a rupture”. Over the weekend, Joe Biden had said there would be an announcement of “significant” changes to Saudi policy on Monday, but Price largely summarised the steps taken on Friday when an unclassified version of the intelligence assessment on the Khashoggi murder was published.

The administration has since come under heavy criticism for not targeting the 35 year-old heir to the Saudi throne with sanctions after revealing that he had approved the murder carried out in the Saudi consulate in Istanbul.

Earlier on Monday, Khashoggi’s fiancee, Hatice Cengiz, said the prince must be “punished without delay”. The unclassified confirmation of his role, she said was “not enough, since the truth can only be meaningful when it serves justice being achieved”.

The UN special rapporteur on summary executions, Agnès Callamard, said it was “an an extremely dangerous move” to acknowledge the prince’s culpability and then not impose punitive measures.

Price said the US is “focused on future conduct” of Saudi Arabia, and called on the monarchy to disband the prince’s Rapid Intervention Force, which provided much of the hit squad that murdered Khashoggi.

He listed the components of the recalibrated policy as being the end to sales of weapons deemed to be used in the Saudi-led war in Yemen, adding that future arms sales would be assessed on a “case-by-case basis”. Price said that the US had stepped up diplomatic efforts to end the Yemen war and had pledged nearly $191m in additional US humanitarian aid.

He said the US would be closely monitoring human rights in Saudi Arabia, adding it welcomed the release of some political and women’s rights prisoners in recent weeks but urging the monarchy to take further steps, lifting travel bans on those released, commuting more sentences, and resolving women’s rights cases.

“We also want to make clear that our leadership will not ignore or minimize egregious misconduct,” he said.

Price and the White House spokeswoman, Jen Psaki, were repeatedly pressed on Monday on whether the omission of direct sanction on the crown prince implied impunity for senior officials in the commission of atrocities.

In the justification he offered, Price said: “We feel that we can have the most influence over this partnership when it is cast as a recalibration and not a rupture.”

He added: “Were there to be something more dramatic … I think the influence that we would have over any foreign leader, be it Mohammed bin Salman, or any other world leader, would be greatly diminished.”

Four-fifths of Sudan's £861m debt to UK is interest

The UK professor, a fake Russian spy and the undercover Syria sting 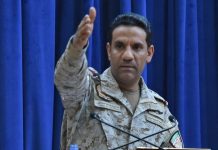 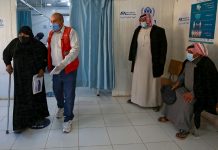 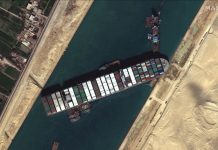 Suez Canal: Ever Given remains stuck for fifth day as more than 320 ships wait in queue 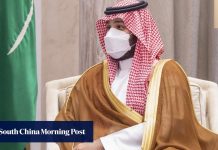 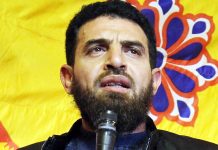