WASHINGTON (BLOOMBERG) – Republican members of US Congress are trooping to the US-Mexico border to put a spotlight on a surge of migrants at the frontier that they say is the result of President Joe Biden’s shift from the hardline immigration policies of his predecessor.

Less than two months into Biden’s term, both parties are already framing their messages on immigration – a perennial political flashpoint – for the 2022 election to decide control of the House and Senate.

“On the border, we see that Biden’s policies created a border crisis,” House GOP leader Kevin McCarthy said last week as he prepared to lead a dozen other Republicans on a trip Monday (March 15) to a detention centre in El Paso.

“President Biden announced that it was his priority to offer citizenship for 11 million undocumented immigrants. What did he think would happen?”

It was much the same during President Donald Trump’s time in office when high-profile Democrats such as New York Representative Alexandria Ocasio-Cortez and Massachusetts Senator Elizabeth Warren used trips to the border to draw attention to the squalid conditions for asylum seekers and people caught crossing the border illegally.

It was, they argued, the purposeful result of Trump’s harsh policies.

The point and counterpoint of such trips illustrate just how far apart Democrats and Republicans have moved from any consensus on what to do about an immigration system that both sides agree is broken and in need of a fix.

Biden campaigned on a pledge of offering more assistance to those seeking refugee status in the US Republicans say he is embracing an “open borders” approach that includes undoing a Trump administration programme that sent thousands of asylum seekers back to Mexico until their immigration court hearings.

White House Press Secretary Jen Psaki said it is “absolutely incorrect” to refer to Biden’s policy as open borders, adding that the “vast majority of individuals apprehended or encountered at the border continue to be denied entry and are returned.”

Still, the recent surge is striking.

On Wednesday, US Customs and Border Protection reported that 100,441 people tried to cross the border illegally in February, the first full month of the Biden administration, a 28 per cent increase over January. More than 9,500 unaccompanied children came to the border in February, a 62 per cent jump above January.

The Biden administration announced Saturday that the Federal Emergency Management Agency will assist shifting minors from Customs and Border Protection custody to the Department of Health and Human Services, which has longer-term housing facilities and attempts to connect underage migrants with family already in the US.

There will be pressure on Congress to act, and it’s not clear yet whether both parties can find a middle ground like they did in 2014, during a big migrant influx at US-Mexico border.

Responding to what was then a record number of more than 68,000 apprehensions of unaccompanied minors under President Barack Obama, lawmakers crafted a bipartisan US$1.6 billion (S$2.1 billion) infusion for the Department of Health and Human Services, geared largely to help humanely detain, house and place unaccompanied children.

Any congressional action to address the surge this time will come the same time Democrats work to push through broad immigration-law changes that will be divisive. Biden has proposed a plan that would provide a pathway to citizenship for roughly 11 million people living illegally in the US, would bolster assistance to Central American countries and would ease immigration for people fleeing violence. Republicans declared the Bill dead on arrival.

“There’s a deal that can be struck,” Katko said in an interview Friday with Bloomberg TV. ” We should work on that instead.”

So far, Democrats in both chambers are struggling to shore up support for a comprehensive approach. House Speaker Nancy Pelosi decided to move in a piece-meal way, with the House to vote this week on a measure providing a pathway to citizenship for immigrants with Daca protections. A second Bill would provide green cards to farm workers who don’t have legal status.

Some Republicans are calling on the administration to take more immediate actions on its own to stem the current increase in border crossings.

“We are still early in the year and not yet in the peak season for migrant travel, thus these numbers are troubling given we are likely to see continued increases in unlawful immigrants and deadly narcotics at our border,” Ohio Senator Rob Portman, the top Republican on the Homeland Security Committee said in a statement after DHS released February data. He urged the administration to work with the governments of Mexico, Guatemala, Honduras and El Salvador to address the challenge.

Pelosi, like many Democrats, laid the blame on Trump.

“I do know that the Biden administration is trying to fix the broken system that was left to them by the Trump administration,” Pelosi told reporters Sunday. Biden “will have a system based on doing the best possible job understanding this is a humanitarian crisis.”

“But we also I think need to acknowledge that the flow of humanity arriving at our front door never stopped,” she said on CNN. “And what we are seeing today is the consequence of four years dismantling every system in place to address this with humanity and compassion.”

Senator Tim Kaine, a Virginia Democrat, said he and others are working with the administration to see what it will need from Congress to address the crisis, which could take some time. Key Homeland Security and HHS appointees that would help manage the influx still haven’t been approved by the Senate, and officials are still untangling some Trump policies, he said.

“The Trump administration made so many changes to the immigration rules, there are hundreds of them they are going through – which ones do we keep and which ones don’t we,” Kaine said. “They’re still kind of analysing it. I don’t think you’ll see us advancing the proposal before they come to us and say, ‘Here’s what we need to do’.”

Senator John Cornyn, a Texas Republican, made his own trip to the border Friday, but it was a bipartisan one. He and Representative Henry Cuellar, a Texas Democrat, visited a detention facility Carrizo Springs, Texas and met with DHS and HHS officials there before holding a roundtable with local leaders in Laredo.

In advance of the trip, Cornyn highlighted legislation he and Cuellar will reintroduce to address some of the challenges posed by unaccompanied children that cross the border, including allowing kids with a legitimate claim to asylum to get to the head of the line with an immigration judge. The backlog of cases in these courts has reached 1.2 million, he said.

“That would help to relieve some of the pressure,” Cornyn said. “But the problem is that all the signals coming from the administration are that there’s not going to be any limitation on people’s ability to come across the border.”

Border communities are being overwhelmed, Cornyn added. “I think it’s going to get a lot worse.” 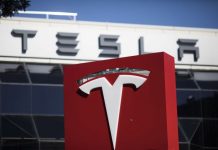 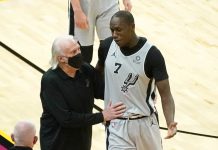 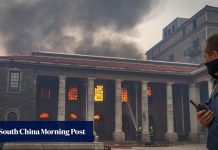 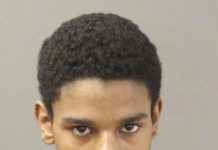 ‘There will be consequences’ for Russia if Alexei Navalny dies, Joe Biden’s national security official warns 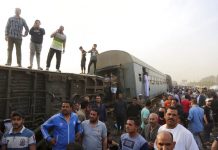 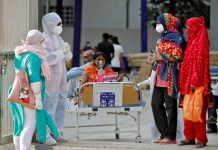 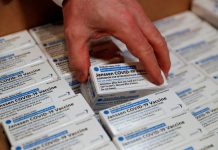 Resumption of J&J Covid-19 vaccine use in US expected soon: Dr Fauci 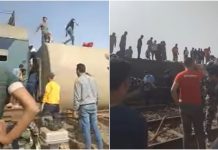 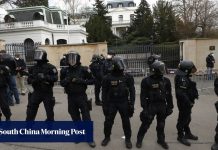 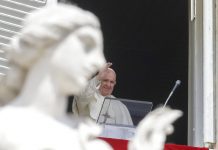 Pope calls on Russia and Ukraine to seek reconciliation