THE punitive tariffs on French goods proposed by the Office of the US Trade Representative (USTR) are a disproportionate response to France’s digital services tax. But that’s what French President Emmanuel Macron gets for his impatience to be the first to tax multinational Internet platforms without waiting for international organisations to agree on a coordinated solution.

The proposed tariffs of up to 100 per cent, which are likely to be imposed sometime next year after a public discussion, cover French cheeses and other dairy products, sparkling wine, cosmetics, handbags and porcelain with a combined trade value of US$2.4 billion. Even if imports drop significantly in response to the harsh measure, the US government is likely to collect more from the tariffs than France’s planned revenue from the digital tax of between 400 million euros (S$603 million) and 500 million euros this year.

The rationale for the US retaliation is that the French tax is aimed disproportionately at US companies. The levy of 3 per cent revenue is imposed on companies with a global revenue of 750 million euros, of which 25 million euros in online sales comes from France, if they provide targeted digital advertising or intermediation services.

That’s seemingly geography-agnostic, but French Finance Minister Bruno Le Maire has repeatedly referred to it as a “GAFA tax,” short for Google, Apple, Facebook and Amazon.

Compared with a failed European Commission proposal for a European Union-wide digital tax, the French version appears tailor-made to exclude French companies. For example, the EU version set total revenue thresholds, which would have subjected French advertising group Publicis Groupe and retailer Carrefour to the proposed tax. Under the French arrangement, the thresholds only concern revenue from digital intermediation and targeted ads, exempting these big French players. Besides, digital tax payments can be offset against the French corporate tax, favouring firms domiciled in France.

These US arguments make a certain amount of sense. France, however, doesn’t just expect to collect the tax from US firms. China-based Alibaba Group, Axel Springer and Zalando from Germany, Rakuten in Japan and France’s own Criteo are all among the 27 companies hit with the tax, according to the USTR. Sure, almost two-thirds of the affected companies are American, but the presence of European and Asian multinationals on the list makes the proposed US response even more disproportionate than it would have been if France had only targeted US Internet giants.

It’s unfair, but Mr Macron’s France was asking for it.

In December 2018, France agreed with more cautious Germany on a plan for the digital tax – to wait for the Organisation for Economic Co-operation and Development (OECD) to work out a multilateral solution to the problem of Internet platforms’ failure to pay taxes where they earn revenue. In the meantime, the joint Franco-German declaration urged the EU to agree its own digital tax directive that would go into effect in 2021 failing an OECD-approved solution. But when the EU failed to do that because of objections from Ireland, Denmark, Sweden and Finland, France decided to move unilaterally, promising to change its digital tax law if there’s ever an OECD solution. It was in such a hurry to be first in Europe to impose a digital tax that it made the levy, approved in July, retroactive to January – yet another irritant to the US.

The rush was unnecessary. The OECD hopes to come up with a final version of its proposal by January 2020. It’s clearly in the final stretch of development; the version published in October is undergoing public consultations. Even if the US rejects it, as Mr Le Maire suspects it might, there is likely to be enough momentum for the EU to agree on a common solution. The main difference of the OECD’s approach from the current French practice is that it would tax profit rather than revenue, creating rules for allocating taxable profit among countries where it’s earned. That’s a far less controversial approach than France has taken.

US President Donald Trump says it’s not up to France to tax American companies; but with the OECD solution, the US will get to tax European multinationals, like ad-retargeting platform Criteo, too.

The USTR has pointed out numerous shortcomings of the French digital tax. Perhaps most bafflingly, services that look identical to the consumer are taxed differently. For example, Amazon has to pay the tax on a sale by a small business using its platform, but not on a sale of its own merchandise. Uber is taxed as a digital intermediary, but a taxi firm with its own app isn’t. When legislation is rushed, it often ends up defying logic. The OECD’s cautious, lengthy process is meant to arrive at a result that won’t be easy for anyone to shoot down.

Since the wait for this result is almost over, it makes little sense for individual countries such as Austria, Italy, Spain, Slovakia and a number of nations outside Europe to push out their own solutions. But they’re taking less of a risk than France with the US: Mr Macron just had to be the first to stick his neck out. Mr Le Maire said on Tuesday that the EU would retaliate for any “new US sanctions” – but it’s difficult to expect such a coordinated response when France’s unilateral action is at issue.

There’s little doubt that Internet giants, US-based and otherwise, eventually will be taxed worldwide, not just where their headquarters are located. Some politicians may feel it’s not happening fast enough, but jumping the gun only creates unnecessary tension and hurts innocent bystanders such as the French makers of fine cheeses and champagne. France will be thankful to the OECD for the opportunity to pull back from its rash action when the organisation’s tax proposal is ready next year – hopefully before the US tariffs bite. BLOOMBERG 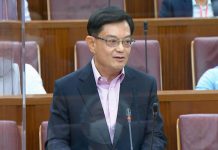 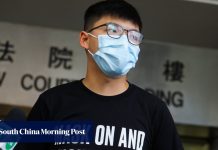 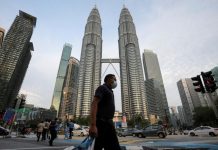 HDB appoints to its board SAF commander, architect and ambassador 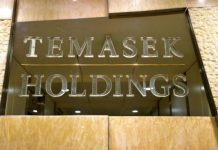