US webcam model accidentally shoots herself in the vagina and survives


KUALA LUMPUR, Nov 26 — A webcam model, who accidentally shot herself in the vagina while recording a video at her home, miraculously survived the shooting.

The model, Lauren Hunter Daman, 27, was alone in her room when the firearm was discharged in Thomaston, Georgia, USA, Daily Star reported.

Police arrived at the scene to find a paramedic, who was holding an unloaded handgun and a spent 9mm bullet casing, telling them that the victim had accidentally shot herself in her vagina.

Gun owner Jordan Allen told police that he rushed into the bedroom from the kitchen after hearing a gunshot.

Allen said that Daman had a “small amount of blood” on her leg and she was apologising when he came into the room before she went on to explain that she had shot herself by mistake.

He told authorities that she has subscribers on a sexual web platform called Chatter and that she “makes sexual videos of herself and people pay her to see them”.

Fellow housemate Addie Ruth Johnson confirmed that the model had shot herself.

Daman was taken from her home to the Upson County Sheriff’s Office, where a helicopter then airlifted her to a hospital for treatment.

Authorities have classified the incident as “reckless conduct” and it is unlikely that they will press any charges.

See also  China is a professional when it comes to political word play, but the US is catching up
Share on FacebookShare on TwitterShare on LinkedInShare on Reddit
asianewsdayNovember 26, 2021 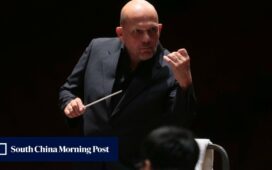 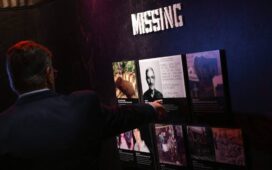 US drought exposes murky mob past of Las Vegas 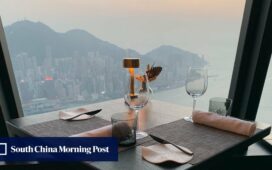 8 most romantic restaurants in Hong Kong: from Michelin-starred Écriture and Tirpse, to knockout views atop the ICC at Odyssée and Tosca di Angelo sure to dazzle any date