LONDON (BLOOMBERG) – American and European Union travellers who have been fully vaccinated against coronavirus will no longer need to spend 10 days in quarantine after they arrive in England.

Under plans backed by British ministers on Wednesday (July 28), international leisure cruises will also resume after being put on hold for more than a year.

The reforms to travel rules will allow visitors from the US and most EU countries to enter the UK on the same basis as Britons who have received two Covid-19 shots. UK residents are are no longer required to self-isolate when returning from most medium-risk countries.

More details are expected to be announced later on Wednesday. The rule change initially applies to England, but other nations in the UK have generally followed the same regimes for international travel.

The plans will deliver a significant boost to Britain’s aviation and travel sector, which has lagged the recovery in continental Europe.

This summer, American tourists on European holidays have largely bypassed the UK to avoid quarantines. And while vaccinated Britons can travel with less hassle to Spain or Portugal, EU residents haven’t been able to easily get to tourist attractions like the Tower of London.

While the UK decision will ease the barriers to travel from the US, the Biden administration isn’t likely to reciprocate any time soon. Last week, the US advised Americans to avoid travelling to the UK because of a surge in coronavirus infections.

Low-cost carriers such as Ryanair, EasyJet and Wizz Air have added capacity, though most of the action is still in the EU. The UK’s easing means more relief is on its way.

“This is absolutely positive,” Wizz Chief Executive Officer Jozsef Varadi said in an interview, referring to EU-UK travel. “It’s a move that is long overdue and needed to happen. It makes sense for both parties.”

Shares of EasyJet, most dependent on the UK among the three discounters, advanced as much as 5.3 per cent on Wednesday. Ryanair added 2.6 per cent and Wizz, which has been expanding into the UK from its Hungarian base, gained up to 6.9 per cent after predicting a return to pre-pandemic capacity levels by August in its quarterly results report.

British Airways owner IAG SA, which would benefit from more traffic between the UK and the US, rose as much as 4 per cent.

Under rules that went into effect this month, Britons with both doses of a Covid-19 vaccine no longer have to quarantine for 10 days after returning to the UK from more than 100 countries on the so-called “amber list” of medium-risk locations.

Instead they must take Covid-19 tests before setting off on their journeys to the UK and again after arriving. Similar rules on testing are expected to apply to travelers from the EU and the US, under the reforms drawn up by ministers. 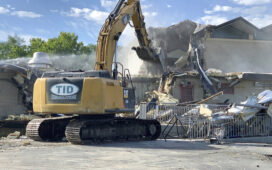 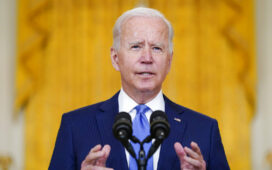 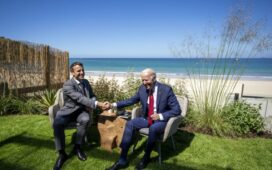