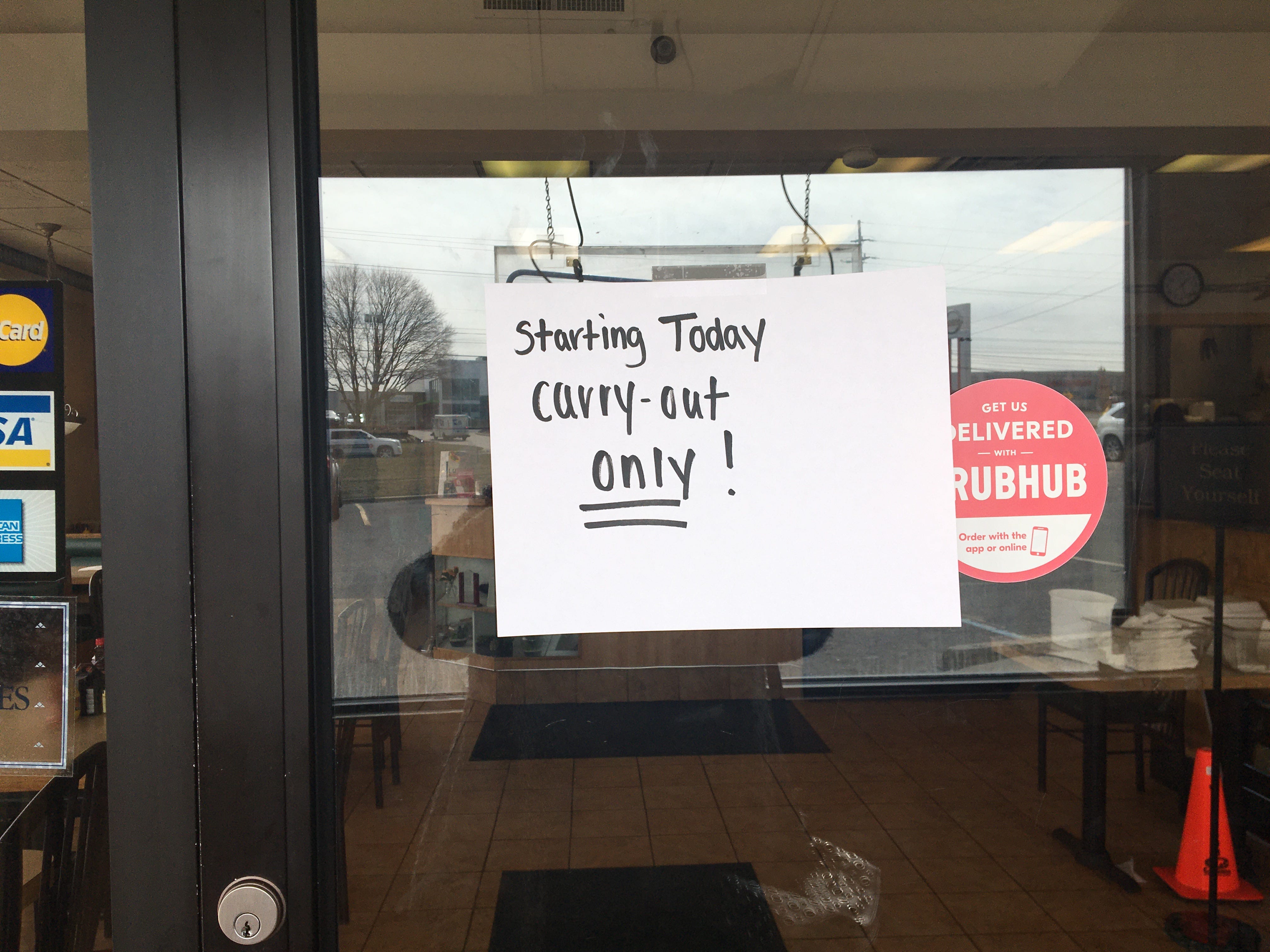 Most people are thrilled — and admit it, you probably have a string of reasons — to kick 2020 to the curb.

But honestly, what’s next? Will the economy in 2021 really be all that much better? How much will the ongoing fear of contracting the coronavirus or worries about never finding another job keep us up at night?

For more years than I care to count, I’ve gathered economic forecasts to try to spell out what we might expect in the new year when it comes to things like car sales, jobs and the stock market.

But if we’ve learned anything in 2020, shouldn’t we have discovered that fear — and a few flops — can really throw everything for a loop? Realistically, we need to recognize that a great deal of uncertainty will just move along to another spot on a new calendar.

21 stocks to buy in 2021: Disney, AutoZone and PayPal are among them, stock experts say

No car?: San Francisco, D.C. among best cities to live without vehicle

Things turned out far worse in 2020 than many would have ever imagined last December, just a year before the grim news that 1 in 1,000 Americans ended up dying  of COVID-19 by around Christmas.

And oddly enough, some things turned out better than we anticipated after the pandemic hit. The economy — and the stock market — recovered more quickly than many imagined during the darkest days back in March when businesses first temporarily shut down in order to stem the spread of the coronavirus.

The year was not a financial fiasco for everyone.

Some say we’re looking at a V-shaped recovery – now fueled by hopes that the vaccine will put a stop to the pandemic later in 2021.

The biggest upside, economists say, could happen if the coronavirus cases and deaths tumble, thanks to the vaccine. The risk is that this pandemic drags on far longer than anyone imagines.

Charles Ballard, professor of economics at Michigan State University, admits that a bigger caveat than usual might be needed in 2021 when it comes to economic forecasts in the midst of the coronavirus pandemic. Overall, he expects 2021 to be better than 2020 but risks remain.

“Progress on the economic front depends crucially on progress against the virus,” Ballard told me.

“We Americans have done a lousy job with masks and distancing, and that means that the vaccine is even more important than it would have been,” he said.

“If we get COVID under control reasonably well, I expect a surge of hiring in the late spring and early summer.  When that happens, employers will invite workers back, but they will want those workers to be vaccinated,” Ballard said.

Just imagine all those spur-of-the-moment lunches out, the flights we could book to see family and friends, the cars we might buy if we’re driving to work, the vacations we might reschedule if we’re not fearful of getting sick.

Still, it might take some time for many people to regain their financial footing and their faith that they won’t risk contracting the virus.

“Even under the best scenario,” Ballard said, “the economy has been undergoing a massive shock, and it will take time to recover fully. I would love to see the economy look fairly normal in the second half of 2021, but it may take until well into 2022.”

What might we expect for 2021? Here’s a snapshot of some predictions:

Light vehicle sales currently are projected to hit 15.2 million in 2021, up from an anticipated 14.4 million sales in 2020, according to Jonathan Smoke, chief economist for Cox Automotive.

“We would expect to see improving sentiment as vaccinations ramp up and consumers become more optimistic about the future,” Smoke said.

It won’t be a smooth ride.

“The winter months will be the most difficult,” Smoke said. Sales momentum has slowed since September as COVID-19 cases surged and the U.S. economic growth stalled somewhat.

Consumer demand is likely to accelerate in the spring after some added cash flow, Smoke said.

Families will receive a second round of stimulus payments in January amounting to up to $600 for singles who qualify and up to $1,200 for a married couple with no children. An extra $600 is available for qualifying children ages 16 and younger.

Tax refund money will be on the way for many households come February, March and later.

“But three factors will likely limit the total potential to remain under 16 million sales in 2021,” Smoke said.

“Supply will continue to be constrained as COVID weighs on global production and the supply chain. We expect supply disruptions through at least midyear,” he said.

“Credit is likely to remain relatively tight, limiting subprime demand in the new vehicle market as it did in 2020.”

Tight credit — on top of record high prices for cars — will make it harder for many consumers to afford a new car. “Affordability will continue to limit total potential demand,” Smoke said.

Higher income households can afford to spend, though, and they’re likely to be big buyers of new cars and light trucks after they have built up plenty of savings during the pandemic, said Mark Zandi, chief economist for Moody’s Analytics.

“There will be a significant amount of pent-up demand for vehicles that will get unleashed on the other side of the pandemic by summer 2021,” Zandi told me.

Jobs: Hiring could be touch-and-go in some industries

Many will still be without paychecks in 2021.

“The problem is that the bulk of the lost jobs are not coming back, even after the pandemic is in the history books,” according to Zandi’s outlook released Monday.

He warns that business travel isn’t as likely to recover as quickly as tourism. Many companies now have embraced Zoom and similar technologies as a way to cut costs, he said.

Many retail jobs at the mall will be lost forever as stores close and sales continue to be lost to online competition. Some restaurants and other businesses may never reopen.

In addition, Zandi and others express growing concern about job cuts that are likely to continue at the local and state government levels.

“Most states are required by their constitutions to quickly eliminate their deficits,” Zandi wrote, “and they have no explicit way of issuing debt to pay for operating expenses. Since federal lawmakers failed to come through with any further help to fill their budget shortfalls, state and local officials must come up with an estimated $170 billion to $300 billion in budget cuts over the next year and a half.”

Zandi does not expect the “economy to be back in full swing until late 2023.”

“It will take that long for the economy to recover the nearly 10 million jobs it is still down since the pandemic hit, get everyone who left the workforce during the pandemic back in and reduce unemployment to our 4% estimate of full employment,” he said.

Gus Faucher, the chief economist at PNC Financial Services Group, and others note that the jobs picture in 2021 will be cloudy for some people who may find it tough to switch industries and learn new skills or find themselves taking pay cuts.

Stocks: The pandemic will set the tone on Wall Street

Some market watchers see more room for gains in 2021 and later — particularly among beaten down stocks like the airlines — if the economy continues to rebound as the vaccine rollout continues.

The stock market overall has been whooping it up over the possibility of an end to the global pandemic.

Some experts say that cash that has been on the sidelines could fuel more growth for stock prices in the new year.

The bullish bias suggests that the Standard & Poor’s 500 index could post gains in the 9.5% range in 2021, according to the investment research firm CFRA.

Sam Stovall, chief investment strategist at CFRA Research in New York, said the forecasts for 2020 were way off because no one anticipated the pandemic.

The forecasts didn’t call for a recession in 2020 but one began in February 2020, according to the National Bureau of Economic Research – which is the official source for declaring the beginning and the end of economic cycles in the United States.

Later, Stovall said, many didn’t anticipate the rapid V-shaped recovery that followed. The U.S. economy grew at an amazing 33.1% annual rate from July through September, according to data released in late October by the Bureau of Economic Analysis.

When the Fed announced an emergency move to cut rates to near 0% on March 15, the economy and the stock market received much-required support. The Fed made other significant moves to shore up financial markets and give investors more confidence in the long-term outlook.

Many companies also regrouped and resumed production in the late spring or summer with new safety protocols. Some jobs enabled people to continue working from home and the U.S. economy was able to roll along better than many first feared.

How you feel about the economy in 2021 will reflect where you worked and how well off you were financially before the pandemic began.

“Lower-income workers with lesser skills and education are far and away the most serious financial casualties of the pandemic,” Zandi said.

Many times, these workers cannot work from home and may be more likely to get sick.

“They generally have poorer health care, had little in savings prior to the pandemic, don’t own stocks and probably don’t own a home,” Zandi said.

The second round of stimulus payments — plus a $300 weekly boost to jobless benefits for 11 weeks — will help many struggling families cover their bases.

The new year does offer more hope than many felt throughout much of 2020.

Gabriel Ehrlich, director of U-M’s Research Seminar in Quantitative Economics, told me that news on the vaccine front generally has been better than expected early in the fall.

“If the rollout of the vaccines goes well,” Ehrlich said, “I think the strength of the recovery next year might surprise some people.

“Higher-income households have been spared the worst of this recession, and their spending should help drive a recovery in the hardest-hit sectors such as leisure and hospitality as the vaccines roll out,” Ehrlich said.

We will see how it all plays out. For now, we will wear our masks, stay home when we can, stand 6 feet away from others when we’re out, keep an eye on the vaccine rollout — and raise a toast to cautious optimism for 2021. 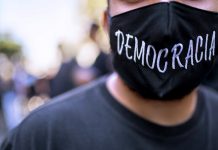 Hola, President Biden. Latin America Has a Message for You.

Why international stocks could outperform U.S. markets this year 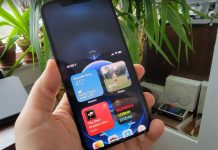 There are a bunch of hidden menus on your iPhone: Here's how to use them 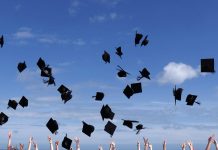 How educational costs might change in 2021 under the Biden administration