Venice film festival 2022: The 10 best movies, from Brendan Fraser's comeback in The Whale to Cate Blanchett's award-winning turn in TÁR


The 79th Venice International Film Festival has drawn to a close after an intense 11 days.

Florence Pugh didn’t turn up to the press conference, further fuelling rumours that she and Wilde are feuding. Then Harry Styles allegedly spat at co-star Chris Pine at the official screening – although both have since denied it.

Thankfully, #Spitgate wasn’t the only thing to take away from this year’s impressive line-up, which saw the Golden Lion award for best picture go to Laura Poitras’ documentary feature All the Beauty and the Bloodshed.

Below are 10 of the most memorable movies that unspooled on the Lido.

The “Brenaissance” trended on social media, as Brendan Fraser’s comeback was announced via a stellar performance in Darren Aronofsky’s The Whale.

His role as a man suffering from crippling obesity, confined to his flat as he desperately reaches out to his estranged daughter (Sadie Sink), didn’t sit well with everyone, with some critiquing the film as “fat shaming”.

You might argue that Aronofsky has ploughed this terrain before, with his Golden Lion-winning 2008 film The Wrestler also focusing on a father-daughter relationship.

But there can be no argument about Fraser’s contribution: a career-high turn as an emotional wreck washed up on the shore of life.

Shown in competition on the first day, Todd Field’s splendid TÁR immerses the viewer wholeheartedly in the rarefied world of contemporary classical music.

Rightly awarded best actress, Cate Blanchett gives a titanic performance as Lydia Tár, a high-achieving conductor who begins to lose her grip after a series of events turn against her.

Supported by an excellent cast – including Nina Hoss as Lydia’s lover – Blanchett hasn’t been this commanding since Woody Allen’s Blue Jasmine, which won her an Oscar.

Playing at times like a #MeToo psychological drama, it left a lot to digest. 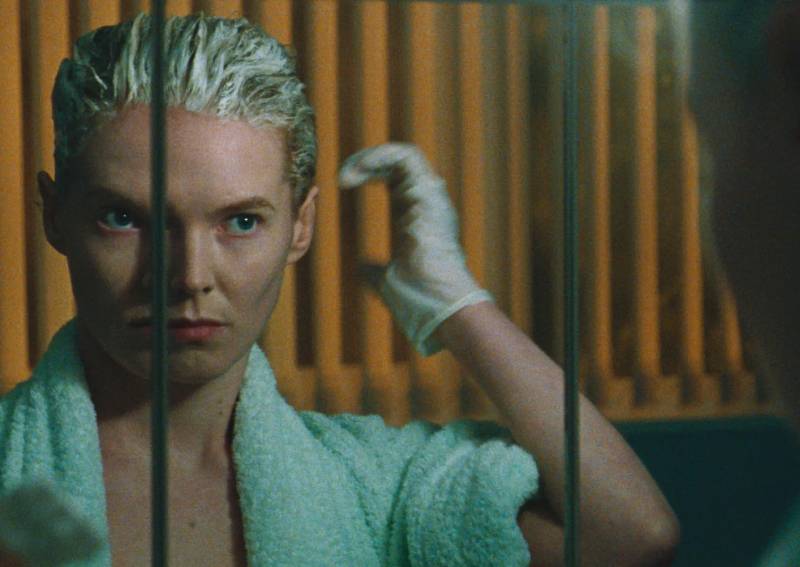 British writer-director Georgia Oakley’s feature debut might have arrived in the wake Russell T. Davies’ award-winning 1980s-set gay TV drama It’s a Sin, but it was no less potent for it.

Set in 1988, just as the Thatcher government introduced Clause 28 in the UK, which prohibited “the promotion of homosexuality”, it stars Rosy McEwen as Jean, a school gym teacher whose sexuality is hidden from those she works with.

A story that simmers, never overplaying its hand, the film won the people’s choice award in the Giornate degli Autori (Venice Days) strand where it featured.

The Banshees of Inisherin

In a festival where the lengths of standing ovations was reported ad nauseam, Martin McDonagh’s Irish fable received one of the longest (13 minutes, in case you care).

McDonagh’s last film, Three Billboards Outside Ebbing, Missouri, began its road to Oscar glory in Venice, and there’s no reason why this can’t do the same.

The film is set on a remote island off the coast of Ireland, where the civil war rages, and the festival’s best actor winner, Colin Farrell, excels as a shepherd who suddenly finds his old friend (Brendan Gleeson) no longer wants to talk to him.

The fallout is spectacular, with McDonagh’s script, also awarded a prize, an absolute gem.

Shot in secret, Ti West’s highly enjoyable Pearl is a cleverly minted prequel to his film X, which premiered earlier this year at South By Southwest.

This time, she plays Pearl in her younger years, growing up on the farm with a strict mother and wheelchair-bound father.

This gory and darkly funny tale will play well to horror fans, but it also confirms – as if we didn’t already know it – what a talent Goth is.

There were two Penelope Cruz films doing the rounds at this year’s Venice.

The Spanish film On the Fringe proved a rather muddled tale of evictions and economic despair, but this Italian competition entry by Emanuele Crialese was far more compelling.

Set in 1970s Rome, the film sees Cruz play mother-of-three Clara, whose marriage is falling apart amid infidelity and abuse.

Her eldest child also identifies as male, despite being assigned female at birth.

In a moment of catharsis, perhaps, Crialese also revealed at the festival that this was based on personal experience and that he is a transgender male. 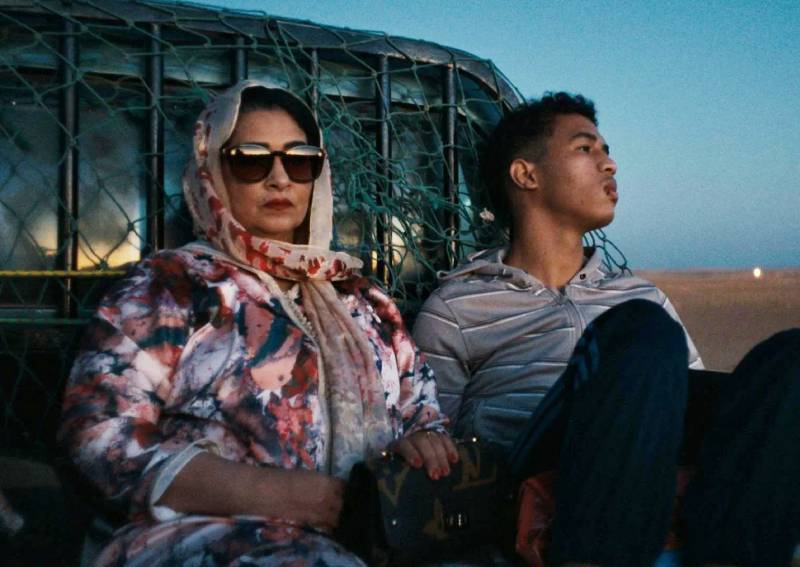 In the Venice Critics’ Week sidebar, British-Moroccan filmmaker Fyzal Boulifa delivered on the promise shown by his 2019 debut Lynn + Lucy.

This Moroccan-set drama couldn’t be more different, on the surface at least, to that earlier story of two female friends from a public housing estate in Essex, eastern England.

As issues of morality, money, religion, sexuality and guilt swirl around, the result is a surprising and delicate work.

The Ghosts of Richard Harris 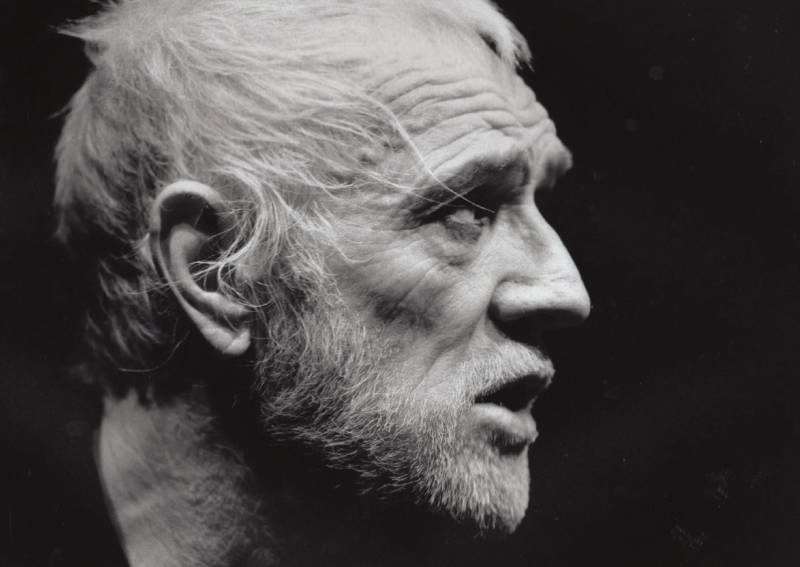 Movie-themed documentaries were scattered through this year’s selection, including the hugely enjoyable Bonnie, about Hollywood casting director Bonnie Timmerman.

But topping it was Adrian Sibley’s touching look at actor Richard Harris.

Examining the actor’s legacy, from his Cannes-winning turn in This Sporting Life to Dumbledore in the early Harry Potter films, the film paints a complex portrait of the Irishman, who was far more than the hell raiser the media loved to paint him as.

His sons Jamie, Damian and Jared Harris are among the contributors, and scenes of them sifting through his remaining possessions in a storage unit, finding one of his many poems scrawled in a notebook, are very moving.

There were several made-in-lockdown movies this year, including Steve Buscemi’s The Listener, starring Tessa Thompson as a home-alone helpline volunteer.

As they visit a near-empty hotel, a building that they lived in years earlier, strange noises and sightings occur, although this is more at the Henry James end of the spectrum than, say, Paranormal Activity.

While Hogg explores this indelible mother-daughter bond, the story is slight, but it’s rich in atmosphere.

Following his Oscar-winning The Father, Florian Zeller adapts another of his hard-hitting dramas of the mind.

While the former concerned dementia, this deals with depression.

Hugh Jackman gives a storming performance as Peter, the patriarch who feels at an absolute loss when his teenage son Nicholas (Zen McGrath) slides into an anguish he simply can’t escape.

The film is very heightened, ramping up the melodrama, and perhaps won’t win the plaudits that The Father gained.

But there are some real button-pushing scenes, and anyone who has dealt with a family member or friend suffering from depression will surely find this grimly compelling.